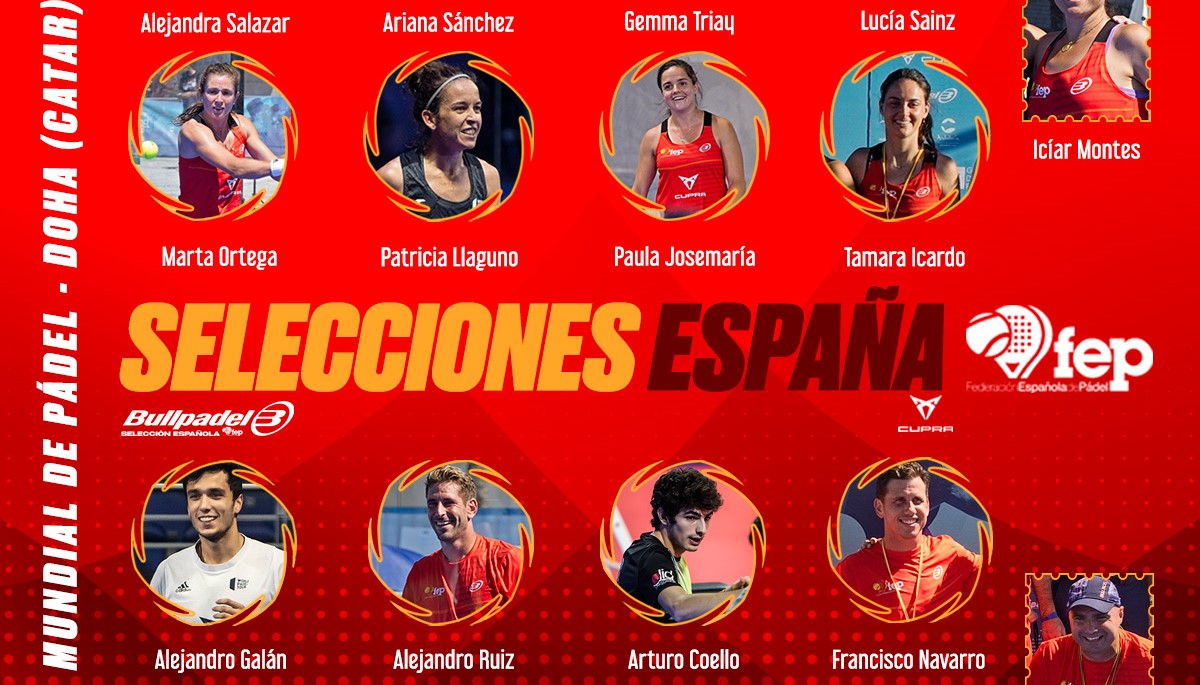 The coaches Juanjo Gutiérrez and Icíar Montes have formed their teams who will fly to the 15th world padel in doha. Duel at a distance where Spain meets the Argentine armada.

The Spanish Federation of Padel can be proud of its teams. As always, Spain and Argentina will compete for the title of world champion in the November 15 to 20 in Qatar.

In the men's section, Spain will be represented by:

The coach Juanjo Gutiérrez will lead a particularly young team on paper with an average age of under 25. It is neither more nor less than the best Iberians in the WPT ranking who will be present in Qatar.

Another interesting element, this will be a first in a world of padel for half of the Spanish captain's team: Alejandro Ruiz, Jorge Nieto, Jerónimo González, Javi Rico and Arturo Coello. For Coello it is even a first selection.

Paquito Navarro is already one of the veterans since he will be the only one over 30!

The last time Spain won a World Cup was in Mexico in 2010 (Riviera Maya). And it will present itself once again as an outsider against the Argentines.

The favorite female team… as always!

In the ladies' team, the FEP announces the color: it will be the big favorite of the competition. Even if, as with the men, it will be necessary to face Argentina, the eternal rival.

The captain Icíar Montes offers us a very experienced team. Half of the players in the group have already been world champion in 2018 in Paraguay. 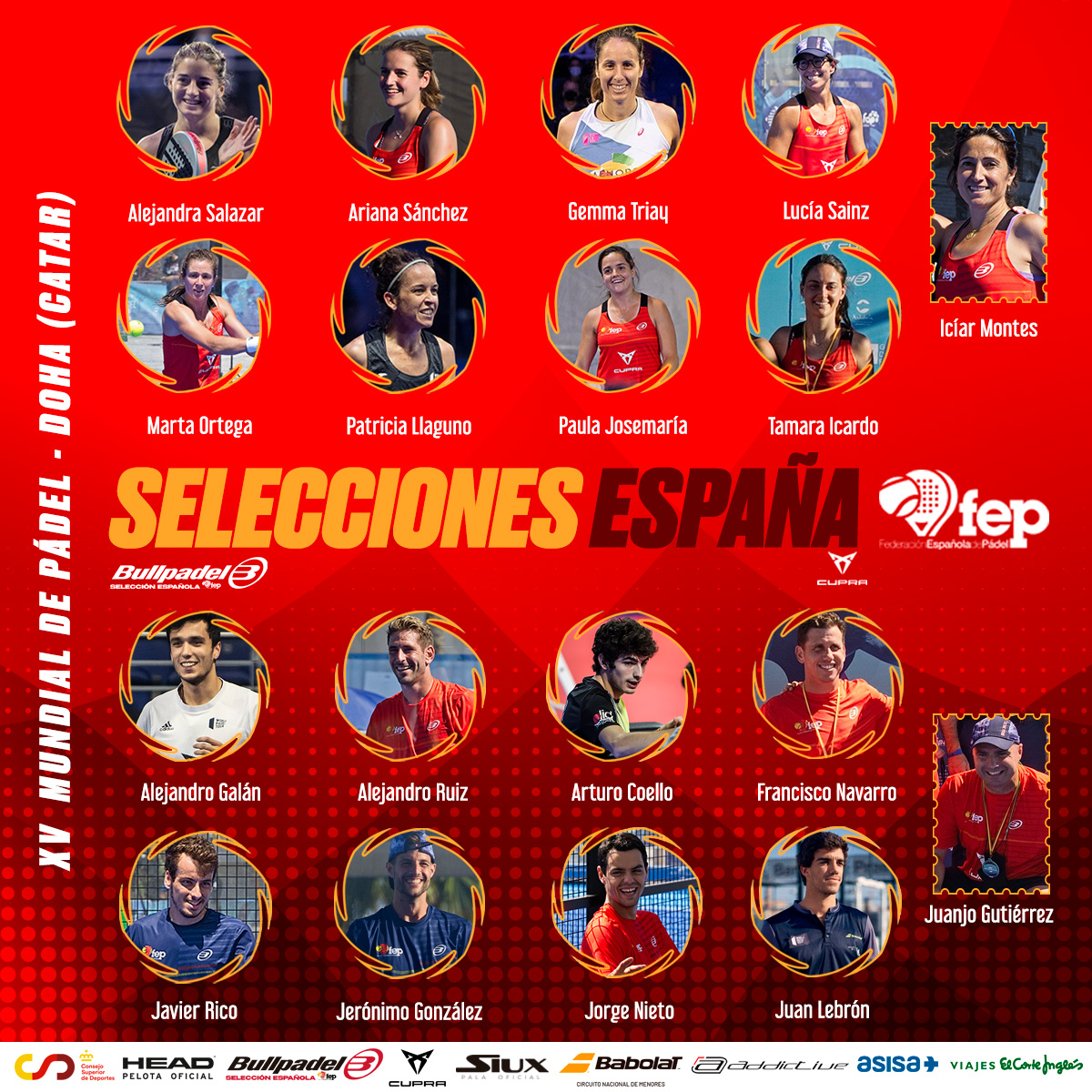