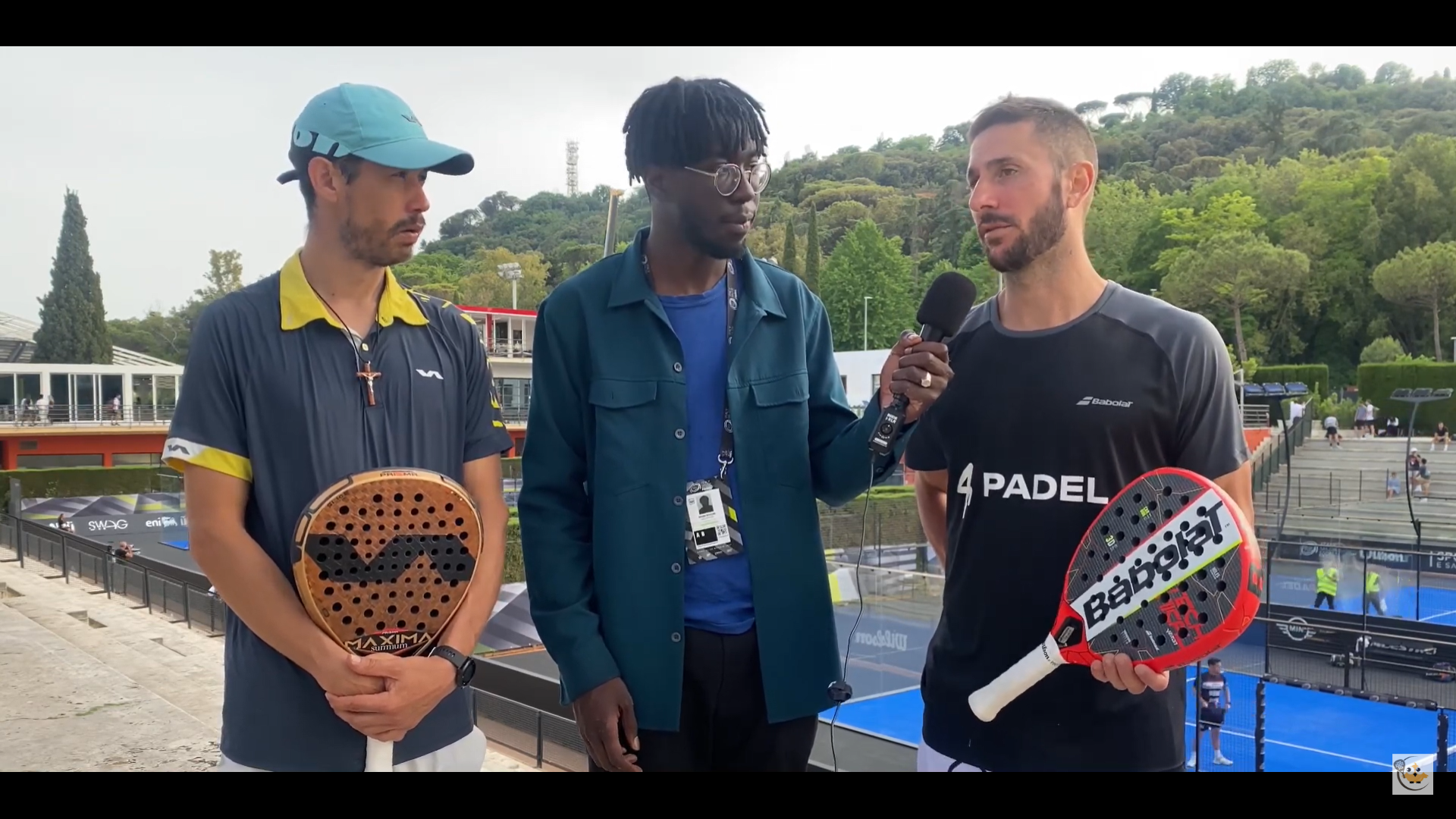 Winners against the pair Blanqué / Senoran, Max Moreau and Pablo Acevedo spoke at the microphone of Padel Magazine yesterday after their match to analyze their meeting and their course in these qualifications of the Italy Major Premier Padel.

Padel Magazine : How does it feel to have won against Bastien (Blanqué) and his partner?

Max Moreau : " Thrilled. Always happy to win and to have one more victory. A little weird feeling, we were good when we attacked but it was a little more complicated in defense. So we managed to get by today it's very good and tomorrow, we want more tomorrow.

Padel Magazine : The conditions were special, with a weather that changed a lot in a short time. Could it have disturbed you or in the end you were able to manage?

Max Moreau : “In the end, not because we had ball changes at 9 games and 11 games. So with new balls we always tend to want to hit and that's not so bad. It is especially that the ground is still slow and that it fuses. It's a weird feeling. Anyway it's 40 degrees here, it's very very hot, it's not as if there was a drastic change, but where you're right is that at some point there was a cloudy sky (therefore less sun) and a bit of wind that picked up. We had to manage to adapt and I think we did it well today.”

Padel Magazine : Pablo, how did it feel to play against Bastien, with whom you played on the WPT Brussels less than a month ago?

Padel Magazine : Last question, how does it feel to play this type of competition? What are your expectations?

Pablo Acevedo : “We are very happy to be here, in a really impressive setting. We play in a place that has seen the best tennis players in the world, so it's really fabulous. I am also very happy to be able to participate in this tournament with Max, with whom I have already played in previous years and I hope that we will go far in the competition.