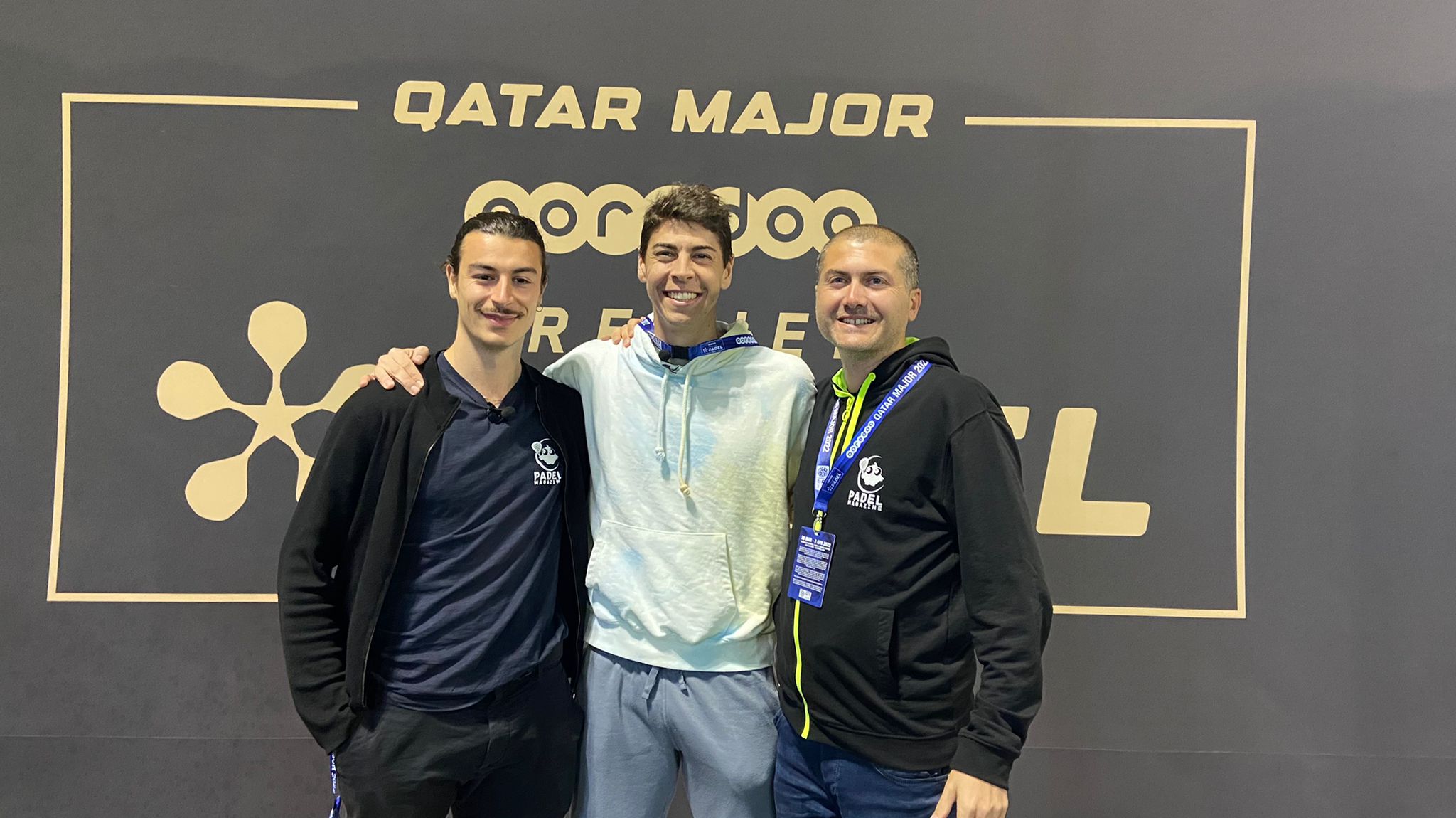 Jose Maria Mouliaa is one of those players often left in the shadows, due to the lack of visibility of those who do not regularly play the main draws of the WPT. With Premier Padel, things change.

"The padel amateur allows the padel pro to have a privileged place among the best sports in the world."

Padel Magazine : Some people don't know you in France, can you tell us how you came to be a pro player?

Mouliaa:“I come from Murcia. I played tennis when I was young but I stopped. When I wanted to resume, no one was playing tennis anymore, people only played padel So I got into it too. Gradually, I started to play really well, and I started to compete. I only wanted to play amateur, but I started to move up the categories, and in 2017 I started on the professional circuit."

Mouliaa:“I think it's very easy to fall in love with the padel, thanks to its social characteristics. At the pro level, it's still a small sport that is growing very quickly. As it develops in so many countries, I think the level of play will jump, and the economic and media repercussion will be felt. the padel amateur allows the padel pro to have a privileged place among the best sports in the world.”

"If this kind of tournament becomes the norm, the padel will change the lives of many people.”

Padel Magazine : You talk about a leap of padel professional. This Premier Padel is one.

Mouliaa:“Yes, it's a very big leap. For me, a player of my ranking, it's the first time that I feel like a player of padel professional. Coming to Doha is a very important opportunity for many players. It's no longer just the players at the top of the ranking who can make a living from padel. You should know that playing padel, it costs money. If this kind of tournament becomes the norm, the padel will change the lives of many people.”

“the level of impact and visibility has greatly increased."

Padel Magazine : On the WPT, with the match broadcast policies, we never saw you on screen. What does it change to be retransmitted?

Mouliaa:“Above all, here they enlarge the picture. On the WPT the majority of tournaments are 24 + 4 pairs, here the pair 56 enters the table. If in addition they televise all the matches of the first round, the level of repercussions and visibility is greatly increased.

“This year the WPT has a Twitch channel, and luckily you can appear. But the reality is that if you don't get to the main board, no one sees you. Here look at everything that is deployed for the first round. It is very important for the players.”

“At the sponsor level, we hope that small logos will appear on our shirts (laughs). For the company that bets on you, it is much easier if there is more visibility.”

“Every point internally is a battle"

Padel Magazine : On a 15-0, I saw you celebrate a point by shouting so loudly! How do you choose when you scream?

Mouliaa:“I scream all the time! All of my matches are tight because I don't make a lot of winners and rallies are long. Each point for me internally is a battle. When this battle ends and I win it, a roar comes out of me. I eat to stay focused in the game."