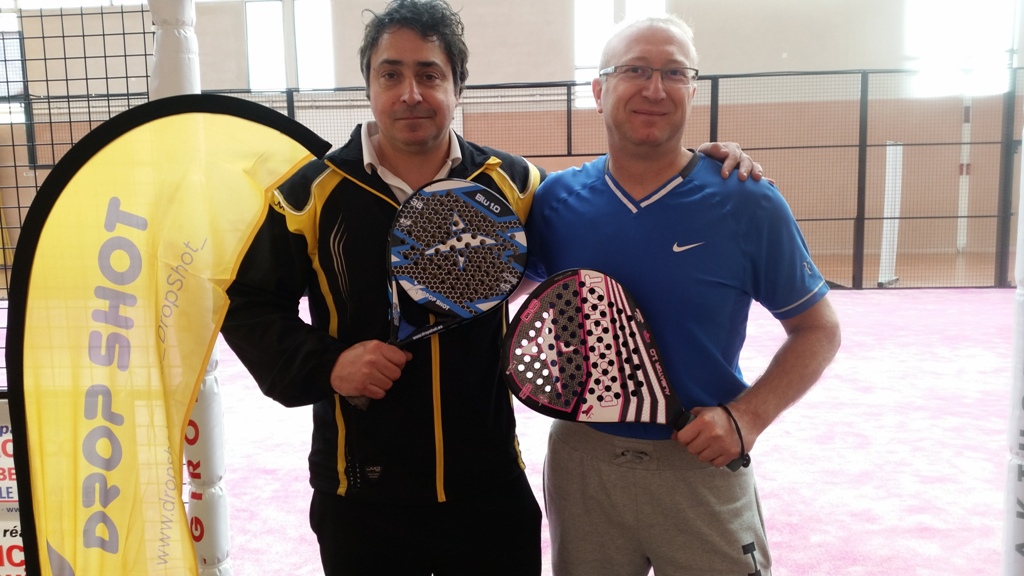 Padel Magazine - Nicolas Magat is the President of the Tennis Club of Saint-Sulpice, he tells us about the padel exhibition which took place in Saint-Sulpice from Thursday February 12, 2015 to Sunday February 15, 2015. A padel track, panoramic, at pink carpet, very pretty, fitted by Kaktus Padel in the city gymnasium. Free entertainment, exhibitions, trials and padel at will for all those who want to test.

Hello Nicolas, How did you find out about the Padel ?
I discovered the paddle through Laurent Barthe of the DropShot company, we had built two beach tennis courts together, and he made us discover the paddle with rackets explaining the rules, the foundation of the sport by its appearance playful. But I had heard about it too.

Who had the idea to make this animation and install this land here?
Together with Mr. Barthe and myself. We needed a space to present this sport and this incredible terrain. As soon as the opportunity arose to put padel, we discussed it and it's done in 15 days only.

Did you promote around this padel event? Is it free?
Yes, an article in the newspaper The dispatch of the South and an email sent to all tennis licensees of the Tarn, and the entire mailing list of the tennis club Saint Sulpice. We also used social networks such as the facebook club that worked very well. We tried to communicate as much as possible.

It was totally free for everyone, people, players or not, children and adults, tennis, paddle, Beach and elsewhere have tried again and again from 10h to 20h.

What was the attendance on these 4 days?
Not a single moment when the ground was empty. There has always been a continuous scramble to try the padel with a big influx on Saturday afternoon. We had the visit of Mayor Dominique Rondi-sarrat and Assistant Sport Louis Vincent Brunet who became totally bitten padel. We even did a demo with local padel players on Saturday afternoon. A total success. A hundred people came to try this sport during the 4 days.

On what you saw during 4 days of entertainment, do you think the padel can walk in Saint-Sulpice?
Clearly yes, we have experienced players and children, we have fun very easily even for those who do not know how to play or who have never played a racket sport. And for the confirmed players, there were also some beautiful games. There is something for everyone.

Do you have a padel project for the tennis club of Saint-Sulpice?
Yes, a project exists, not in the short term but in the medium term. For 2017.

Are there things that will be planned soon for the Padel?
If we can do it again with several clubs in the Tarn we could do a free animation with the departmental committee of Tarn with the participation of clubs Tarn who wish. With a big communication in a city where there is no padel yet. To develop the padel in the Tarn it is important to go and show the padel to people who do not know yet.

What is your ambition around Padel ?
Install a first field on the club of Saint Sulpice and more if affinity. And there are definitely going to be a few teams that are going to make the tournaments of Padel In the region.