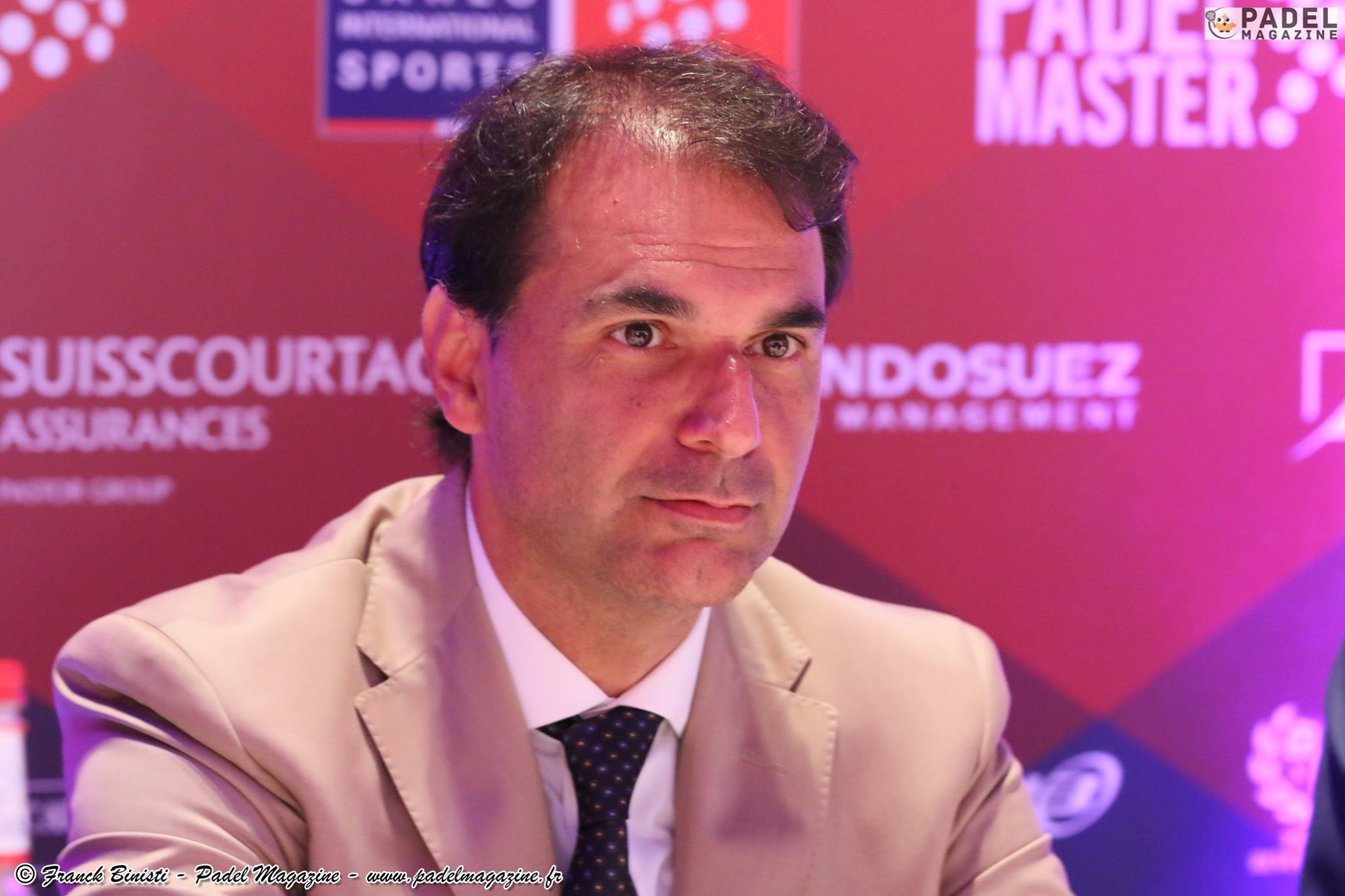 Can we make an assessment on the Monte Carlo Padel Master 2016?
It's a very good year. First parque we had bet to launch the tournament women this year. And that was done! It's a big success. If unfortunately we lack space in the marquee to play all games, the first ladies' rounds were played in Beausoleil.

What is going on now? New surprises for next season?
Tennis Padel Soleil will further expand its sports equipment with the establishment of an indoor paddle structure. Both lands will be covered. This will be the first indoor club in the region. Players will be able to play all year long.

As for the next season of the Monte Carlo Padel Master, we are already thinking about it. But first, we must breathe on this big year and make an overall point with the whole team.

Fabrice Pastor always wishes better and we do not know yet what he reserves for us.

A blogger asked us why ladies did not play at the big top?

It is obviously a story of place. With an extra competition, the only pitch in the marquee could not accommodate all the matches. It was technically impossible to do. That's why we've decided that all this year's games will be played in Beausoleil on his extraordinary new installations.

From the half, we had the ladies. And it was a big show with a half size suprise with the twin sisters who lost in 3 sets.

We could not offer ladies matches from the quarters?

Really complicated for several reasons. First, you have to play 4 extra games. Not easy to get everything back while the men must start their games in the early afternoon. And you have to be equally between all pairs, some can not play in the marquee while others are in Beausoleil. It would not be fair.

Then there was an event scheduled for Friday morning. The PRO AM. It was about bringing in a few stars to develop our sport. This type of event has an impact on competition and tournament communication. It is therefore an important moment. Didier Deschamps came to play padel this Sunday and it was and will be a good time for the continuation of the development of the tournament and more generally of the padel.

This type of event is very important because it allows to bring the public to this sport.

In the future, this element can evolve?

I hope so. A beausoleil, we will already have short cutlery. And that makes it easy to adapt programming much more easily. The priority is the development of our sport. So we will try to adapt with these additional means. But if the women's tournament is important, we can not leave the PRO AM, a very important event in our development and the padel.

Concerning your own news, will you come to live in France to coach the Padel players at Tennis Padel Soleil?
(Laughter ...) It is expected that I get involved more and more at the Padel Soleil Tennis Club. But I will continue my activities in Spain. My daughter is one of the best players in the world so I will try to follow her for a while in Madrid.

But I like to coach, it's my job and my passion. Coming to France to Padel Soleil could be a news but a little later. On the other hand, Gaby Reca is involved in the club right now since he will spend a lot of time here.

Regarding the level in France, what do you think?

France is a country of racket. And she has tremendous potential. For the moment, it is far from the best, but in 4 or 5 years, we could see emerge very good French pairs.

To come back to your book, it's not an ultra-technical book, but rather a book on tactics, on your own experience in coaching?

Yes perfectly. It is a book that does not focus only on the technical aspect of the padel, but also and especially on the tactical and psychological part of this sport. We do not realize how special this sport is.

How to play with your head? How to communicate with your partner? My book concerns this aspect mainly. The padel is a very rich sport. Sometimes, there are several possible situations, and in a few seconds we must play the most effective situation according to the placement of the opponents, but also of his own placement and that of his partner. The parameters are numerous and choosing the right or the worst solution is not always obvious.