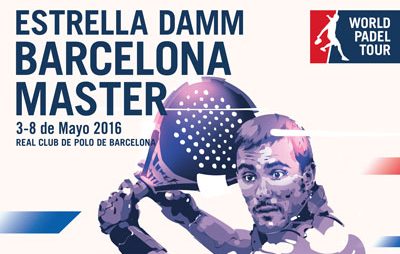 As every Wednesday before a WPT professional circuit tournament, the draw of the Barcelona Master that will take place from 30 April to 8 May took place this afternoon in the offices of the World Padel Tour in Madrid.

This information usually goes unnoticed on this side of the Pyrenees but not this time!

Our French in the ring as soon as we next

Indeed, our two pairs champions of France are part of the teams engaged and now know their opponents in the first round of pre-qualifying.

Laura Clergue and Audrey Casanova will meet, Tuesday May 4 at 10:00 am at the same place as the boys, Ingrid Van Boven Campoy / Paula Manchon Zugasti (120th player in the world). The first named is part of the reigning Spanish team champion. The second, native of Barcelona and aged 16 is one of the great hopes of the padel Spanish female. In case of passage in the second phase, it would be to face Andrea De Los Santos Sarasua / Teresa Anillo Ramirez (pair N ° 27 world) with as supreme reward at the end of the qualifications, a first round of the main draw against Catalina Tenorio / Victoria Iglesias World No. 5 pair.

For their part, Jeremy Scatena and Robin Haziza will face Miguel Gonzalez Garcia (177th World Player) / Roberto Rodriguez Alonso (135ème) on Saturday at 18h00 on the facilities of the Real Club Polo of Barcelona. The first named is 18ans aged and had last season failed to pass the first round of pre-qualifying 6 attempts. The second, native of Venezuela has 29 years and had its best season on the 2015 circuit with some pre-qualifying victories without ever reaching the second phase.

It will play a possible second round against a pair of players around the 100th place worldwide.

This part of the table is seeded by regulars of these preliminary games: Miguel Angel Solbes Llorens (91st) / Christian Ramos Abas (93rd). At the end of a second phase even more raised, the pair which will qualify will meet in the first round of the main draw a legendary player of this sport: Guillermo Lahoz associated with Aday Santana (seeded N ° 7).

Do our French pairs have a chance to access the main draw?

In men, the level of play of these qualifications being so high that obtaining a ticket for the second qualifying phase would be a sublime performance and reach the final table of a historic feat. Some of the best Spanish pairs are stumbling regularly on this obstacle.

As for girls, the goal will be above all to store experience for this first participation in the professional circuit, however, the final table being only three victories, it will remain ambitious and give the means to dream ...

For our two pairs, this first participation of the season in a WPT tournament will inevitably call others and in the end the accumulated experience will be able to be beneficial first and foremost for their game but also for that of the team of France which after A brilliant European campaign in December will seek to qualify this summer for the World Team Championships to be held in November in Portugal.

Our permanent correspondent in Catalonia Jean-Marc Herard will not fail to make you live closer to the matches of our representatives.

Laura, Audrey, Jeremy and Robin, all of France from Padel is behind you, vamosssss!