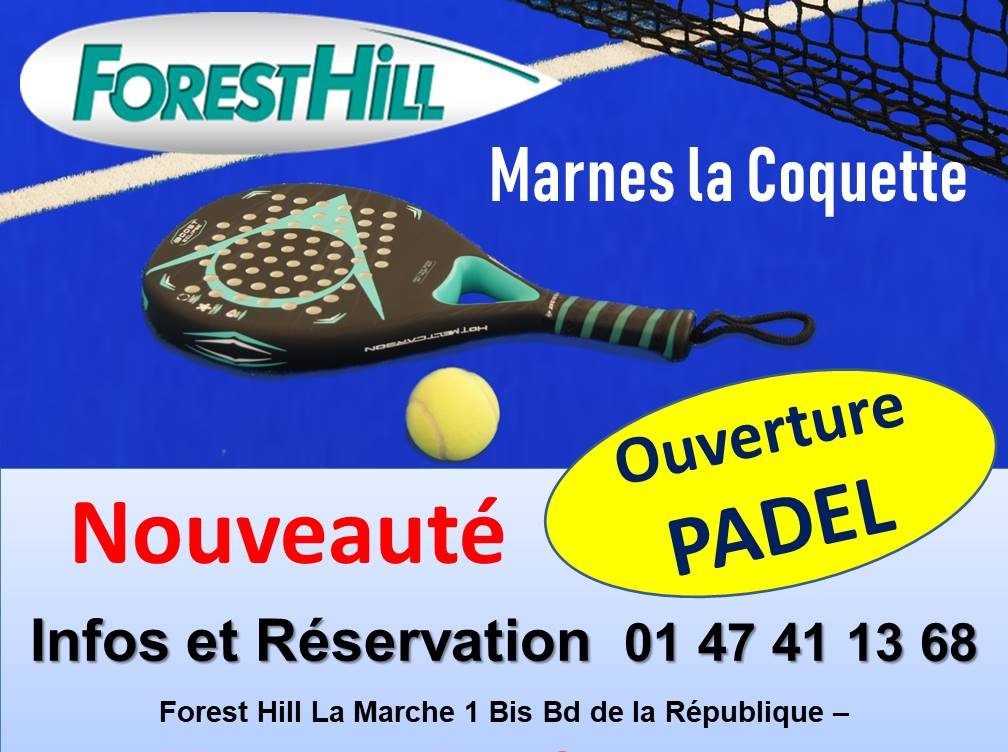 The NEW PADEL CLUB in MARNES la COQUETTE at the Portes de Paris.

The Forest Hill The March present in Marnes la Coquette has opened to Public 2 new covered and heated PADEL courts.

For a contribution of 25 € / pers / year you have access to PADELS with Club House and Locker rooms at rates of 6 € / Pers per hour and Hollow 9 € / Pers per full hour.

Loan of rackets and balls on the spot possible. 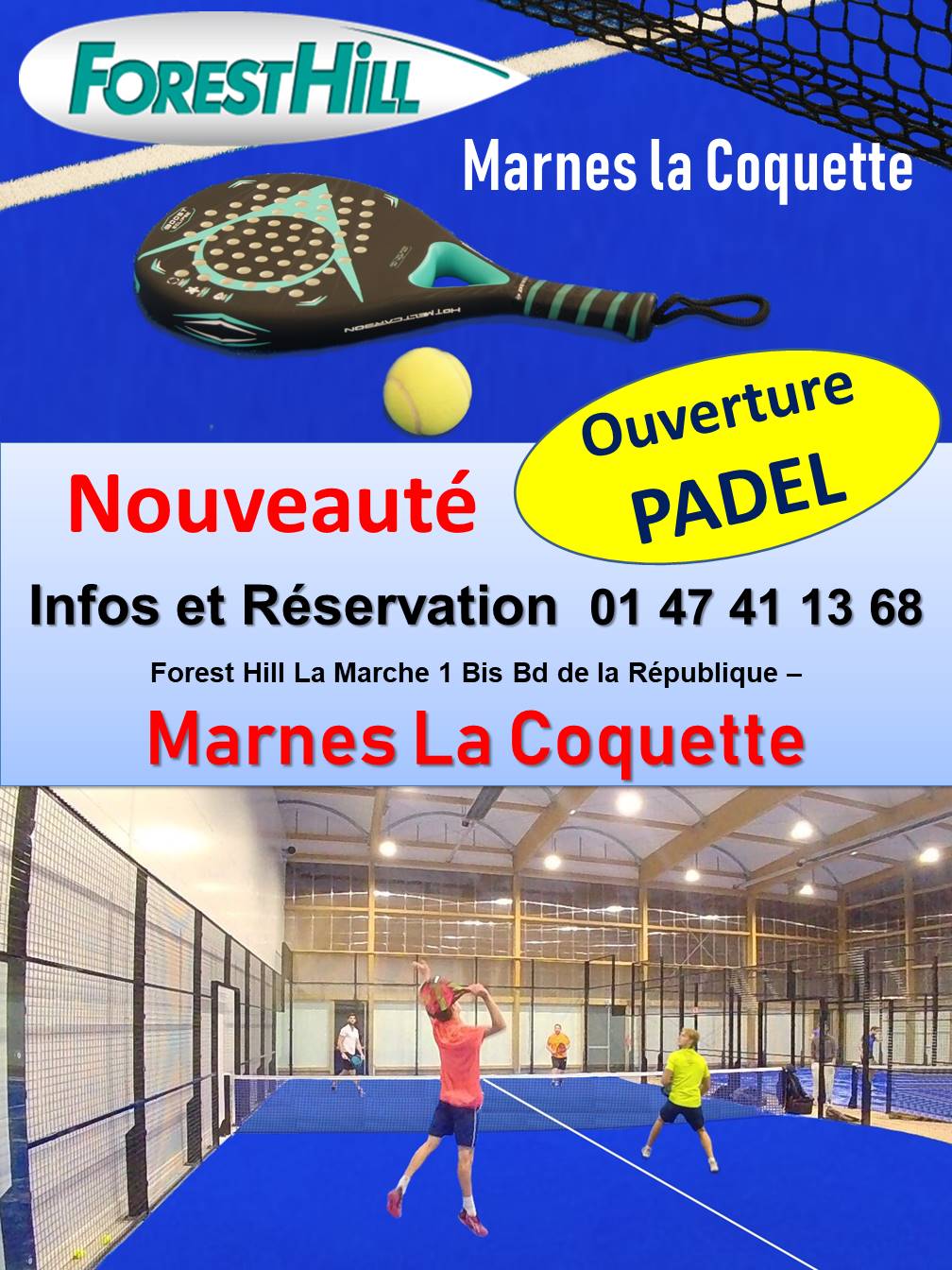