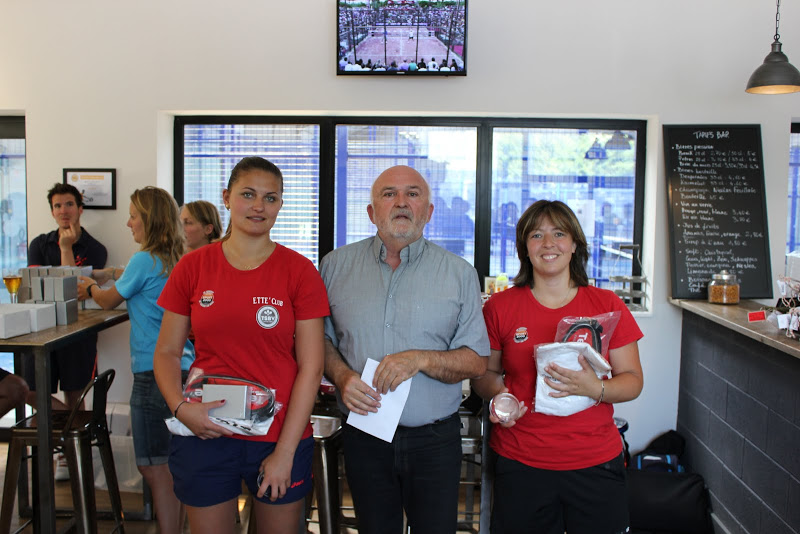 On Sunday June 28, the League of Flanders organized the first regional championship in Padel Attitude to Lesquin. For a first, 18 doubles teams, including 4 ladies doubles, responded.

And the qualified ones are ...

On the women's side, the four teams faced each other in a pool. For some, it was a discovery and an initiation to the activity, for others, a real revelation. It is the pair S.SANNELLI and O.KIK who came out victorious of the hen.

In men, the morning was reserved for the hens and the afternoon, left room for the rankings matches. At the end of the group matches, eight teams were qualified for the quarter-finals. The final matched the pairs J.ROMANOWSKI / T.DULION (TSBV) and P.DESTOMBES (TC Carvin) /S.FIEVET (TSBV).

The two winning teams are qualified for inter-regions, 26 and 27 next September.

In 2016, the league has already planned the organization of several departmental championships with a nice regional final to the key.

An intermediate balance sheet of the league

According to the League of Flanders, there are currently about ten clubs interested in making a padel but only "5 / 6 clubs would be able to build it for 2016".

The grant has not been used yet but a grant file has been sent to all interested clubs.

The two private clubs Padel Attitude and Padel Sensation have been empowered. They are therefore able to make tournaments and dismiss members.

The league also applied for the September inter-regions.