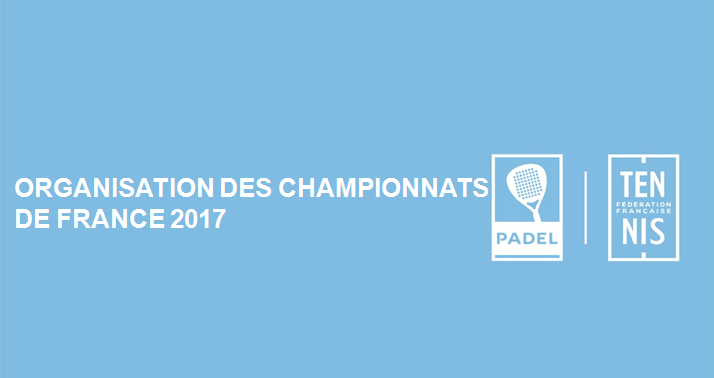 (Extract from the guide of the padel competition)

Description of the phases

The Padel 2017 French Championships include 4 phases:

The 2017 calendar of the interregional and final phases, as well as the places of organization, have not yet been determined.

The Leagues will have until Sunday 16 July to organize their regional championship. Please contact your league for details.

Each regional championship may qualify 2 men's teams and 2 women's teams for the interregional phase.

Each interregional phase will qualify 2 men's teams and 2 women's teams for the finals.

The final phase of the French Championships will bring together 16 women's teams and 16 men's teams.

Categories of the different phases

Departmental Championships organized by the Committees are considered P100.

The Regional Championships organized by the Leagues, are assimilated to P500. .

The interregional phases of the French Championships are considered as P1000.

The final phase of the French Championships is considered a P2000, (P1000 with a coefficient 2) for the points distributed.

Only test in this case in France.

2 format for all games, except for the 1 final (ie, the traditional format)