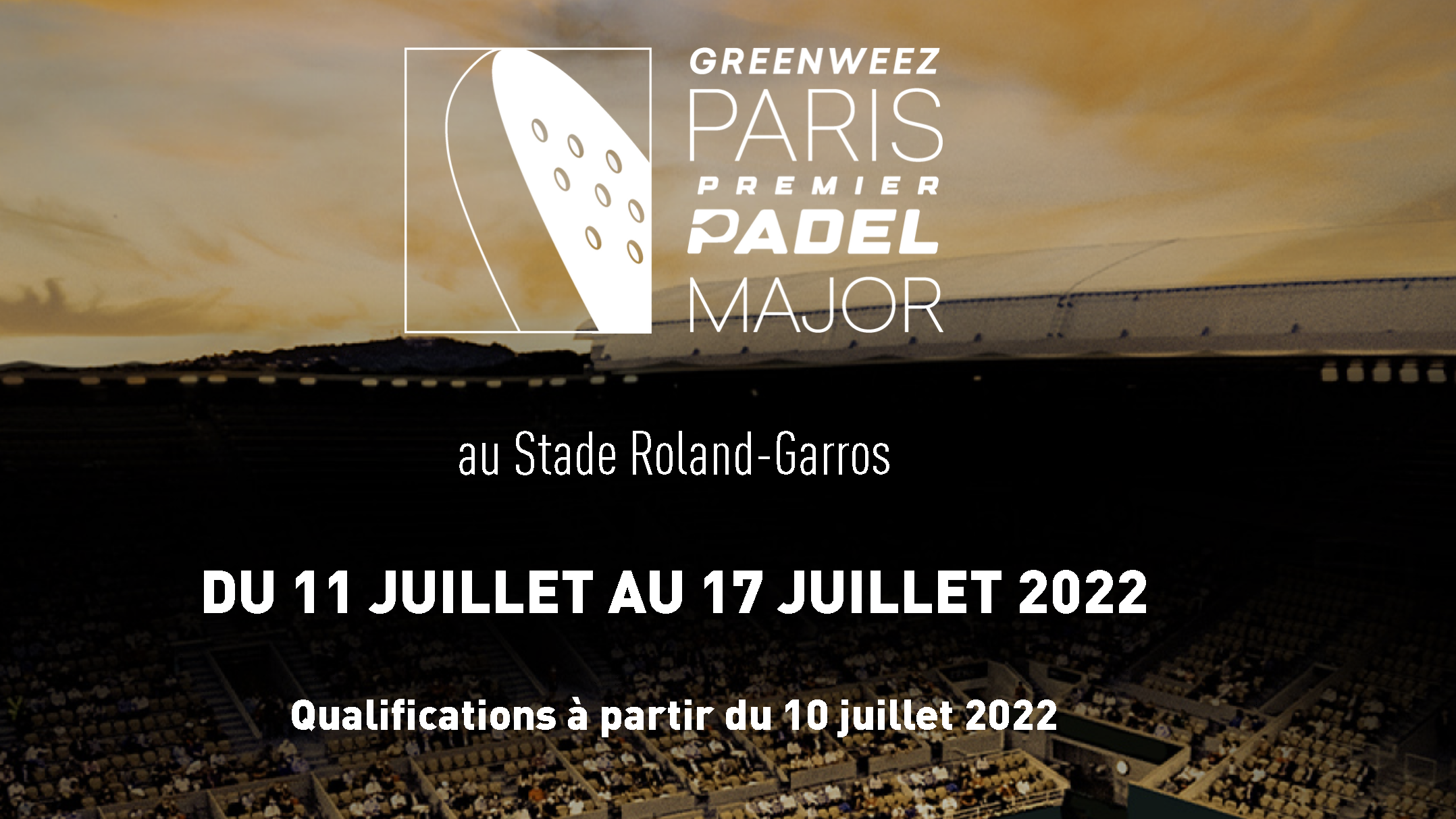 La ticket office GreenWeez Paris Premier Padel Major (G3PM) which will take place at Roland-Garros from July 11 to 17 is officially open to license holders and accessible via the site dedicated to the competition: https://www.parispadelmajor.com/

Licensees and non-licensees can take tickets online on the Roland-Garros site, which will host the best players in the world of padel.

Note that non-licensees will have to wait until May 27 to be able to buy tickets. For licensees, the ticket office is open in preview.

The French Tennis Federation is organizing the first edition of the Paris Premier Padel Major at the Roland Garros stadium. This will be the 3rd stage of Premier Padel, circuit under the governance of the International Federation of Padel (FIP) and in collaboration with Qatar Sports Investments (QSI).

5 tracks will be installed in the Roland-Garros stadium exclusively for the competition: