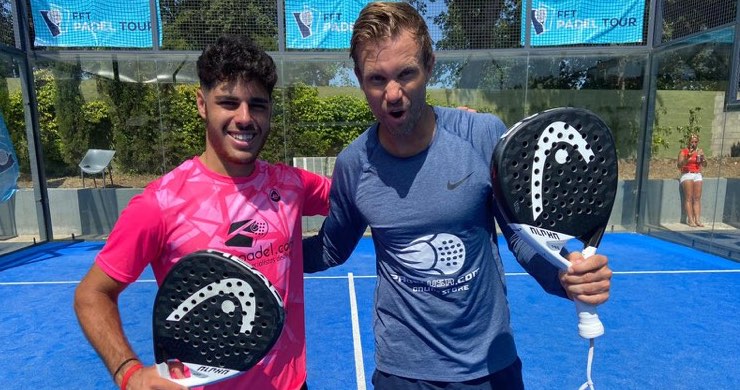 The pairs Bergeron / Tison and Grinda / Ramillete won in the men's semi-finals of the P2000 in Perpignan, the first tournament of the FFT Padel Tour 2021.

Beneficiary of a Wild-Card for this tournament, the Grinda / Ramillete pair continue their journey. If we knew Nallé Grinda, who plays padel for years, and who has distinguished himself several times in the United States, with Jérémy Scatena sometimes, the young Ramillete has impressed everyone in Perpignan!

This 20-year-old Spaniard, 85th at the APT Padel Tour, who chose to make a detour via Perpignan before joining Sweden to play the Kungsbacka Open, brought a breath of fresh air to the Mas. Incredible fluidity, he disgusted his opponents one by one. With the great left-hander Grinda, he forms a very solid pair, which again delivered a very good match against Auradou / Valsot today. Yesterday's winners of Blanqué / Leygue, the French could not do much today in the face of this hurricane of padel.

Nallé and “Rami” win 6/3 6/4 and they will play the final this afternoon. It was not a given in view of their table! 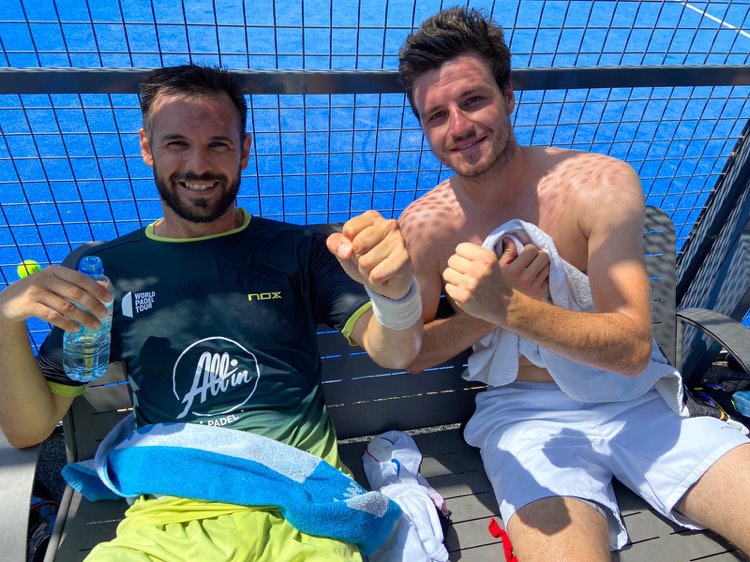 The number 1 seed did not shake on the field next door and it also offers itself a well-deserved final. This pair which is on paper the strongest in France also impressed against Authier / Lopes.

We can't say that Justin and François had a bad match but Benjamin and Johan, respectively 82nd and 109th in the standings of the World Padel Tour imposed their padel aggressive and precise. A 6/3 6/3 victory for the favorites, who thus arrive in the final without losing a single set.

The two players of the France team should therefore be in great shape, and they will need it to solve the Grinda / Ramillete problem. We should have a good final, with two left-handers used to taking the ball early, and two aggressive left-handed players playing in a different vein.

The match will take place just after the female final, scheduled for 14:00 p.m.! As usual, the meetings will be followed on the Facebook page of Padel Magazine. Stay Connected!