They were expected, the favorites did not disappoint: Léa Godallier and Alix Collombon won the first P2000 of 2021 which took place at the Mas, in Perpignan. 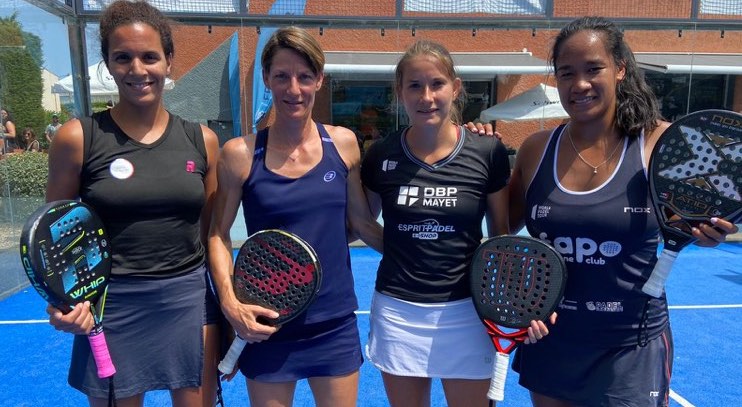 The competition was prevented: the association between the 29th and the 34th players of the World Padel Tour was going to hurt in France. And this even if Léa Godallier is not used to evolving on the left side of the track.

For their first tournament together in France (they were associated during the European Championships Open in Marbella, with a quarter-final to be won), Léa and Alix will have flown over the tournament, not leaving a single set on the way. .

In the final, the teammates of the France team Amélie Detriviere and Mélissa Martin had a solid match, showing good things, but they ultimately lost 6/3 6/1. This is to say the level of the steamroller which was in front of them.

Until then, opponents, Collombon and Godallier seem to complement each other very well on the track and all the players will have to take a step up if they want to be able to shake them up a bit.

For Mélissa Martin and Amélie Detriviere, it was a successful tournament, which ended with a beautiful silver medal.

In the match for third place, it was Elodie Invernon and Géraldine Sorel who imposed their experience against Wendy Barsotti and Lucile Pothier.