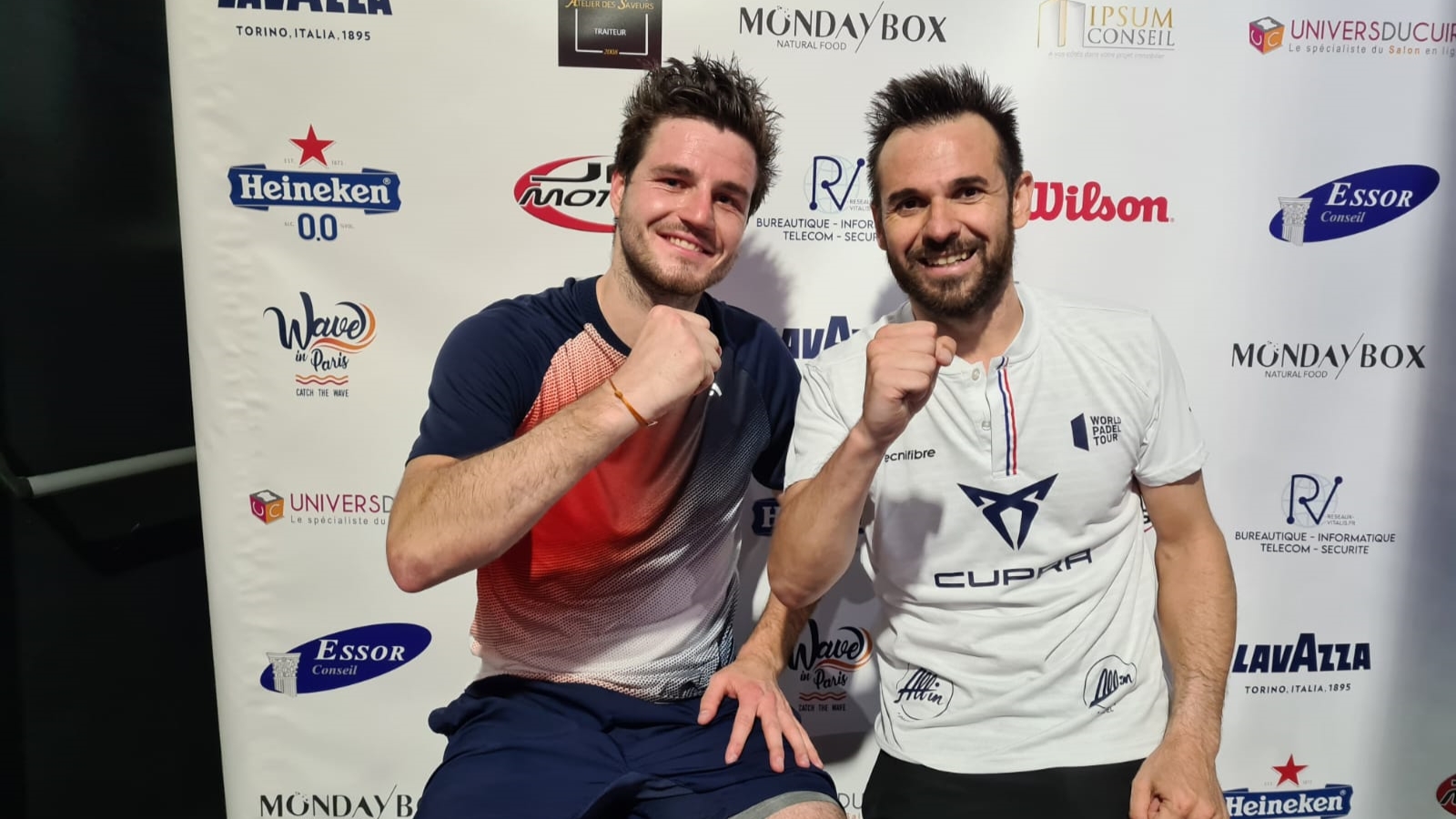 After a match of more than one hour with double shade it is the French numbers 1 who emerged victorious from this meeting.

While they clearly dominated the game during the first set, the French Champions were more pushed around during the second part of the match by a Jerome Inzerillo and Espinal Rey Pol solid and more motivated than ever.

Despite an incredible level of play from the Francilien and his Spanish friend during a second set of madness, Benjamin Tison and Johan Bergeron win 6-1 / 7-6 on the club's center court Padel Horizon of Sucy-en-Brie.

As a reminder, Bastien Blanque and Thomas Leygue are currently playing on pitch 2 and the match can be followed live on the Youtube page of Padel Magazine