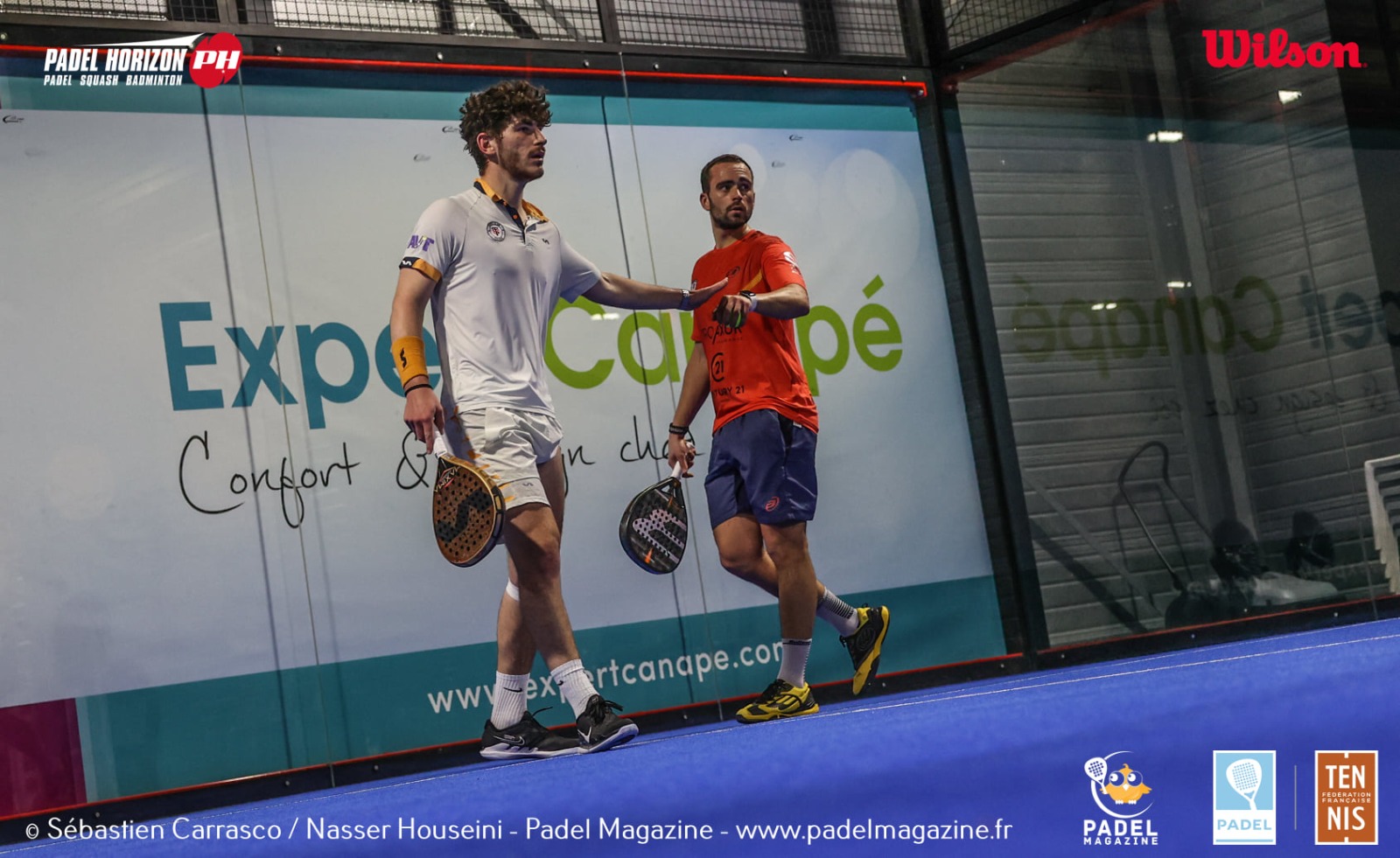 After beating the pair Scatena/Maigret in the semi-finals with a score of 6-3 7-6, the pair Blanqué/Leygue qualifies for the final of this P2000 Padel Horizon !

What a fight it was on the central between the 4 players! A match that got off to a flying start, with a break from Scatena/Maigret that announced the color. But the Blanqué / Leygue pair did not hear it that way. As proof, she unbroken in stride. This break conceded from the start woke them up, since they directly turned the tide and won with the score of 6-3 in the first set.

The second set started in a climate of extreme tension. The challenge of the match, as well as an imbroglio around a ball which was considered a fault by some and valid by others, directly strained the environment of the match. Each point won was followed by a furious cry, whether from Jérémy Scatena or Thomas Leygue. However, another confusing situation regarding a point tipped the meeting into another dimension. The meeting was interrupted for more than 4 minutes, the two teams failing to agree. It even took the intervention of the referee to make a decision. In the end, after a second set played in a tie-break, it was the pair Blanqué/Leygue who qualified for the final of this P2000.

The duo will have the opportunity to take revenge on Johan Bergeron and Ben Tison, who beat them in the final of the French Championships last September. The match, which will take place after the women's final, can be followed on our Youtube channel.