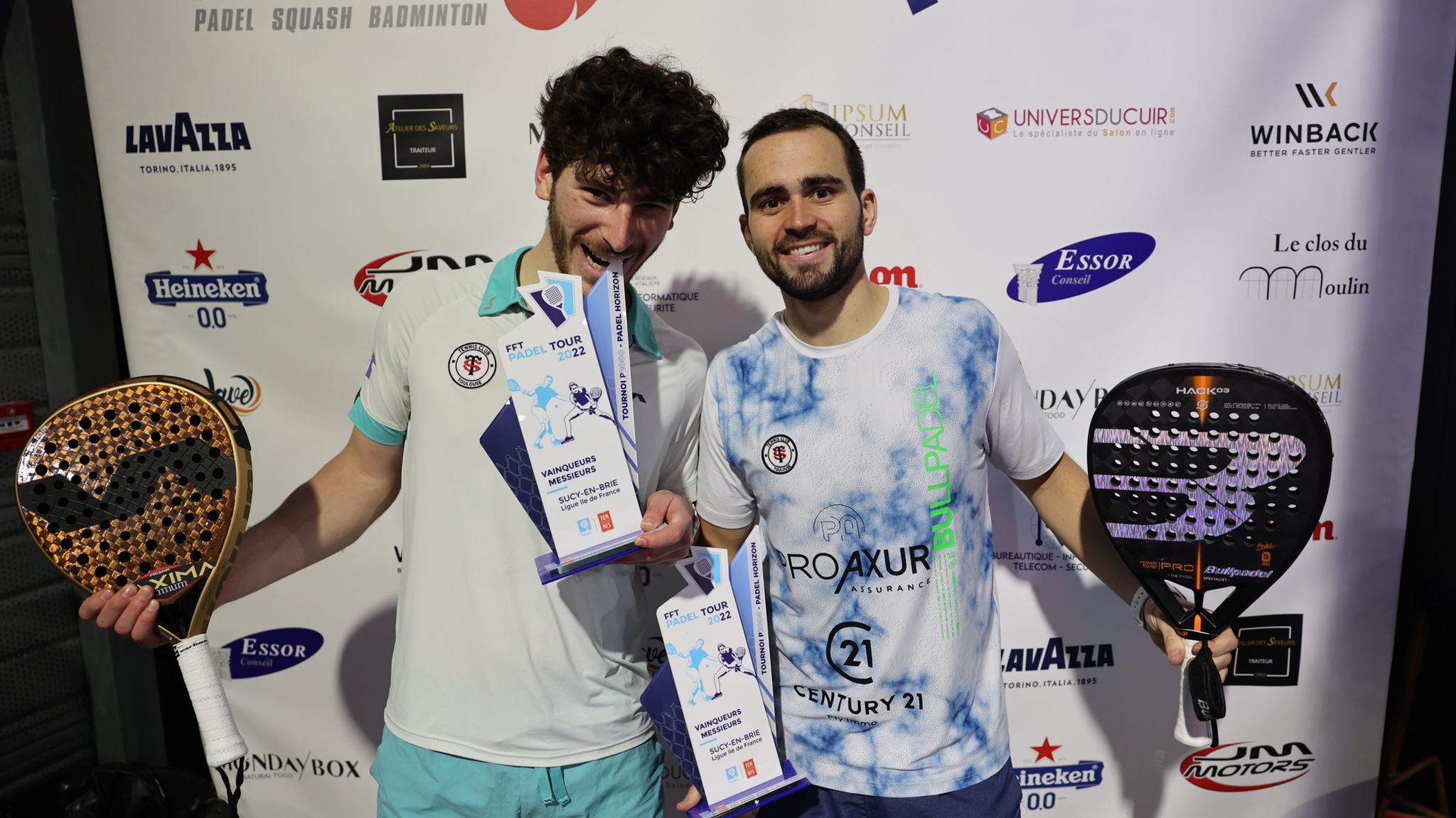 The final which was a remake of that of the French championships, this time saw the duo Bastien Blanqué / Thomas Leygue take the best against Ben Tison and Johan Bergeron and pocket the 2022 edition of the P2000 Padel Horizon.

Leygue and Blanqué wasted no time

Pressure. If there is a word to describe this start of the first set, it is this one. Break, then unbreak to start the meeting, the scene was set. Abnormally imprecise, the reigning French champions made too many mistakes in the first set. Unfortunately for them, faults at this level are unforgivable. Opposite it is as if Blanqué and Leygue had taken advantage of conceding the entry break to relieve stress and get into the game very quickly. If Bastien Blanqué multiplied the lobs as well as the good choices, Thomas him, chained passings and smashes (especially at the end of the set). A one-sided set which logically saw the Leygue / Blanqué pair win.

A 2nd set that was played in the mind

Break. Debreak. Break. Debreak. This is the face of this particularly undecided second set. Determination mingled with pressure, which spawned a lot of awkwardness and fouls on both sides. Each game looked like a tipping point, so much so that we said to ourselves that when Johan Bergeron called on the physiotherapist, the meeting could definitely swing in the direction of their opponents. And that's what happened ! Bastien and Thomas were too strong today: very few faults, a lot of aggressiveness and good choices, they won the set and therefore the match brilliantly.

The duo, which was one of the great promises of the end of 2021, did not leave us indifferent. Faced with the Tison/Bergeron pair that caused them so many problems the previous season, they took the best for the first time against them, and with a masterful hand! They therefore win their 2nd P2000 after that of the Pyramids, and prove that you have to count on them on the French circuit!