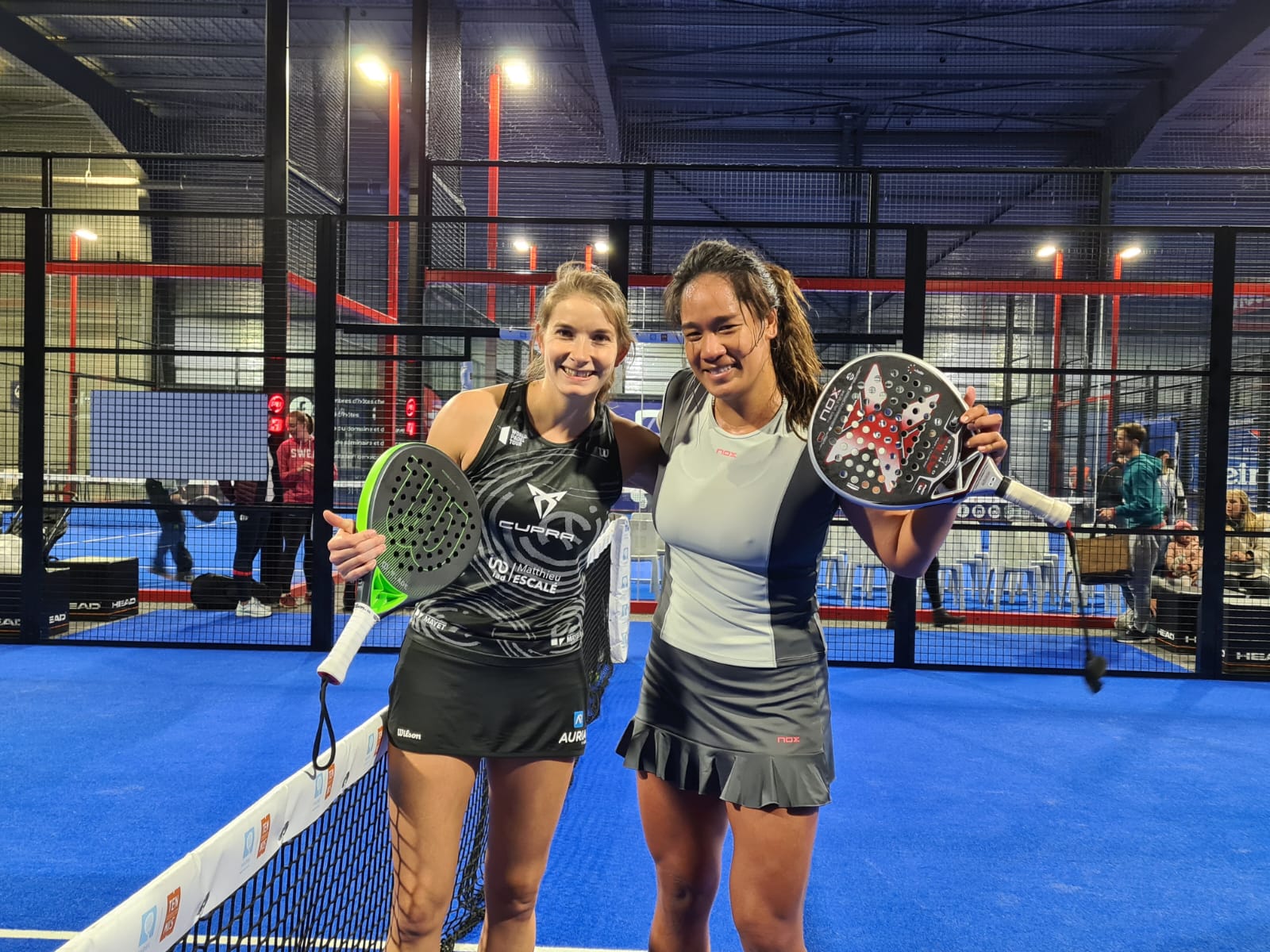 Victory of the reigning French champions against Pothier/Ginier. Thanks to this 6-2 6-1 success, they qualify for the final of this P2000 of Padel Horizon.

Very good victory from the duo Collombon / Godallier, who wasted no time by winning in 51 minutes of play during this semi-final. The numbers 1 win this match which had a particular taste for Alix Collombon and Jessica Ginier, who played together before, and especially who are very good friends in life.

The new pair made up of Lucile and Jessica was not unworthy but we felt that there was a certain lack of automatisms and this is paid in cash against the two best French players.

Despite the fairly sluggish start to the match (in the game) from Léa and Alix, the two WPT players managed to take the measure of the match well and keep their seriousness to win an easy victory.

See you in the final against the winners of the match Ligi / Clergue vs Martin / Detrivière, meeting which is to follow here: