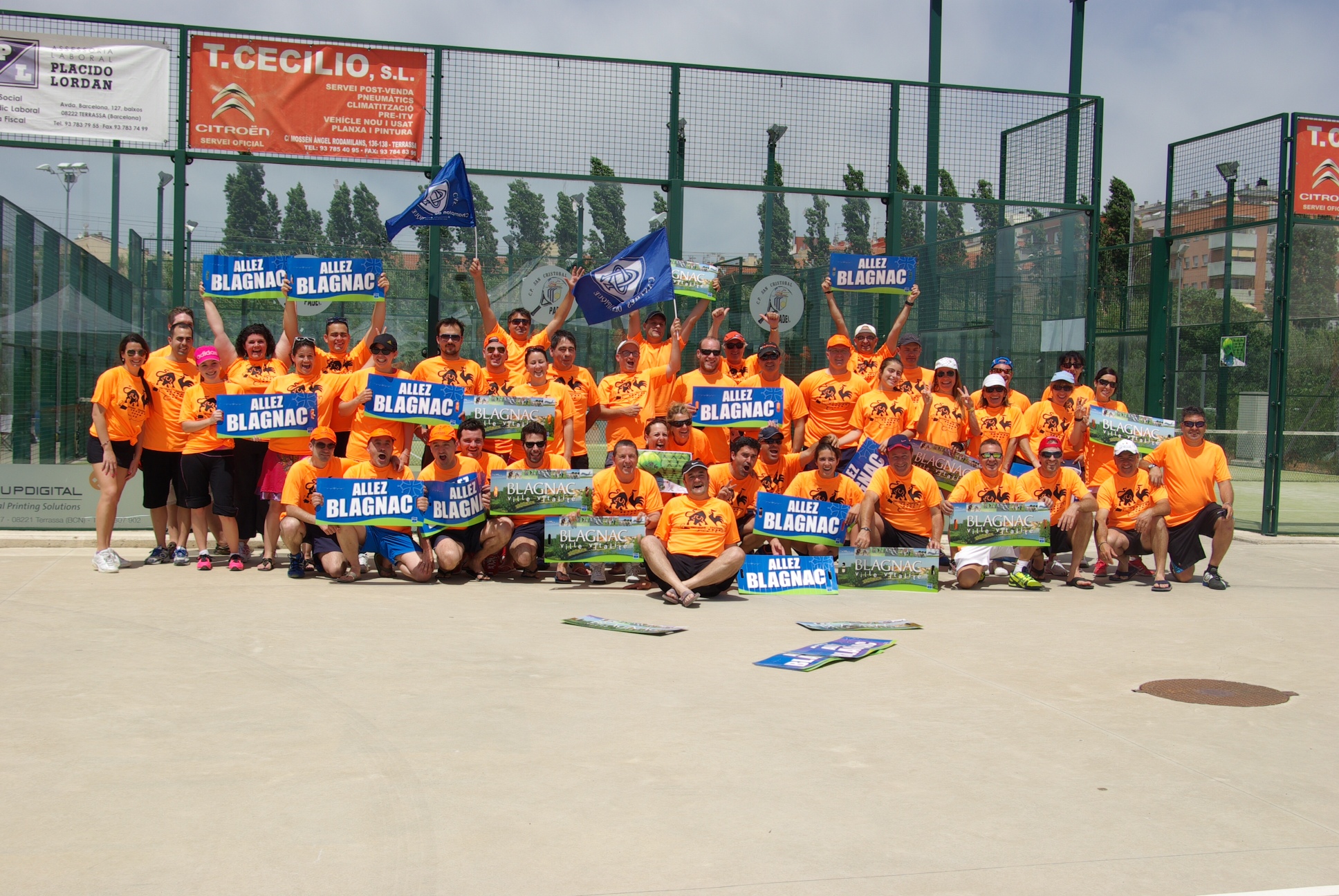 Padel Magazine - French padel is the big winner for the month of June!

No, you're not dreaming, it's not a joke either, and we owe it to the Paddel Plus club in Toulouse - Blagnac who faced the Barcelona club CP SAN-CRISTOBAL (Spain-Terrassa).

The 7 and 8 June 2014, the famous Toulouse club, which had brought back reinforcement with a team of the club of Castres and Castres Occitan, took the road of the Spanish club within the competitions interclub organized between France and Spain .

We had the right most often to "it's a shame", "we were not far" after the defeats of our French on the Catalan lands .... Except that it was before the 7 and 8 July!

Indeed, the French teams have imposed themselves against the Spanish teams!

However, the Spanish team had welcomed the French team with its overwhelming heat and atmosphere worthy of the Davis Cups.

We thought the French pairs were paralyzed and tired, but they made front.

It is in an extraordinary atmosphere that the French teams are finally imposed !!

For the first time in SPAIN, a French club beat a Spanish club! The Castre and Toulouse-Blagnac teams can be proud of them.

This event was a great success and we owe much of it to the club of Terrassa in Barcelona which received the French teams like kings.

The kings then found their land, with memories that will remain for life.

The padel adventure is just beginning in our beloved lands. Our clubs in the south of France showed us the voice! So let's follow them!

[box type = ”info”]Padel Magazine also wishes to congratulate the players of Blagnac who did honor to France by reaching the semi-finals! Well done! [/ Box]