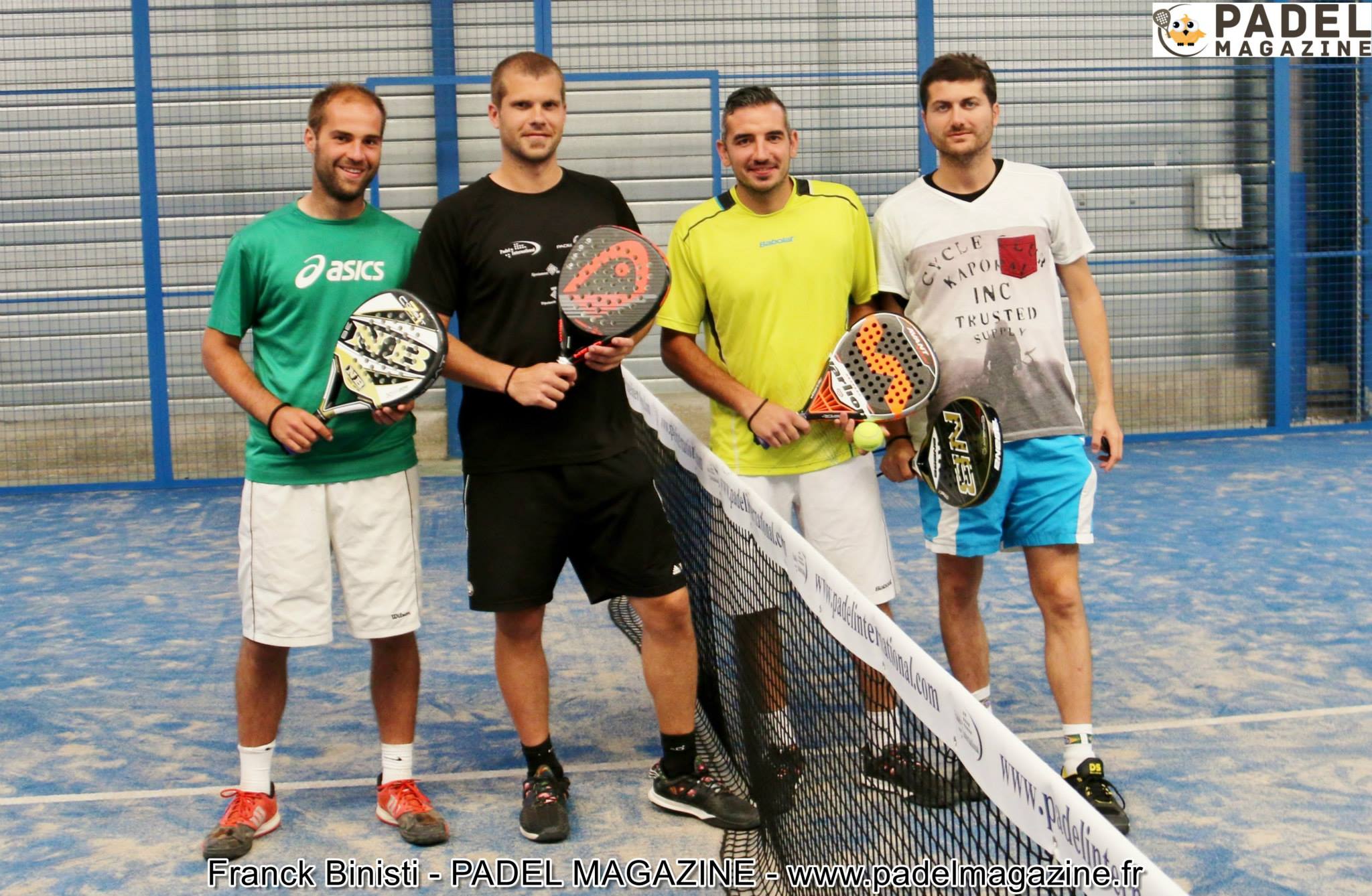 In Padel Arena (Rouen), this weekend it was padel tournament with including a pair of Laval and another mix of a Laval player and a Parisian.

You had to be a visitor to go to the final

The entrance ticket to be a finalist in the Arena tournament was anything but local. However, there were a few armed pairs but not enough to bend the visiting pairs.

In the group stage, some matches lasted particularly with some pairs who spent a number of hours on the field as Alexandre Toutain and Alex Garcia.

It has also been observed that some pairs could do quite a lot in the coming months. We think in particular of two pairs that have proved particularly tenacious: Grosson / Douteau and Dermit / Gauthier.

Regarding the final, it almost became the fastest match of the era of French paddle ...

A final on alternating current

In the final, we therefore found the two favorite pairs in the final, namely Simon Boissé and Franck Binisti against Justin Garnier and Pierre Touzard. The pairs had not drawn too much from the reserves for these finals. We could therefore expect a long game. Except that among the 4 players present on the field, one player was certainly physically Padel Arena, but mentally maybe in Paris or elsewhere in Valladolid maybe watching the final of the World Padel Tour (editor's note, Franck Binisti). In any case, in ten minutes, Simon Boissé and Franck Binisti were inflicted with a 6/0. 6 as the number of minutes the first set lasted and zero as perhaps the number of points won in this first set. That is to say.

In front, it was necessary to remain concentrated, because the awakening could take place. And that's precisely what happened at the beginning of the 4e set. Led 4 / 1 in the second set, the mixed pair (Paris / Laval) returned better the ball, the level was balanced and the exchanges lasted finally to the delight of the spectators present in the club.

In the tie-break, Justin Garnier, who had been irreproachable, seemed to have lost his concentration and thus offered some balls to the opposing pair to revive and pocket the second set. Simon Boissé, strong, did not pitch. But again, the big weakness came from his teammate Franck Binisti who had managed to find his mind in the second set. While Boissé / Binisti led 3 to 1 in the tie-break, Franck Binisti committed a series of unprovoked fouls. It was too much. And Touzard / Garnier finally won the second set. (Final score: 6 / 0 7 / 6)