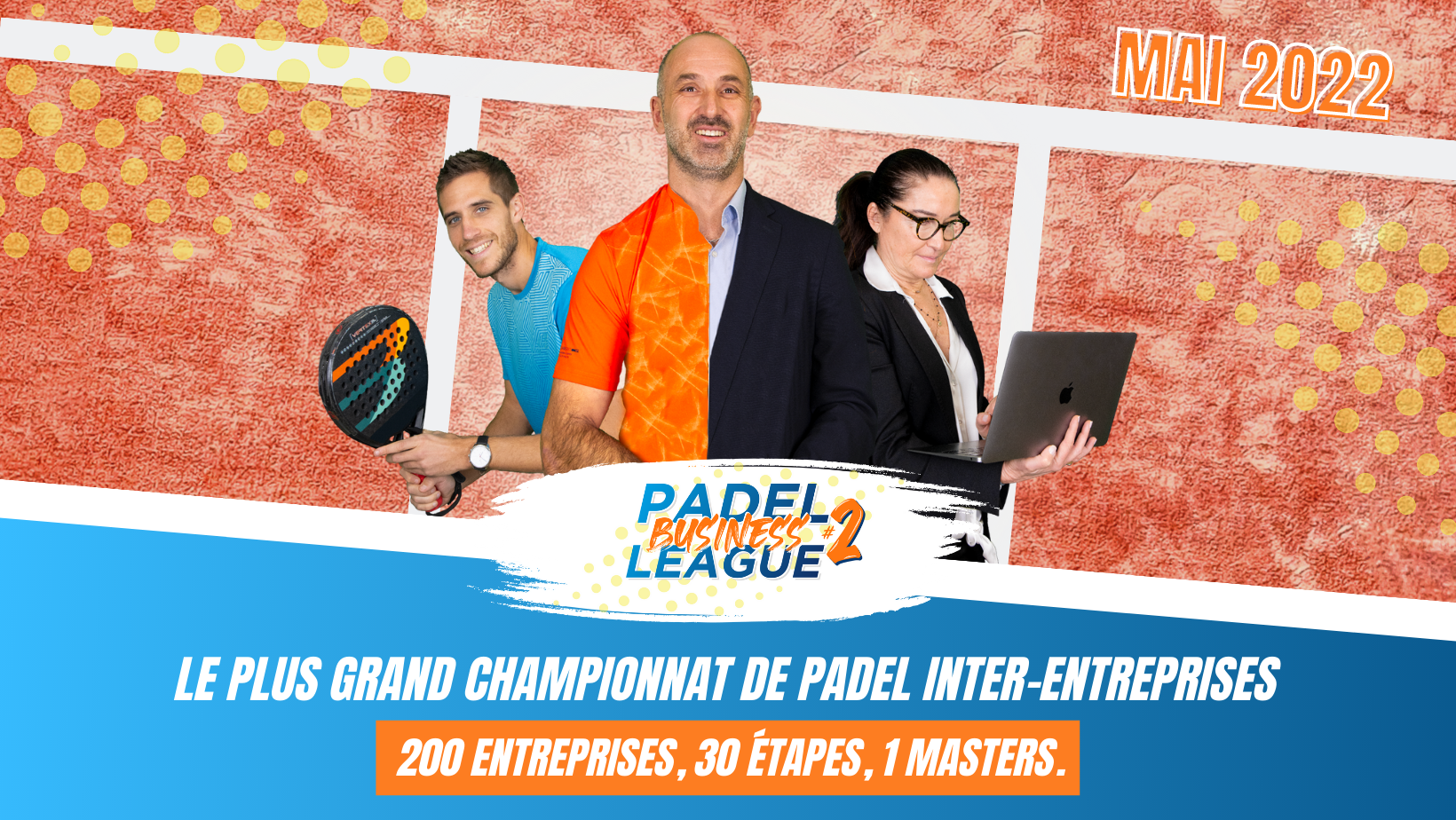 After several months of fierce competition, disputed in a friendly and fair-play atmosphere, the qualifications of the Padel Business League end everywhere in France. In total, nearly 500 matches took place between November and February in around fifteen partner clubs!

This qualifying phase of the first inter-company championship of Padel in France also saw its participants get together, and represent their companies, during the networking evenings organized in all the clubs. "The very essence of Padel Business League is to recreate the link between employees within companies and to promote exchanges between participants.

The whole organization team is very proud of this success, especially in such a complicated health context, it was quite a challenge! We have also learned a lot to enrich the experience in future editions” explains Michael Kuzaj, the founder of the competition.

To close this first edition, the qualified teams will have the chance to be invited on April 2 and 3 at Esprit Padel in Lyon to represent their companies at the PBL Masters.

About twenty teams will be present for the OUTSIDERS category homologated p100, and 8 teams for the CHAMPS category homologated in p250. This will be the ideal opportunity for the main partners of the Padel Business League to meet and present the trophies: “We are very happy to have contributed to the success of the first edition as a partner and benefited from good visibility throughout the competition. the padel is in the process of becoming fully integrated into our corporate culture, so it made a lot of sense to support this project and we intend to continue", nou explains Jérôme Thfoin, Marketing Director of the SAMSE group, of which the MPPI brand is the title partner.

A feeling confirmed by Christian Hubert, General Manager of the UFF, the other major partner: “We involved more than 50 employees in 8 stages, they had a lot of fun whether in the field or during networking evenings. »

A second edition that promises to be exceptional

The first edition has barely been completed when the organization team has just launched registration for the second! “The strong enthusiasm of the participating companies but also of the clubs is our main source of motivation. We've doubled the number of stages to cover more territory, and created a new “beginners” category to make the championship accessible to as many people as possible. There are also many other new features that we can't wait to show you! explains Julien Compigne, the new coordinator of the championship. With a start in May 2022, the second edition becomes international with stages in the biggest clubs in Belgium.

Don't wait to join the adventure that always has more padel and fun!

3 good reasons to register for the 2rd edition of the Padel Business League: