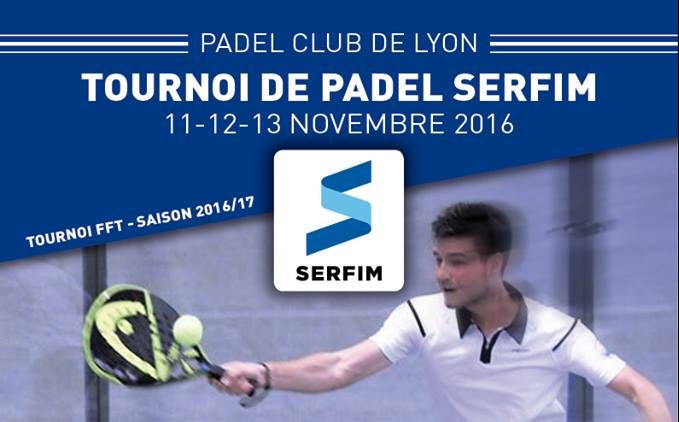 Rightly recognized as one of the precursors of padel in France and sometimes considered as a locomotive in sporting matters, the teams of Padel Central de Lyon and its affiliated club FFT the " Padel Club de Lyon ”do not rest on their achievements!

The Lyonnais league behind its clubs padel

After the organization of the first French championships in October 2015, the club has become a privileged partner of federal and regional authorities. The confidence that the Ligue du Lyonnais de Tennis has in the organization of its regional and inter-regional phases demonstrates the club's expertise in organizing events.

Its 2500m² of pleasure for 5 slopes overlooked by a mezzanine with panoramic views of the grounds, its "bikini bar" as spacious as it is pleasant and its dynamic and competent staff make Padel Central Lyon a must-see for anyone passionate about this sport.

This new season begins with ever higher ambitions for the development of our sport. Under the leadership of Simon Desliens, reigning European champion with the France team, the school of Padel has tripled its numbers and several adult training groups have emerged with the focus of the first interclub competition organized by the Ligue du Lyonnais.

On the tournament side, although the development of entertainment for leisure customers is encouraged by monthly events which have already been a big success in September and October, the best French and international pairs have come to Padel Central Lyon this season! 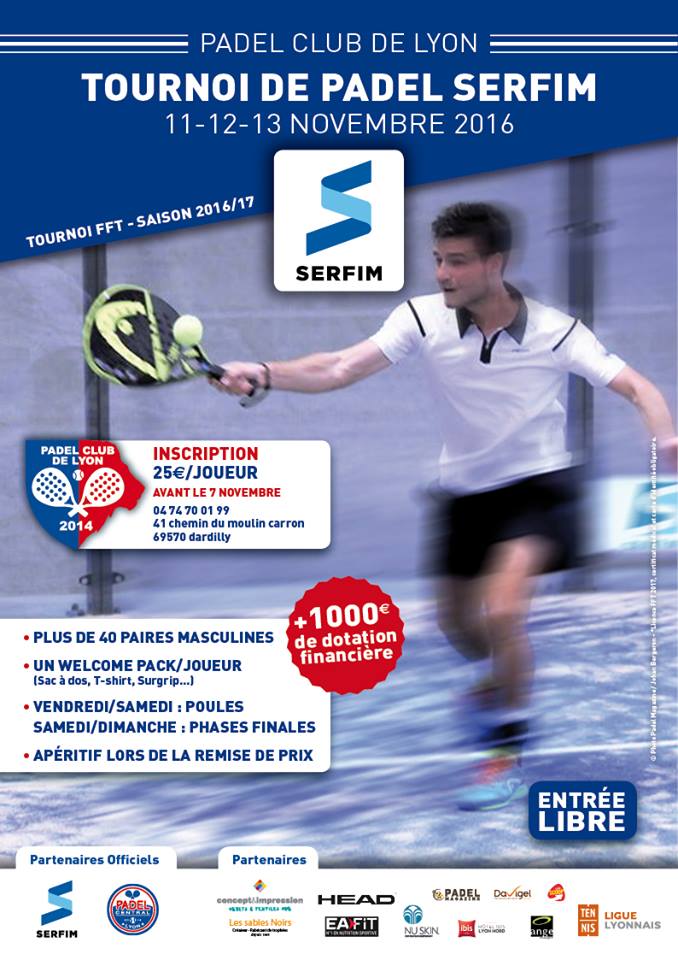 Indeed, from 11 to 13 November, the powerful group SERFIM, specialized in public works, environment and communication technologies, wished to associate its image with the first tournament of the highest category of the new nomenclature FFT season 2016- 2017 (P1000).

Substantial partnerships will allow an unprecedented financial endowment (more than 1000 €), a substantial material endowment (welcome pack consisting of a t-shirt, a backpack and sports and nutritional products), high-end services ( partner hotel at low price, welcome coffee every morning, aperitif at the end of the tournament, ...) and of course the insurance for the players to register as many points as possible for the FFT ranking.

If the top pairs in the 2017 standings will only start competing on the Saturday afternoon in the final draw for a mid-afternoon finish on Sunday, all the others will have a chance to join them in qualifying. progressives allowing to play several parts without suffering from a big difference of level. For many expected spectators, entry will be free on 3 days of competition.

The women are not forgotten, but in order to offer them equivalent services and an exclusive exhibition, their event (P1000 also) will be disputed a little later in the season.

An international tournament in sight

On the project side, of course, the dynamic, motivated and voluntary team of Padel Central Lyon /Padel Club de Lyon is not lacking. Without being able to reveal too many secrets, nevertheless tick now the dates of January 20-21-22 (qualifications) and February 3-4-5, 2017 (final stages) for an unprecedented international Open tournament during which French pairs and international players will compete for the trophy and the financial endowment accordingly. Finally, if the Place du Capitole in Toulouse is a perfect place for Padel, Eurexpo or Place Bellecour in Lyon are surely others ...