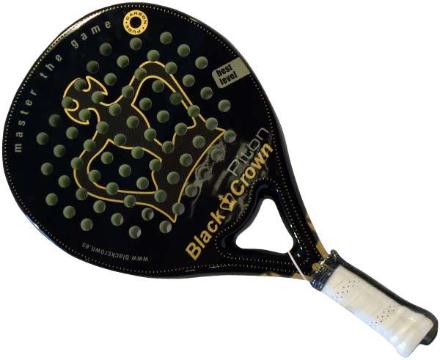 Padel Magazine - If asked to summarize this racket in two words, we could describe it as surprising and paradoxical [highlight]. [/ Highlight]

The piton is a racket that can find a very large audience. But it is the savvy amateurs who will be able to profit from it the most.

First the grip is almost immediate. It is balanced, and allows to adapt quickly.

In terms of the look, nothing to report. In black, we can say that it throws without being flashy.

The plateau is round. He is very player, and his handling is worth noting.

However, be careful not to over-center because unlike the Power Padel 2000, the Piton will not fail to call you to order.

On the control side, nothing to report, apart from the point raised below.

The power is there too. Moreover we can note that this racket combines perfectly handling and power. Short bottom shots can leave very quickly.

In conclusion, this racket is deserved.

It has a very important potential.

Its grip and maneuverability have nothing to envy to its competitors, but watch out for players who play more often with the edge of the board because the Piton will sting you.

The next two tests on Black Crown are softer and less technical. 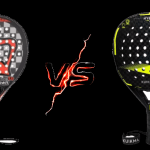 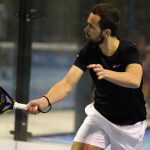 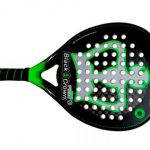 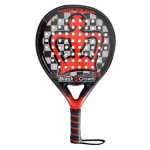 11 comments on “Padel Crown: The PITON"