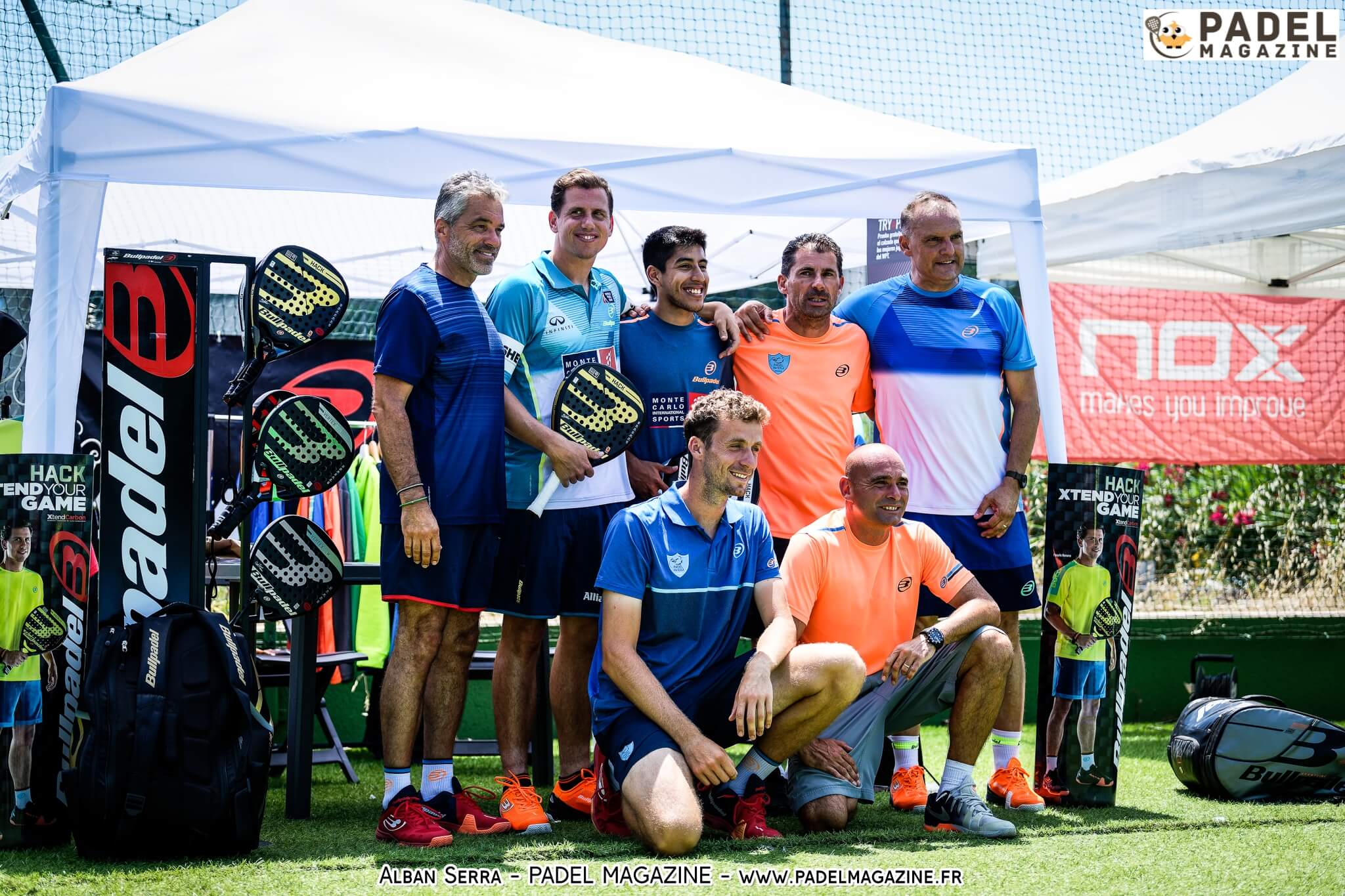 What an exhibition! In the absence of Gaby Reca, replaced by Federico Chingotto, we had a real show.

With a talent and a sympathy foolproof, the two professional players played in turn with Melissa Martin and Geraldine Sorel then Mathieu Squarta and Steevens Demare to finally play some games with Émilie Guez and Timeo Fonteny, young very talented player of the club.

Very affordable they will do a clinic this morning even with the managers of the club at first and then with the members to thank them for their loyalty.

In addition, and always with this in mind, an unregistered tournament reserved for club members took place during the weekend.

In the lower part of the table, a surprise, the elimination of Virginie Pironneau and Carol-Ann Lovera by the team made up of Marilyn Lafouresse and Émilie Guez 2 / 6 6 / 4 7 / 6.

Mai Vo and Audrey Casanova, for their part, get rid very easily (6-0 6-0) of a team coming out of the pre-qualifying table Pierre / Traversini who, despite his particular bravery and a fair game, will suffer due to a real difference in level.

In the upper part of the table, the favorites ensure and keep their rank: Mélissa Martin and Geraldine Sorel win their match not without difficulty against a surprising pair made up of Line Meites and Charlotte Hellsten in a match that lasted due to health concerns from either side…

This morning, the program, clinic with Paquito Navarro and Chingotto and the semi-finals that have just ended with a victory of the pair Martin / Sorel and Vo / Casanova that we will find on our usual live.

We hope lots of you come.