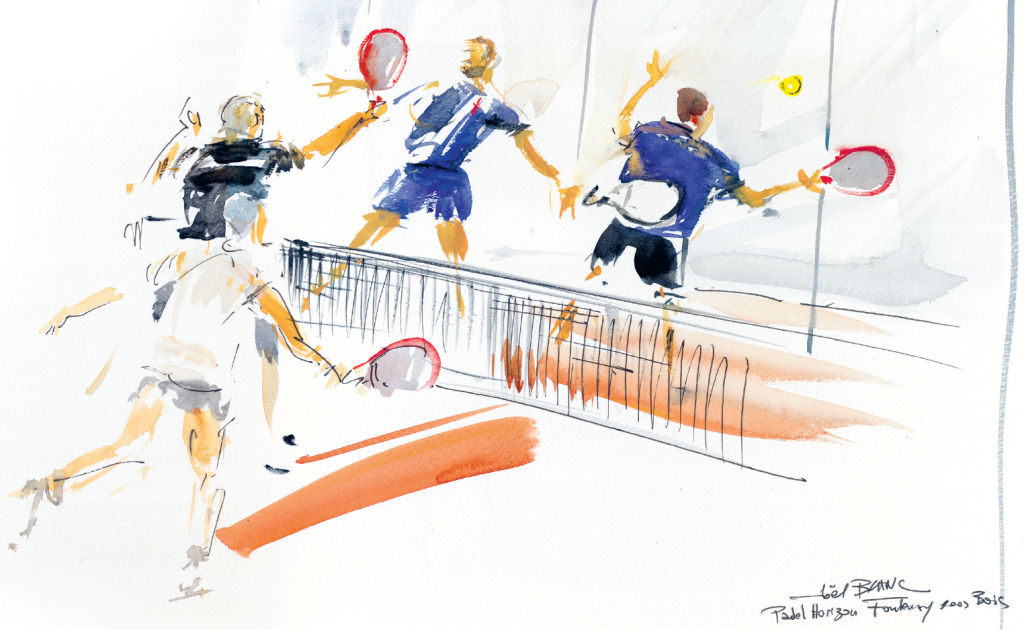 The article of Guillaume Willecoq in Courts magazine in the spotlight padel and its evolution. A small nugget that brings together the greats of padel, like our colleague Romain Taupin. Vincent Laureyssens, Clément Geens…

Head to the new Courts website to get the magazine: https://courts.club/

Here is the beginning and the extracts of this survey around the padel:

Or will the sport of racket that goes up, that goes up… stop? After a first contact from his launch number, then having gone to meet Fernando Belasteguin in his No. 2, Courts goes off to walk once again to the padel facilities.

From players to entrepreneurs, from the major advances of recent years to the prospects for those to come, an overview, with its players, of a discipline that never ceases to look beyond its glass walls.

History to start with an "objective" overview of the weight of the padel, and - above all? - its rise to power. That is 8 million practitioners around the world. More than 3 million people in front of their Youtube stream to follow live the last steps of the World Padel Tour. And, in Spain, since last August, more padel licensees (75) than tennis (a little over 000), a phenomenon all the more remarkable if we consider the speed at which the intersection of the curves is has been achieved: padel had 70 licensees at the start of the 000s, when the RFET, the Spanish Federation, still stood above 6 licensees in 000.

Last measure to give an idea of ​​the upward curve of padel: France has 832 fields in 2020 against 110 in 2014, and 382 clubs against 48 six years ago. As the ultimate symbol of the rise of padel, maximizing its potential in its historic bastions and continuing its progress elsewhere.

"If the Hispanic countries remain the strongholds of padel, it is estimated that they tend to reach a ceiling, explains Franck Binisti, a key figure in the padel media in France with his Padel Magazine. Spain, where the number of licenses is not necessarily relevant to reflect a real impact as sport is defined more by a leisure practice, it is 2,5 million practitioners, is the second national sport behind football!

But what is interesting today is that padel “takes” everywhere, outside of these flagship countries. France, Portugal, Italy, Sweden, which is the new El Dorado for brands… The dynamics are clearly promising for a sport which remains recent, in the making. "" I have never seen that, confirms Vincent Laureyssens, president of the World Padel Tour Belgium. Even if there is still some margin on the raw figures, +300, +400% on certain indices of progression… it is dizzying! " 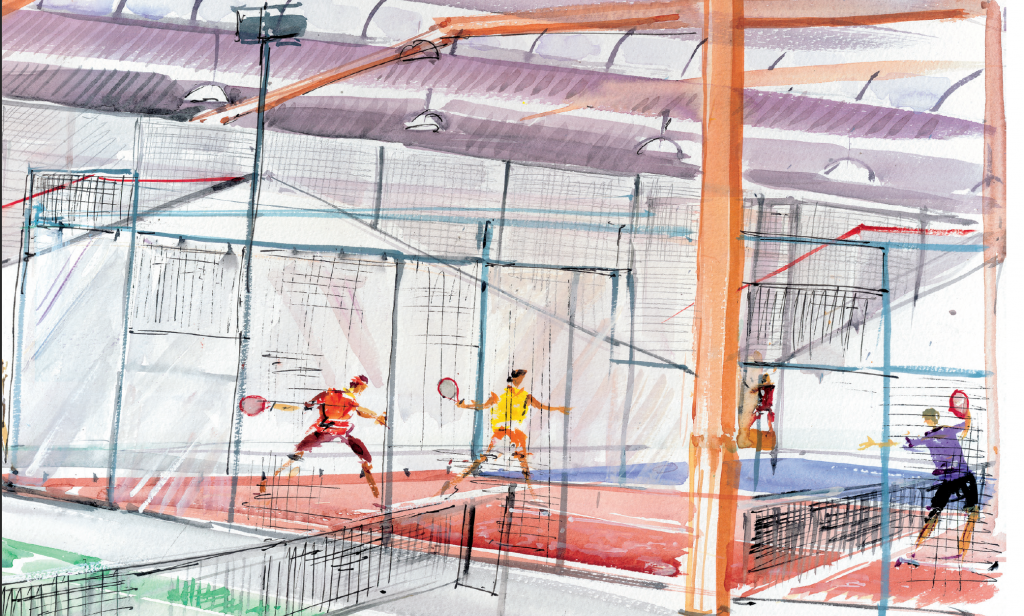 But what do they all find there?

"The advantage of padel is that if you try, you'll like it," says Vincent Laureyssens. "In padel, we have fun quickly," confirms Clément Geens, No. 601 at ATP and, like many of his tennis comrades, keen on padel. I happened to give lessons last year and it was obvious how fast people progressed and laughed quickly. This is the big advantage over tennis: in tennis, you can go there before having fun, it is a sport where you drool at the start! In padel, you quickly know how to do everything. "

So much for novices. And professional tennis players, those who already know how to play (and not just a little!) Tennis, what pleasure do they find there for all to rush to the pala? “For us it's different, yes, but I would say that we find in padel a lot of things that we don't have, or less, in tennis: we play a lot of volleys, we are with a partner, that is, is less physically hard, too, which explains why many players who quit tennis quite naturally switch to padel ... It's nice because on arrival, when you master tennis well, you realize that padel offers quite different sensations and tactics. "

Last factor, practice this one: “For a municipal club, besides being the sport“ in fashion ”and allowing a different offer for members, a padel court has the immense advantage of taking up little space. », Emphasizes Franck Binisti. Between a synthetic turf and a padel court, the choice is quickly made?

To know the rest of this survey, go to the COURTS site and get the latest Opus with, among other things, an article by Remi Bourrières : JUSTINE HENIN: the little girl who wanted to be happy.

And obviously a big congratulations to the founder of the magazine: Laurent Van Reepinghen.