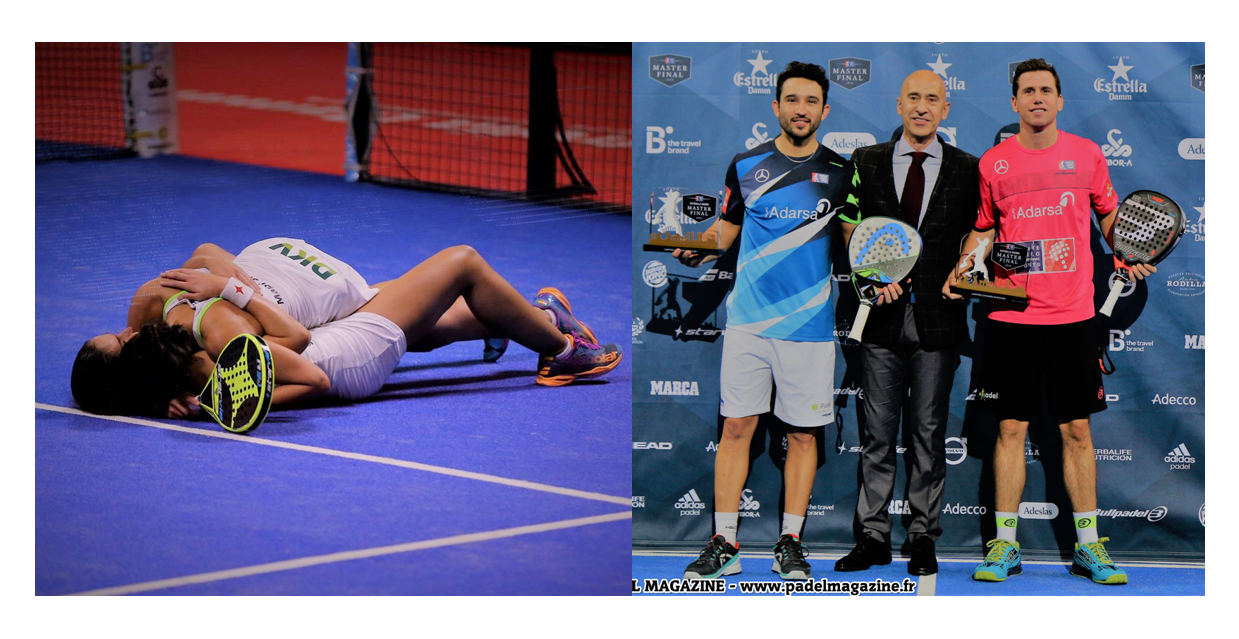 At the World Padel Tour 2016 Master, the 2e World pairs in both ladies and gentlemen had the last word. Even if…

They were clearly above everyone this week, even above Salazar / Marrero world numbers. Too soft in the final, too much fault too, not smashing enough in smash for Marta Marreo to reasonably worry the twin sisters almost imperial throughout the game. The first set perfectly illustrates their domination by performing 2 times the break and win 6 / 2.

Majo and Mapi Sanchez Alayeto made a perfect match by being very offensive from the first points. The two sisters played a game that took the world's first pair by surprise, forcing them to commit countless unusual mistakes at home.

When binoculars play like that, you can not really do much. This is a real revenge for them on the season and the final of last year lost against the same players.

Yet in the second set at 4/2 in favor of the twins, Alej / Marta won a game that will last nearly 10 minutes. the pair Salazar / Marrero has not said its last word and goes back to the score to go to the tie-break. But the sisters have raised their level slightly to win this ultimate title with honors, even if the first place in the world returns for the whole season in Salazar / Marrero.

Without the presence of the world numbers following their package in half against Mieres / Lamperti for a health problem, we could estimate that the cards were redistributed… We thus hoped for a great match…

But that was not the case. Quick match, despite the opportunities to return to the score in the second set, and many faults on the side of Mieres and Lamperti which allow Paquito and Sanyo to win this final without raising the level in 2 sets: 6/2 6/4.

What we will remember is not this very beautiful victory of the world number two despite the absence of the world number one, it is the absolutely extraordinary matches of chicken with among other things a match with Lahoz / Aday just breathtaking (To see on Padel Magazine Youtube from Wednesday 21 December)

The Master: A tournament that must pay attention to its audience and its journalists