The summer holidays are over in Lorgues. It's time to get back to the usual good times by launching a tennis and paddle season.

"We will keep in memory of this summer 2016, the inauguration of the padel courts with Alizé Cornet, the tournament of the club, the introductions to the padel under the advice of Olivier".

Initiations and tournaments in approach

From the 09 September, from 17 hours, the club will offer a sporty evening and friendly. 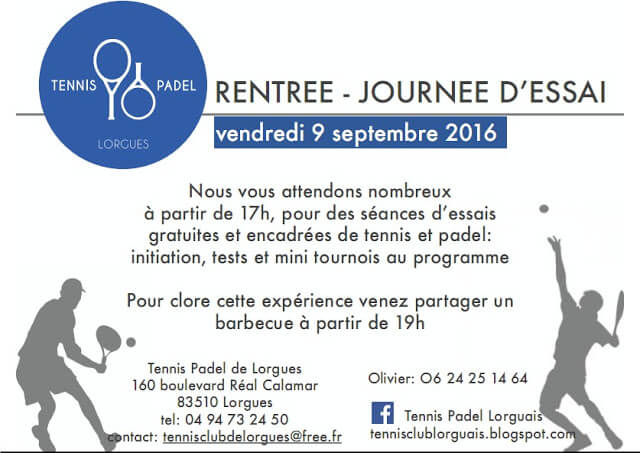