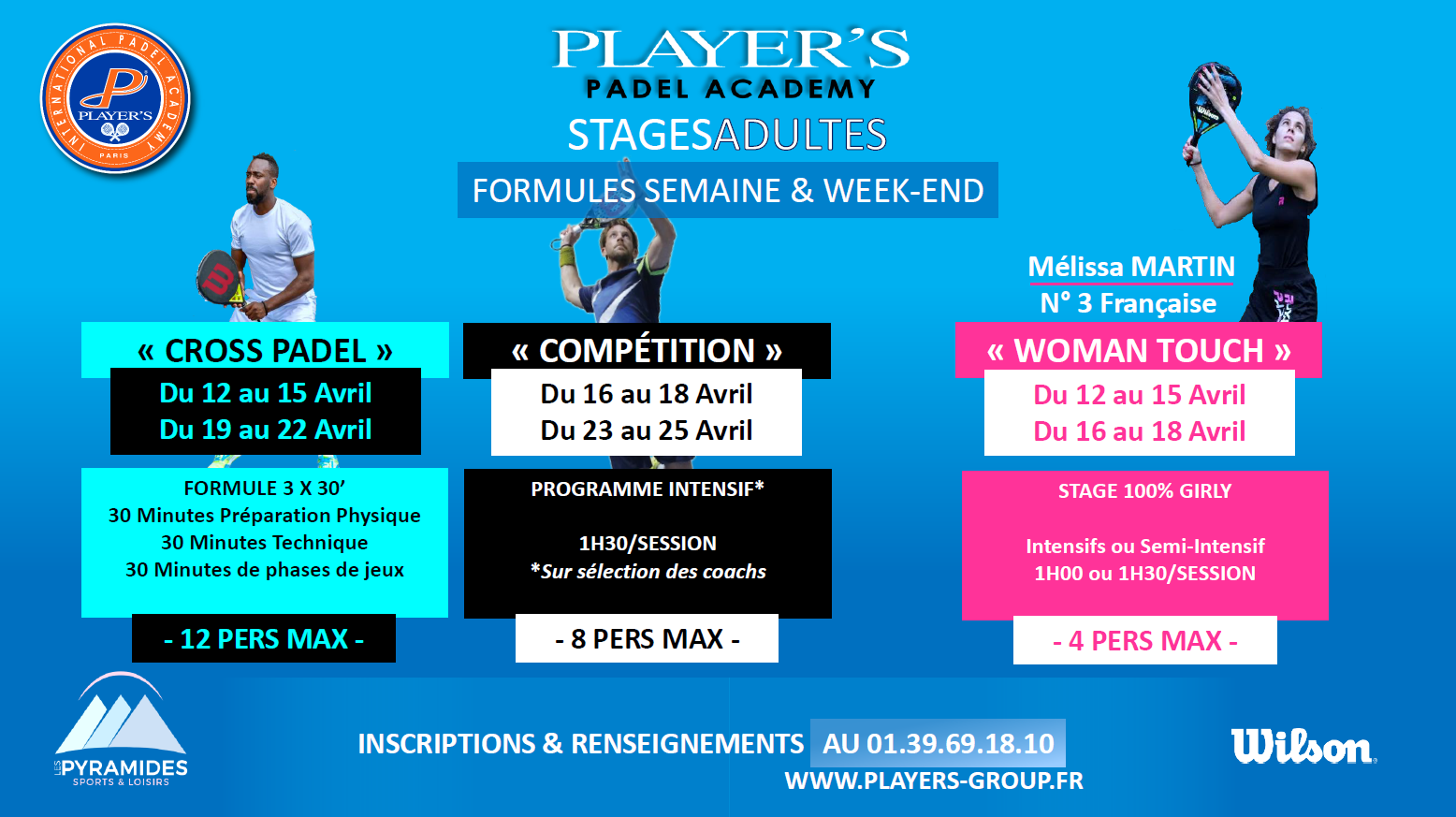 Player's Academy offers us 6 big sessions padel du April 12 to 25 at the Pyramides club, in the Paris region, with the Player's team that we no longer present. But we will have a luxury coach who plays on the professional circuit of padel : Melissa Martin.

The French n ° 3, Melissa Martin, will come to the club to offer 2 internships "Woman touch" :

A very delicate, but intensive course !!!

An internship that could hurt the legs a lot with the menu of physical preparation, a technical part and a phase of play.

An intensive program for all those who want to "eat the ball". 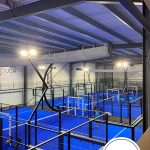 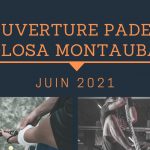 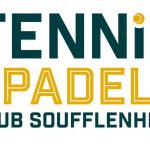 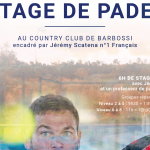 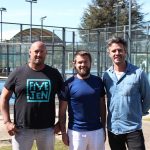 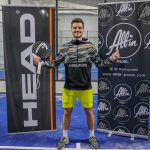 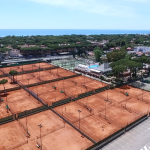