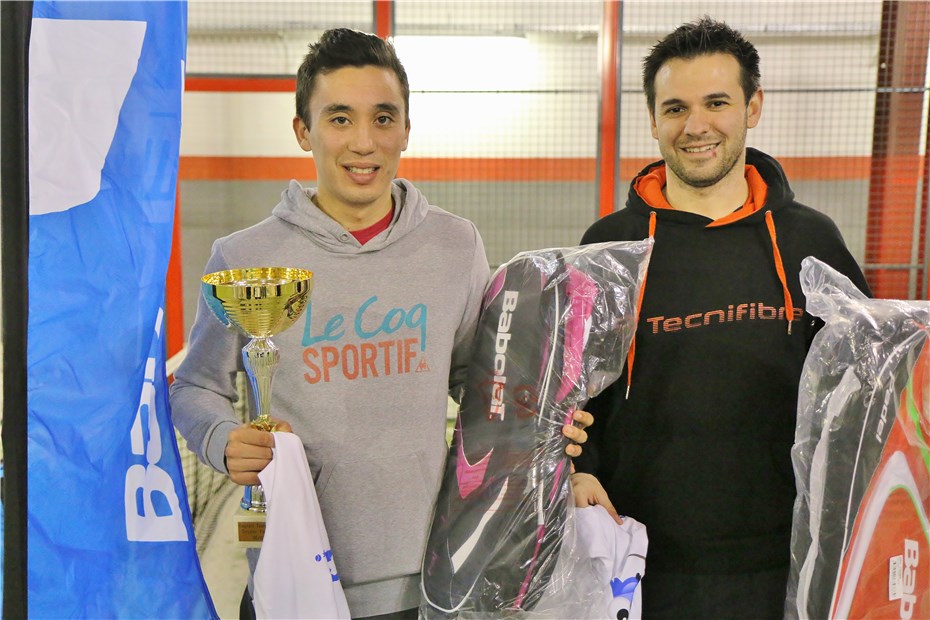 The Paddle Open at Soccer Park Champigny saw the pair Apple / Tison make a name between yet a few pairs complicated to beat.

The Hen B: The Hen of the Dead

4 hens for 17 pairs at the start. 1 pair serves as favorites: The Panse / Ortiz. Known and recognized, nobody wanted to meet her. And yet in the group stage, Le Panse / Ortiz passes a few points to defeat against Tison / Apple who found himself in the same pool. First big alert for the favorites who finally win 9 / 8.

Berrafato / Lippe managed the feat of beating Le Panse / Ortiz (9 / 4), but not enough to grill politeness for the finals. With a loss for each pair, the goal average Le Panse / Ortiz passes with 5 small games ahead of all 3 games. Guillaume Poulain and Alexandre Valensi fallen in the group of the death arrive 4e, with in the basques, a huge match against Stephane B. and Raphael L.

In the other pools, note the fiery hot match of pool A between Binisti / Ciornei and Burelli / Theunynck which ended in tiebreak in favor of Binisti / Ciornei. In Pool C, the Lille pair Saleta / Destombes notably beat the future finalists of the tournament Azira / Jordan (9 / 7) and in Pool D, it is Timbert / Garcin and Wegrzynowski / Bouilloux Laffont in a particularly homogeneous pool.

In the quarter-finals, the qualifiers of Pool B were to be avoided. Chance, put them against the qualifiers of pool A (the Sharky team of Soccer Park + adopted). Despite good matches, the favorites reach the semi-finals.

This weekend, Tison / Pommier has entered the ball of pairs that will now be expected at all tournaments.