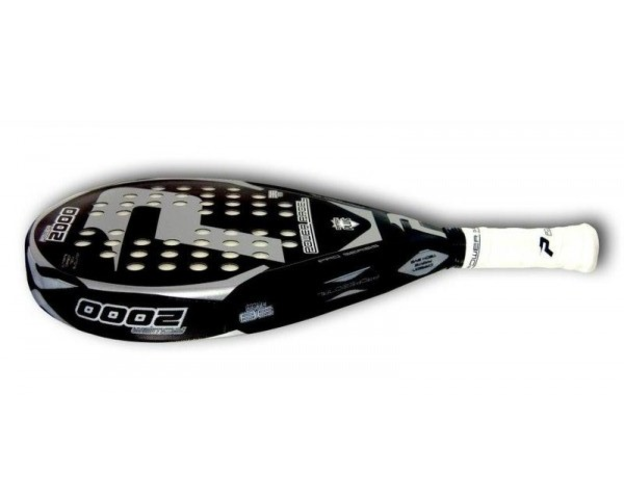 The objective of this chapter is to familiarize players and curious about the different brands and types of snowshoes on the market.

We will see that like tennis, there is everything we need for all types of games.

Let's focus now, on a racket recommended by Chico Gomez *:

What strikes us immediately is its original protection.

Snowshoes are sometimes protected by plastic to extend the life of our snowshoes. Unfortunately, the result is not very positive.

The technology offered by Power Padel 2000 is more effective, but over time, the protection offered by this racket turns out not to be the miracle cure.

Going into more detail, Power Paddle offers us a high-end model and the price that goes with (230 € public price).

Amateur players or competitors will find in this model a reliable tool.

While this racquet is not lacking in power, the racquet has demonstrated impressive control and ability to absorb opponents' powerful balls.

This Power has also seduced us by its shape. But inevitably there are negative sides not to neglect.

The construction seems robust even if it does not necessarily rely on more effective protection than its competitors.

But, it has a negative point that seems rather detrimental to us if we like the effects. The racket has no hole in its center. If this aspect leads to positive feelings of playability, cut and lifted effects are not necessarily passed on the ball because certainly the lack of grip between the racket and the ball.

Moreover, if we slightly decenter the ball, the effect is increased tenfold thanks to a better grip.

In conclusion, this racket is balanced and allows to control the ball without loss of power.

It is also aimed at all types of players. However, ball game enthusiasts will certainly feel a little frustrated.

Like Chico, Padel Mag says it's a “racket to recommend".