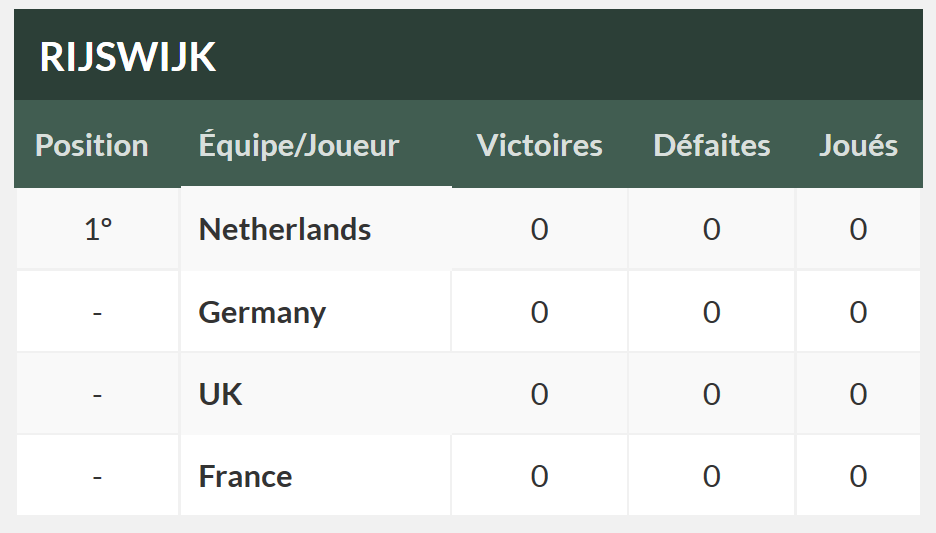 This weekend at Rijswijk (Netherlands) takes place the first stage of qualification for the world padel championships which will take place in Lisbon at the end of the year. The International Pade Federation (FIP) uses  Setteo (the social network of racket sports), to manage its tournaments and allow you to follow them live.

This weekend the French women's team will try to remove their qualification for the Padel World Championships against Germany, the United Kingdom and the Netherlands.

Come and support our players and bring them to the qualification. Follow the matches and react live on the official tournament page: