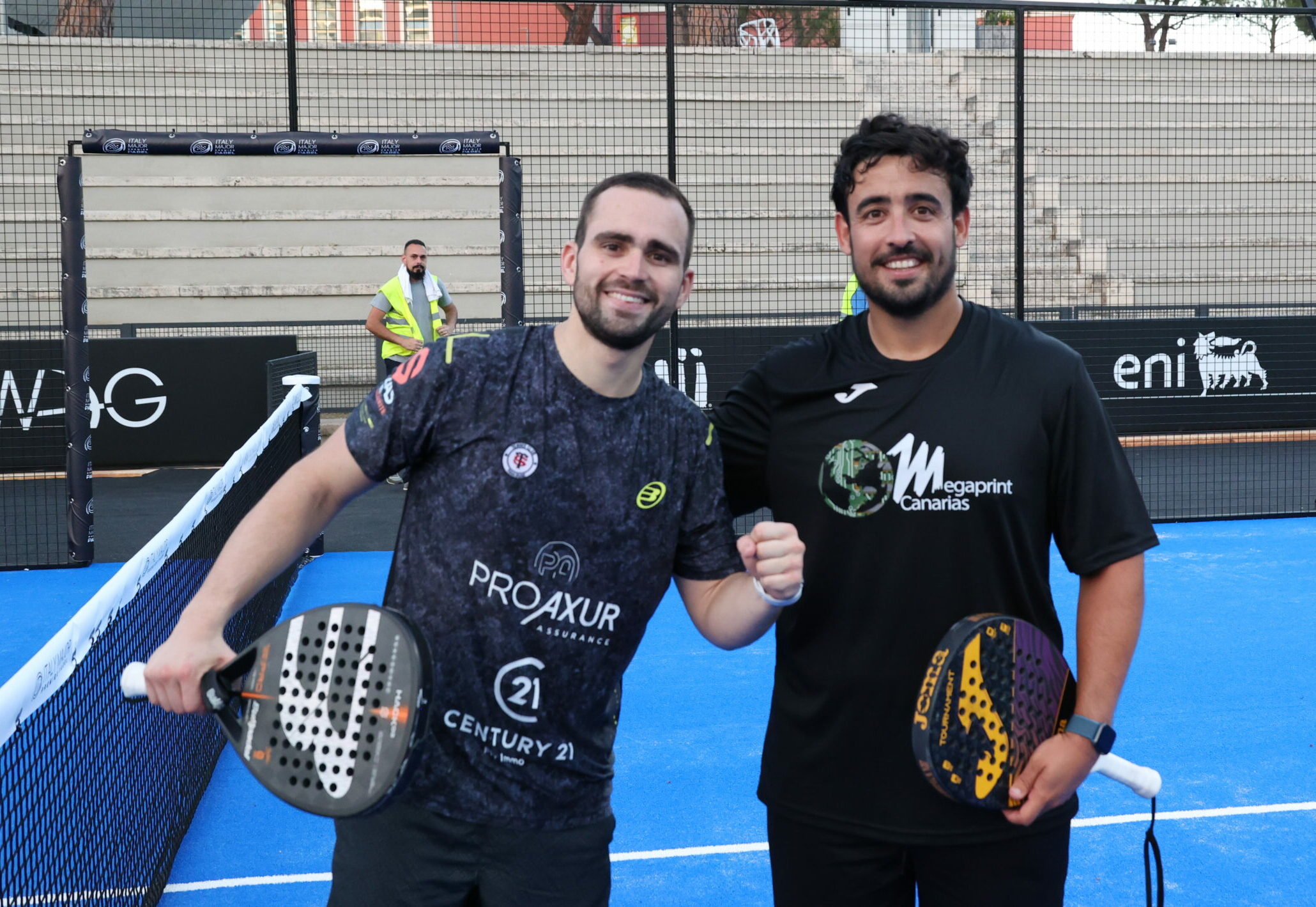 First round validated in Rome for Bastien Blanque and Jorge Señoran who dominate Alamada / Rodriguez in three sets.

Thanks to this success, Bastien and Jorge will face Max Moreau and Pablo Acevedo tomorrow, in a match that promises to be very hot.

Johan Bergeron and Thomas Leygue will be opposed to the Italians Federico Galli and Edoardo Sardella, who dominated Nalle Grinda and Carlos Luna: 6/2 6/4.