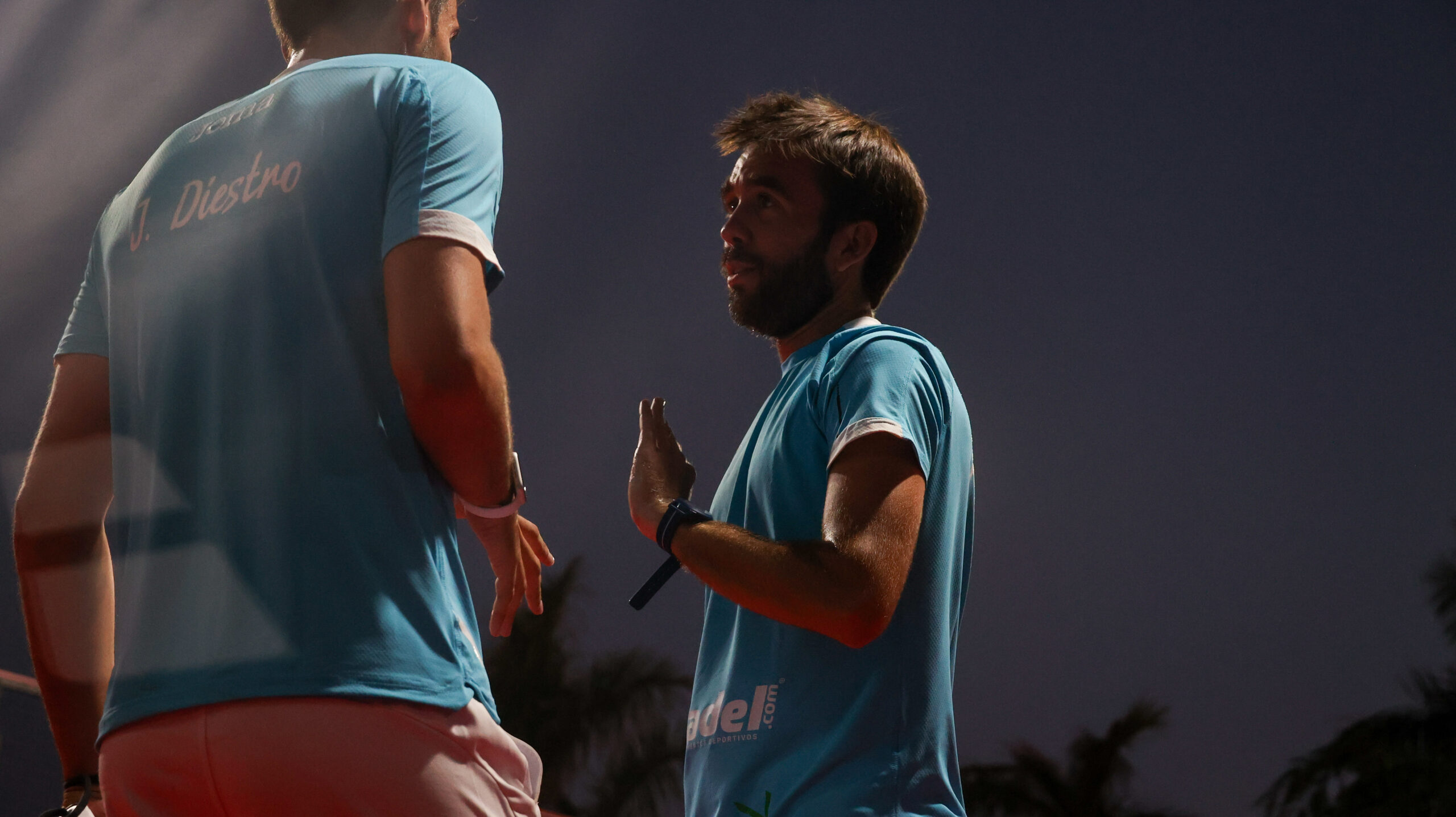 Benjamin Tison and Teo Zapata were unable to surprise Pincho Fernandez and José Diestro in the first round of the Premier Padel Madrid P1.

The Spaniards who arrived full of confidence after having won the APT Padel Tenerife Tower Open were solid to secure a win in straight sets.

In a very tight first set, Pincho and Diestro thought they had done the hardest part by breaking at 3/3, but the Franco-Spanish pair did what was necessary to immediately come back to the score. Not resigned, the players of Jorge de Benito went for a new break and concluded the round on their service in stride.

In confidence, Pincho and Diestro were going to take advantage of a slight drop in speed on the side of Benjamin and Teo to offer themselves a convincing victory: 6/4 6/2. They will be opposed tomorrow to José Rico and Agustin Gutiérrez, in a match that promises to be very tight.

The Frenchman and his partner will be able to console themselves by saying that they were almost on par with two Top 40 players for a set, and they can measure what they are missing to get closer to this level.