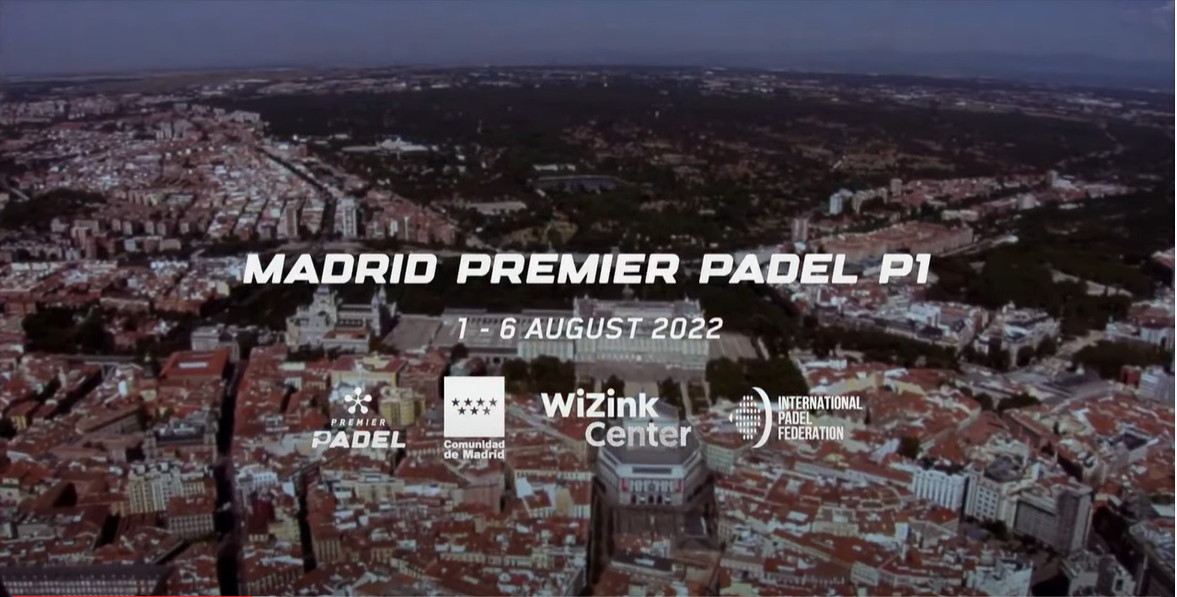 While the Greenweez Paris Premier Padel Major at his best, in Madrid the organizers of the tournament presented during a press conference the next competition which will take place from August 1st to 06th. The world's best players will meet in the magnificent Wizink Center to try to win this P1 in the European capital of padel.

Who will win the title?

If there's one player who should be excited to be able to participate in this great event, it's Alejandro Galan. Indeed the world number 1 will play on his land and in front of his public. With Juan lebron, the one who won in Rome will try to put the cover back in the Spanish capital.

Let us recall that in Doha these are Paquito Navarro and Martin Di Nenno who emerged victorious for the first stage of this brand new circuit.

In Paris, for the moment nothing is decided yet and given the level of the pairs present, the battle for the title will not be painless.

"The padel will be present in more than 200 countries”

Alejandro Blanco, President of the Spanish Olympic Committee spoke about this long-awaited event on the other side of the Pyrenees: “We are talking about a sport that has strong origins in Spain, the padel has developed there in a considerable way and I think that this sport will be present in more than two hundred nations in the near future”.

“To organize this competition in this incredible Wizink Center is just fabulous because we are witnessing the expansion of a great discipline […] and I am sure that we will see the padel as an Olympic discipline within a few years”.

“A very big event in Spain”

Called on stage, Luigi Carraro, President of the FIP also confided in this tournament:

"This is the 4th leg of the season and I think I can say that this will be the most important of the year because for me, as for many people, Madrid is the world capital of padel. We want to internationalize the padel but we will never forget Spain's role. Indeed she is the founder of the International Federation of Padel.

Moreover, Madrid is the city with the most players of padel. This city is the first Spanish stage of our circuit but it will not be the last.

I am very happy that this competition is played here, at the Wizink Center, it is a wonderful place and I think there is no better place in the world to organize this kind of event. These infrastructures are incredible and all the more so in the heart of the city”.

You can find the whole press conference in Spanish thanks to the video below: