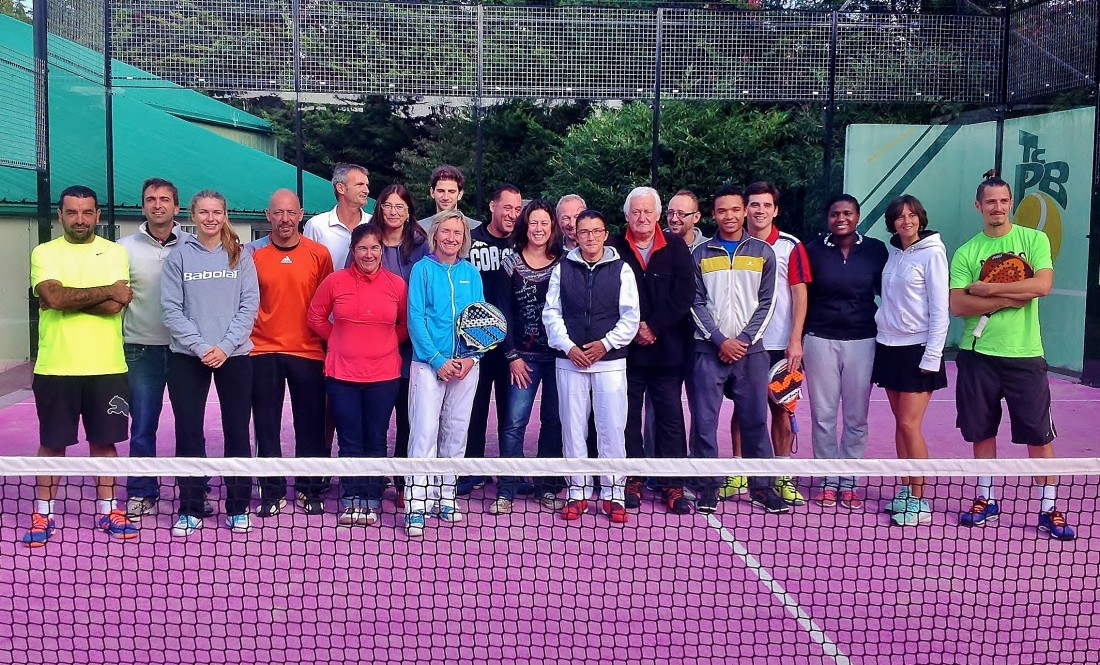 Positioned between the tournament of Auvers-sur-Oise and the first championships of France of the specialty organized this weekend in Lyon, the first edition of the open padel du Plessis-Bouchard which held the 30 September at 11 October was very successful.

No fewer than twenty-six teams were entered in three categories: double ladies and men's doubles, the only events currently sanctioned by the French Tennis Federation and mixed doubles.

On arrival and in bright sunshine, it was the local pairs who took everything in a sport combining both tennis and squash. To the delight of the president of the Tennis Club du Plessis-Bouchard, host club, Richard Demon. For the men, the logic was respected since the champions of Val-d'Oise in title Morgan Mannarino and Jérémie Campos did not leave in all but four games to their adversaries during all the tournament thanks to a power and a outstanding technique. Surprise on the other hand in the ladies with the victory of the Mattel mother and daughter, Sylvie and Marie, against the champions of the Val-d'Oise specialty 2015 Sabrina Rioja and Monica Blankson Hemans in the decisive game. Marie Mattel achieving the double by removing the mixed alongside the local Christophe Dussauce. A satisfaction for the family duo and especially for Sylvie, the mother who has been teaching tennis at the TCPB for fourteen years: "We had played only three friendlies before we started in this first official competition and we managed to impose ourselves. This is a very encouraging result for the future. With our tennis level (-2 / 6 for Marie which a devastating smash) and + 2 / 6 for me, we will probably do more in 2016 ".

"For a first try, it's a success all along the line was thus able to congratulate Richard Demon. The padel has good days ahead in the department, especially at Plessis-Bouchard. And this is just the beginning ... "he promised.