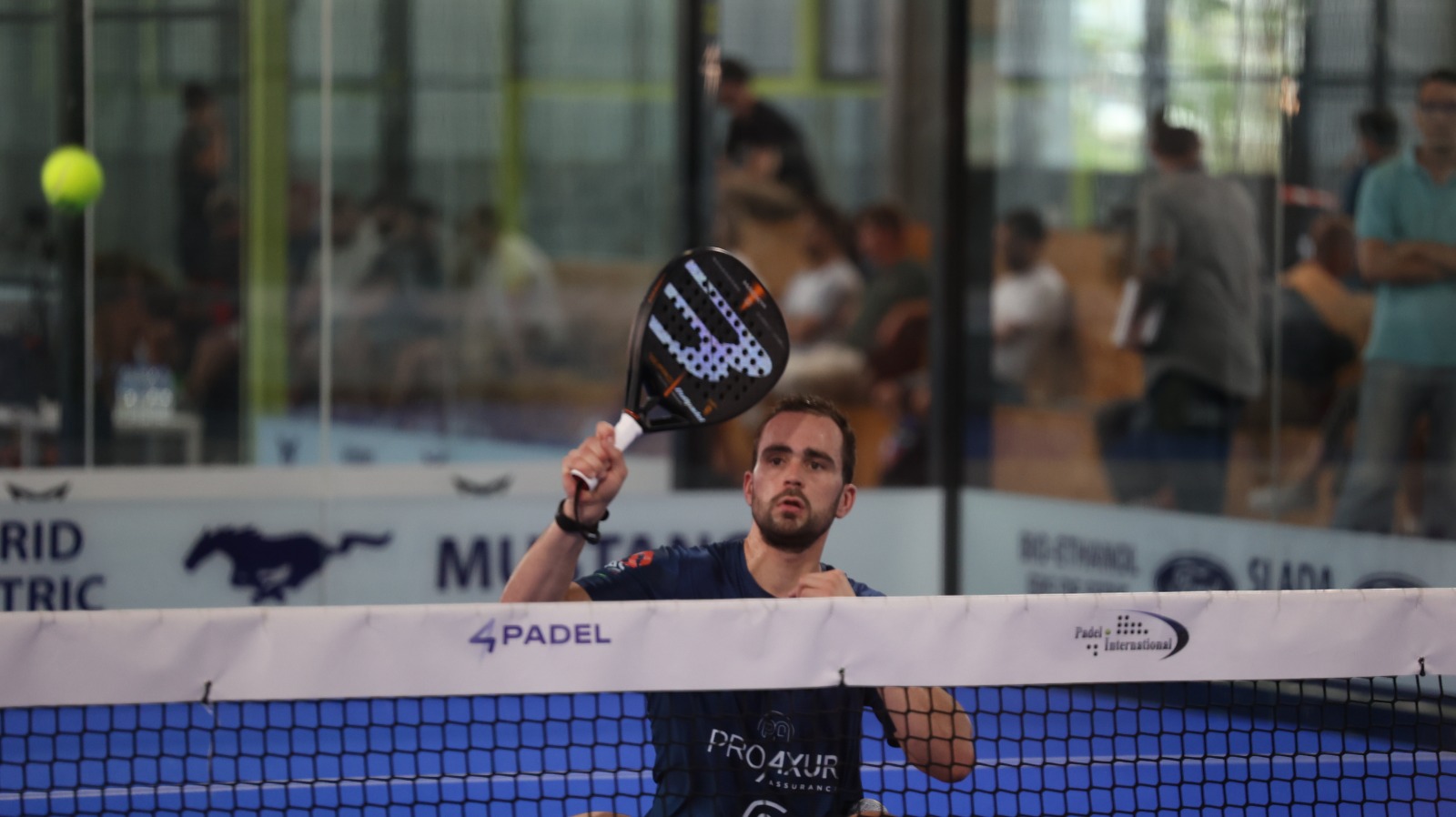 It was the game long awaited by the locals who saw the child of the country Bastien Blanqué start with your partner Francis Jury ce World Padel Tour French Human Padel Open in Toulouse. The Franco-Spanish pair was opposed this Sunday to Jairo Bautista (87) and Pablo Garcia (91).

The Toulousain was playing in front of his public and intended to imitate his compatriots this morning in the second round of pre-previa.

Unfortunately for him, the start of the match did not go as he had hoped. Undermined by the two Spaniards, the pair Blanked / Jurado couldn't do anything in the first run.
She suffered in conditions that favored aggressive play. Indeed, the height under the ceiling does not allow to achieve very high lobs and the heat allows the balls to come out more easily. The Spaniards, imperial in the smash, we knew how to take full advantage of it!

More on their legs during the second period, the Franco-Spanish pair managed to put more rhythm into the game and to hang on against the seeded number 1 of these pre-previas, but unfortunately it was not enough to win an entry ticket for the second round.

At our microphone at the end of the game, Bastien was obviously not satisfied:

"I'm a bit disappointed, because it's at my house, there were people to support us, but the draw was very hard, the seeded 1 was opposite, Pablo and Jairo who are in our training group in Madrid. We knew that they were very, very big players and in conditions like that, very fast where outings are prohibited, that does not forgive.
We have a game point in the first game, we get broken stupidly on a let, we make two faults on the fly. In such conditions, it is necessary to avoid lobs, especially to play at the bottom. That's what we did but we made too many mistakes on the fly, my partner and I. We lobbed sometimes when we shouldn't have lobbed, they get balls out in par 3, and in the end, we get broken twice... and that's a shame.
It's frustrating not to have been able to get out. When I went out on top, I put the balls back, but the point was already over. When you play two big spikers, you know it's hard and, in addition, they have well lobed, in the middle or long. We couldn't hit and they hit and they were better than us.
In a match like that, we don't really have the right to play too high otherwise they attack us on the fly and the lobs have to hit the last 10 or 15 centimeters of the field. But when you have a ceiling of 6,50 or 7 meters, you shouldn't miss the lobs. We had no room for error in this match.
Among the wild-card that we didn't have and this difficult draw, it's true that everything is a bit against me. The start of the season was difficult because I didn't get the results I hoped for, even though I train a lot. In this case, you have to turn your back, keep working and it will end up turning out well. »

The second game of the afternoon begins in a few moments. It opposes Thomas Vanbauce – Rikard Raad to Iago Gonzalez- Manuel Prado live on the page Youtube de Padel Magazine