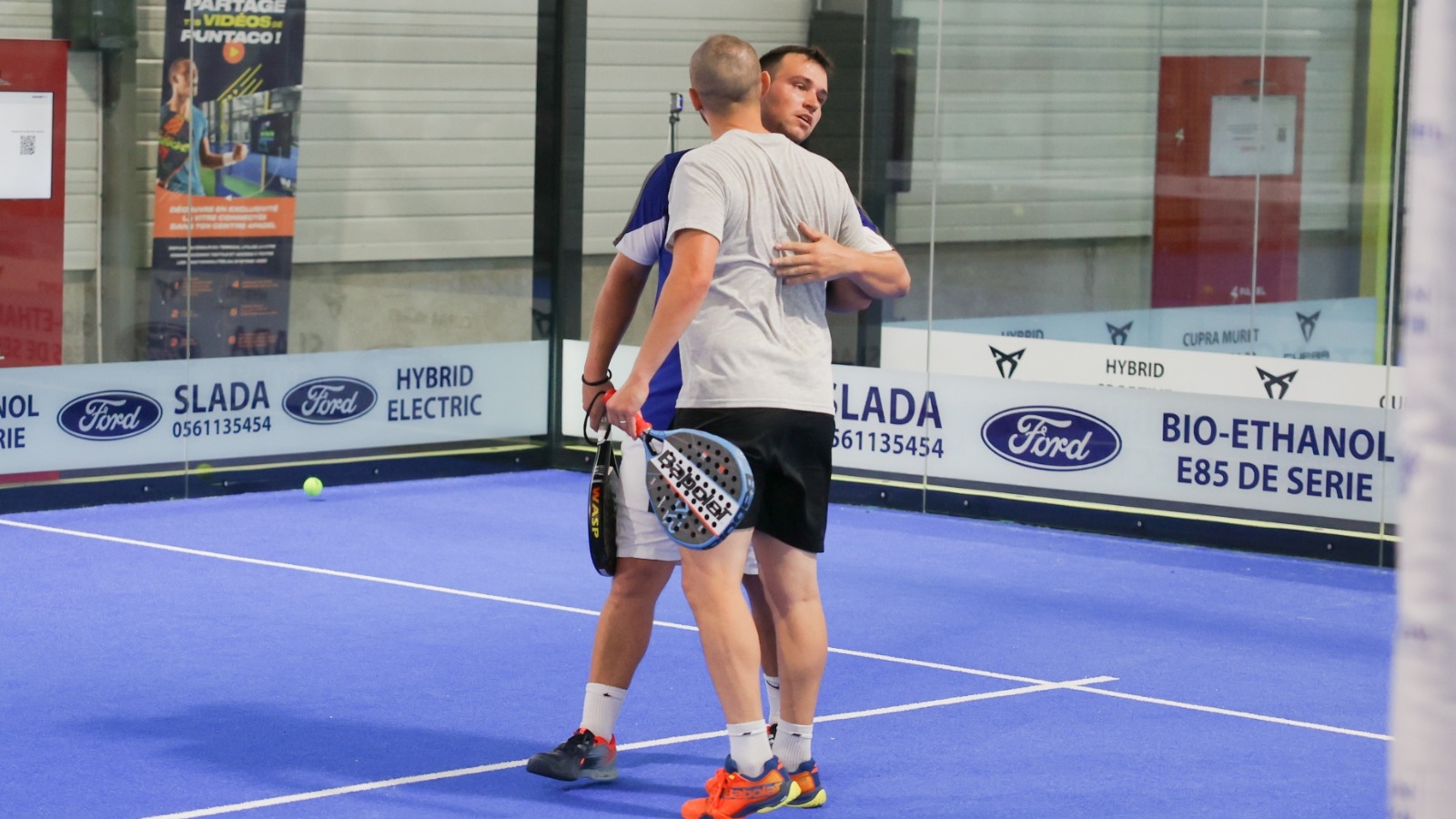 It was the first match of the day, the one that inaugurated this very first World Padel Tour in France and the public present this morning in Toulouse was able to celebrate the victory of a 100% French pair.

We meet at 10 a.m. Justin Lopes and François Authier face Pedro Garcia Consuegra (264) et Miguel Briega Ramos (279) on the central court of the magnificent club of 4Padel from Colomiers

The Lyonnais made a good start to the game, fighting on all points and putting pressure on their opponents. Well in legs they won the first set 6/3.

Maintaining an excellent rhythm during the second round, the two Frenchmen were able to seize the opportunities to put their rivals in difficulty. Despite solid play from the Spaniards offering us some 'puntazos', it's the pair Authier - Lopes who wins with a final score of 6/4 – 6/4, thus qualifying for the second round to be held later in the day. They will face at 17:00 p.m. Aitor Garcia (92) and Pedro Vera (101), seeded 4 of the preprevias!

After this first French victory, a second French pair will now play on track 1. Yann Auradou and his partner Manuel Vives are currently facing the twins Alberto and Pablo Simon Garcia.