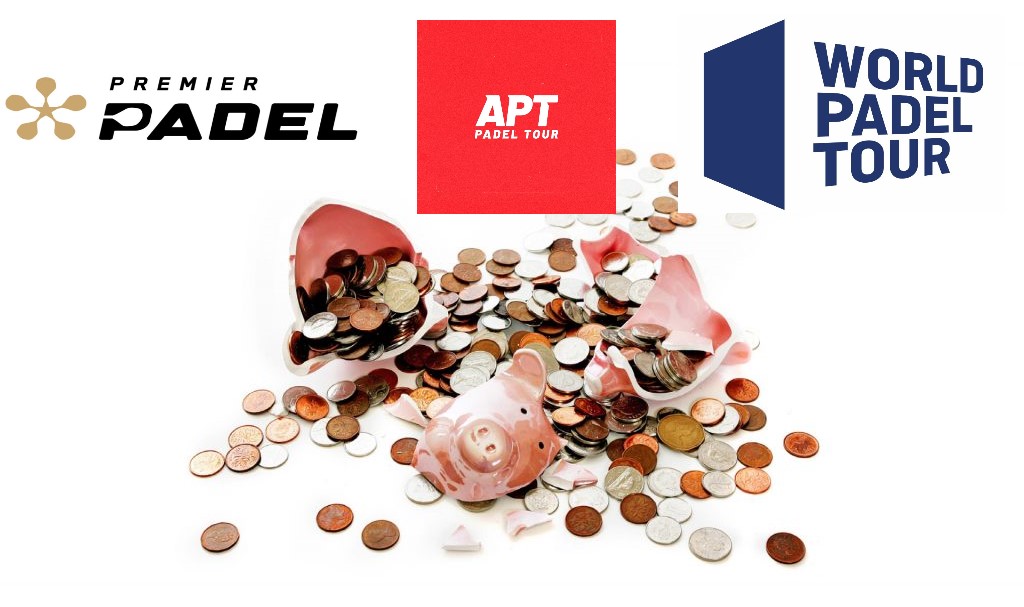 You wonder what are the differences in prize money between the three professional circuits of padel currently in effect? We take stock.

Premier Padel : the revolution in prize-money!

Premier Padel is arrived this year, with record prices. We obviously think first of all of the Majors, which will be four in number this season (Qatar, Italy, France and Mexico) and which offer €525 in prize money! For players, this gives rewards that change everything as you can see below:

But the other tournaments of the official circuit of the FIP are not left out since even the Type II currently offer more money than any other professional tournament which is not stamped Premier Padel. Judge instead:

Only downside so far, Premier Padel does not yet offer a tour for ladies.

The APT and the WPT now at the same level…for men!

Before the arrival of Premier Padel, the APT Padel Tour, who had identified the World Padel Tour as its first competitor, had decided to somehow match the prize-money offered by the circuit managed by Setpoint Events SA Here is how the rewards are distributed at the APT:

But shortly after the start of the season, the World Padel Tour made a historic decision: offer the same rewards to ladies and men. Thus, if the WPT remains overtaken by Premier Padel and is neck and neck with the APT concerning prize-money for men, he remains the reference in the padel feminine !