Le World Padel Tour continues its global expansion, and the television broadcast is one of the elements allowing us to see it. This year the WPT will be visible on television in 8 different countries !

The WPT on TV in Belgium!

It's here great novelty for the 2021 season. Belgians will be able to see the finals of the World Padel Tour live on TV!

At the moment, we just know that the group Telenet bought the rights to WPT. With the Eleven Pro League, Eleven Sports or VOO Sport World channels, Telenet will be spoiled for choice to broadcast the finals of World Padel Tour.

For fifth consecutive season, the free channel that all Spaniards with a television can watch, will broadcast the tournaments of the World Padel Tour.

Hundreds of thousands of Spaniards will therefore be able, once again this year, to enjoy two semi-finals on Saturday morning, as well as two finals (ladies and gentlemen) on Sunday. 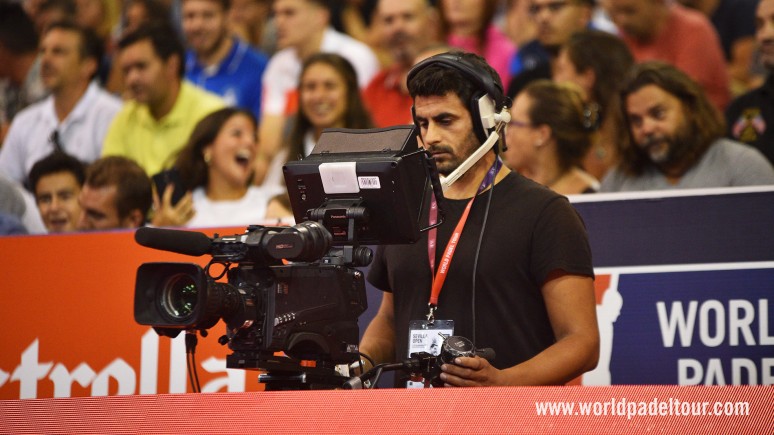 A second year in Scandinavia

Signed last year, the agreement between the World Padel tour and the Nordic Entertainment Group will allow hundreds of thousands of people to have access to padel in the Scandinavian countries. The matches will be broadcast from Friday to Sunday.

Le padel will therefore be part of a large catalog, with its side the Champions League football or Formula 1!

TNT Sports, a pay channel which, as its name suggests, specializes in sport, will offer summaries of the most beautiful matches as well as the finals of the tournaments of the World Padel Tour offline to its subscribers! A novelty in this country with millions of aficionados !

The WPT had raised the idea of ​​retransmitting in streaming from the pre-previas, but for the moment it will be simply from the quarter-finals. Here is the official broadcast schedule for Adeslas Madrid Open 2021 here starts today au Wizink Center : 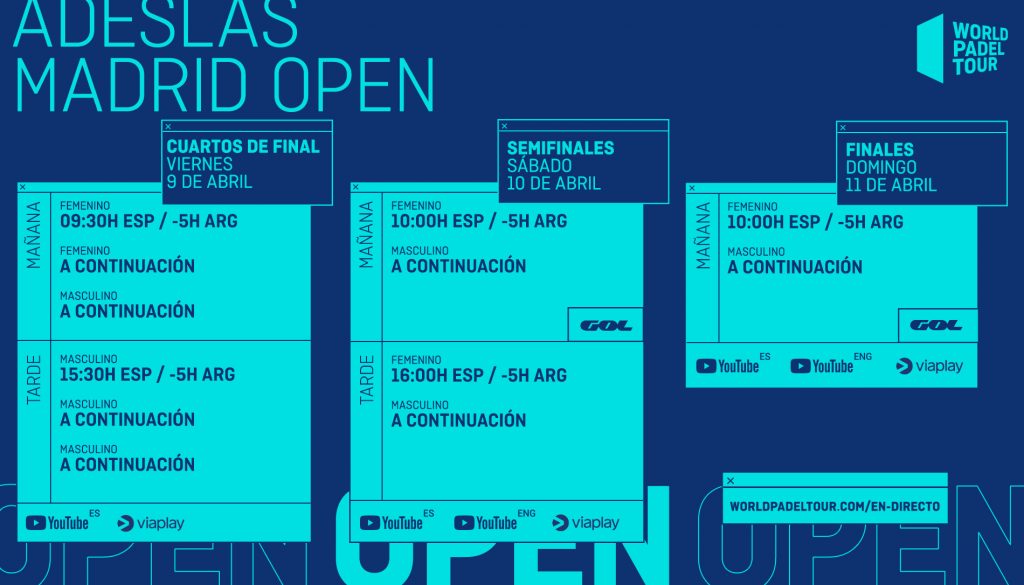 If you want to watch it on TV, all you need to do is bring a HDMI cable, and connect your computer to your television, to take advantage of the “best padel of the world" from your sofa.

Arnaud Di Pascuale, director of the mission padel at the FFT said recently:“I want padel on French public channels. ” Cit seemed utopian at first glance, but we could well be closer than it seems.