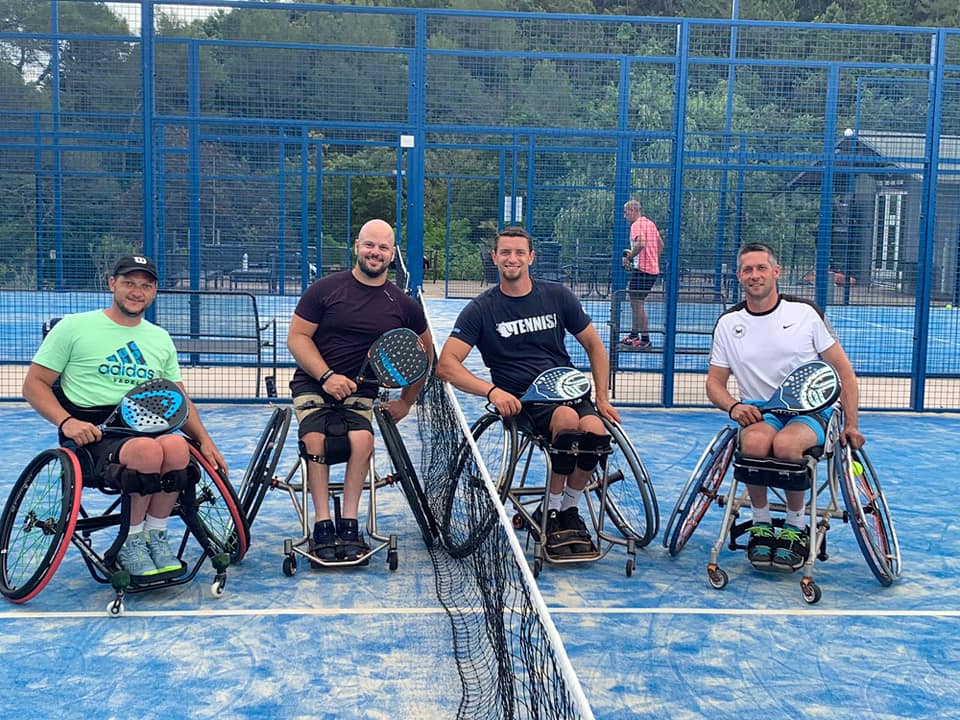 In order to best adapt the practice, there are some specific rules.

The player must keep the front wheel(s) behind the service line and not cross the imaginary line which follows the center line. It is possible for the server to use the racket to bounce the ball when serving, if he has difficulty doing it by hand. When serving, the player must hit the ball below the shoulders.

During the service, the player cannot change his position by moving or turning. However, there is a tolerance in the event of slight movements of the wheels that do not affect the position initially adopted. Wheelchair players may not serve while moving.

Finally, the ball is considered fault if it rebounds in the opponent's service box and touches the fence before the third rebound. It is also a fault if the ball bounces once or twice in the service receiving square and goes directly out the door.

The service is considered as a let and therefore to be redone if:

It is forbidden for the player to lose contact with the wheelchair. From the start, it is mandatory to anchor the player's feet and waist with belts, straps or rails. It is therefore not permitted to rub the foot against the ground of the court with the intention of braking or propelling oneself voluntarily.

It is not possible for a player in a wheelchair to leave the field. This is explained by the impossibility of passing if the access to the land respects the conventional standard of 0,82 m maximum opening. On the other hand, it would be practically impossible for the player not to hit the post or the net on the way out, so he would lose the point.

However, an outing on a track with special characteristics can still be considered. In this case, it would still be necessary to respect the rule of the “third bounce”.


For those who would like to find these FIP rules in their original version, this happens HERE !