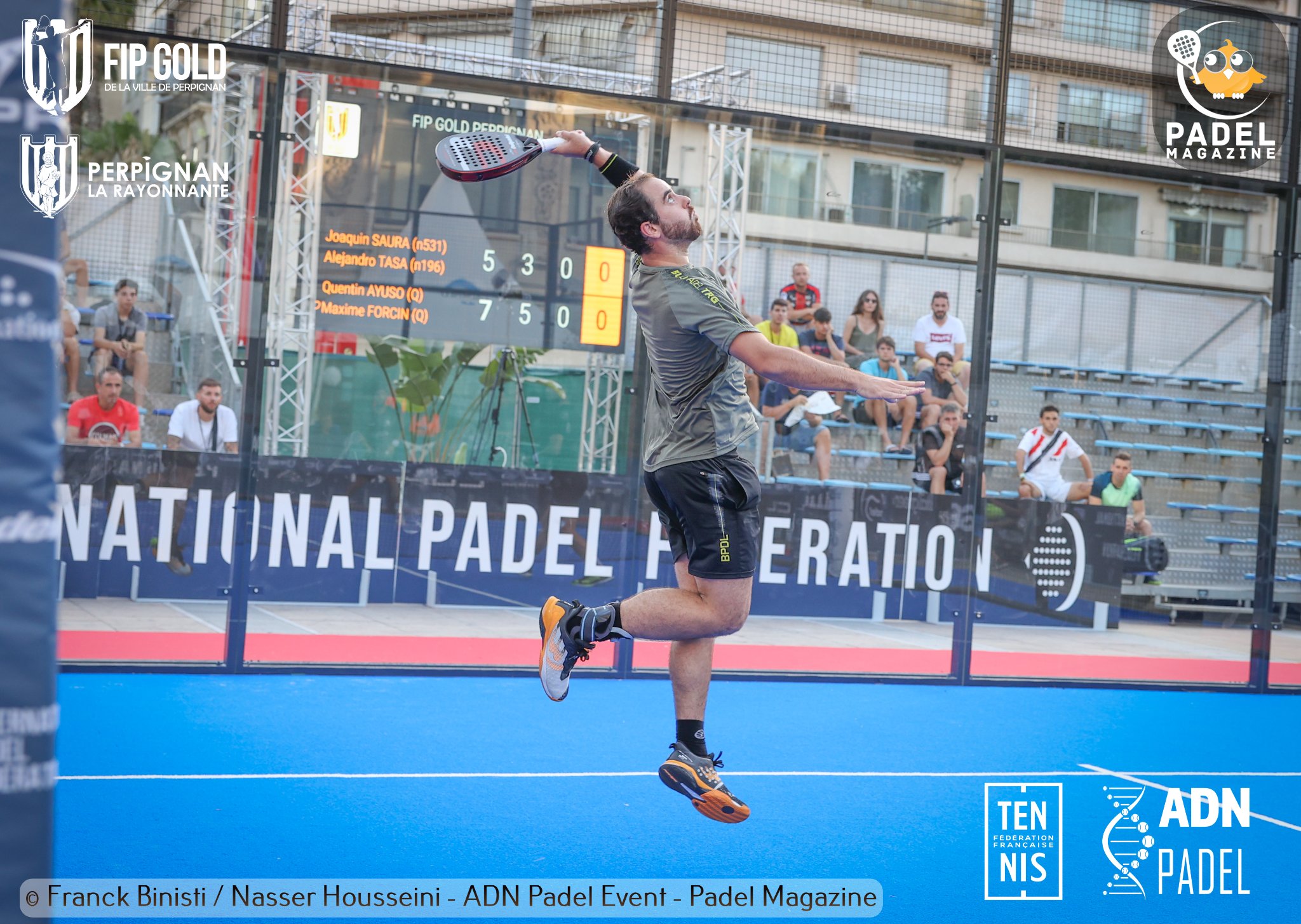 Qualified for the Round of 8 FIP Gold Perpignan alongside Maxime Forcin, Quentin Ayuso agreed to come back with humor on his previous match.

“We were able to stay focused”

Padel Magazine : You come out of a very good victory with Maxime in sixteenths, how do you gauge this match?

Quentin " We managed the entry break which allowed us to free ourselves quickly. Then we tried to play with our weapons and stay aggressive to prevent them from imposing their pace and getting used to the conditions.

There were seven breaks it seems to me in all in the first set, we were able to stay focused to finally get out of it before the tie-break.
In the second run they pushed me a little bit more in the air, the goal was really to minimize mistakes while staying in our aggressive lane so Max had opportunities to finish the points. We are happy to have won this game. "

An “incipient baldness and a more than approximate technique”

Padel Magazine : You kind of became a crowd favorite yesterday. And rumors say you even signed your first autograph, is that true?

Quentin : " Indeed ! Even if it was a set-up by my fan club whose honorary president is none other than Mario Cordero and which brings together some fanatics from the clubs in the region. “

Padel Magazine : Can you tell us your secret so that the crowd only sees you on the field?

Quentin " I think it's clear: an incipient baldness and a more than approximate technique clearly make the difference vis-à-vis other players "

Padel Magazine : More seriously, you play again on Friday, what is your objective in this tournament?

Quentin : “We are lucky to be able to take advantage of this exceptional setting for one more match, so we will try to have as much fun as possible above all. We wanted to play foreign pairs to see something other than what we see on the French circuit and it is already the 3rd Spanish pair that we will meet in this tournament. For my part, I enjoy sharing the track with Max and I think we would both have signed, three weeks ago when we registered, if we had been told that we would reach this stage of the tournament. In addition we will face a pair composed of two world top 100, it will be an incredible experience.

Thanks to David Mateo, DNA padel Event and the whole organization who have done an incredible job to bring this project to fruition and allow this sport to continue to grow in our country! “