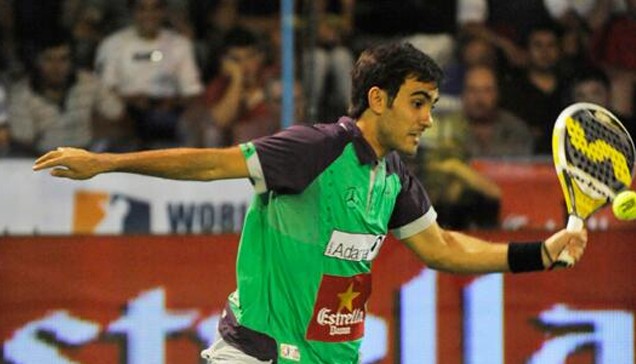 Padel Magazine - The public was spoiled on the central court of Technopolis in Buenos Aires.

The quarterfinals proved difficult for all players ...

padel fans were eager to see the return of the global 1 numbers to competition. And Juan Martín Díaz and Fernando Belasteguin showed that they have kept their hands by winning an 32e matches without defeat in competition. They are defeated Miguel Lamperti and Maxi Grabiel (7-5, 6-4)

Sanyo Gutiérrez-Maxi Sánchez managed to beat Agustín Gómez Silingo-Fede Quiles aka the 6-3-7 gunners. For Agustin and Fede, the masters seem too complicated to get now with this defeat.

The world 2 numbers will play the semi finals against: Cristian Gutiérrez and Matías Díaz. Cristian and Matias have suffered to prevail against Gaby Reca-Seba Nerone 6-2, 6-7, 7-5.