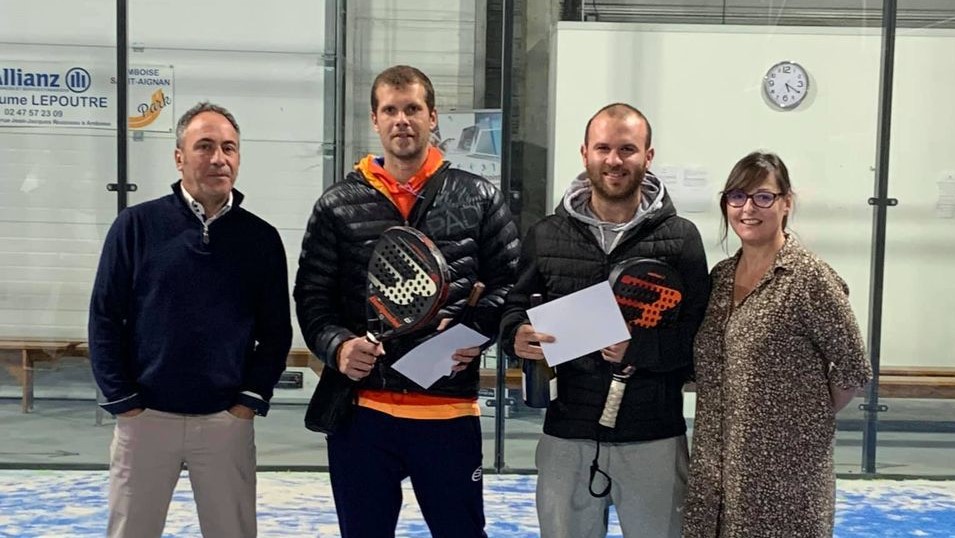 After group stages on Saturday, 4 teams qualified for the final table with a good performance from our locals Julien and Pierre who lost in quarter to the number 1 seed. Nice course also for the “Rookies”, Mattéo Rocci / Simon Jonot.

In the final, we find TS1 against TS2: Justin Garnier / Vincent Sapene opposed to Simon Malinowski / Maxime Vimard. After a nice fight of an hour and a half, SAPENE / GARNIER wins 6/4 6/4.
In 3rd place we find the Angevins Valentin Briquet / Pierre Pascaretti, followed by the pair Chabrol / Debaeckere. 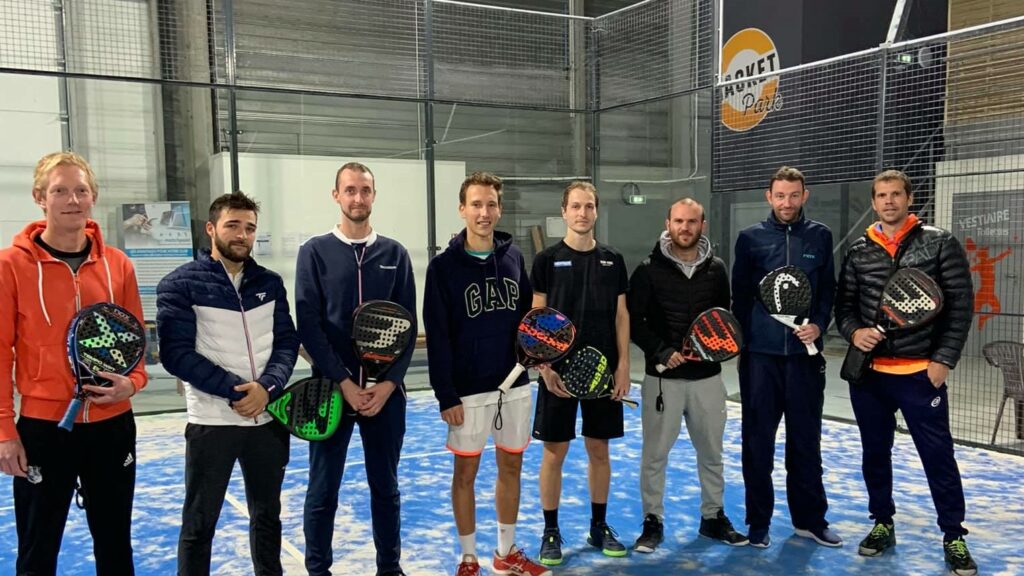 Thank you to all the participants of this edition which allowed to see the real and spectacular padel !
Thank you to our partners Domaine des Thomeaux (Mosnes 37) and Domaine de la Chaise (St Georges sur Cher 41).

We are expecting many of you for our next P250 which will take place on Saturday 20 November and Sunday 21 November. Registrations are now open! Everyone to your keyboards !
And again a big thank you to Sarah for the catering and Christophe for his help during the tournament.