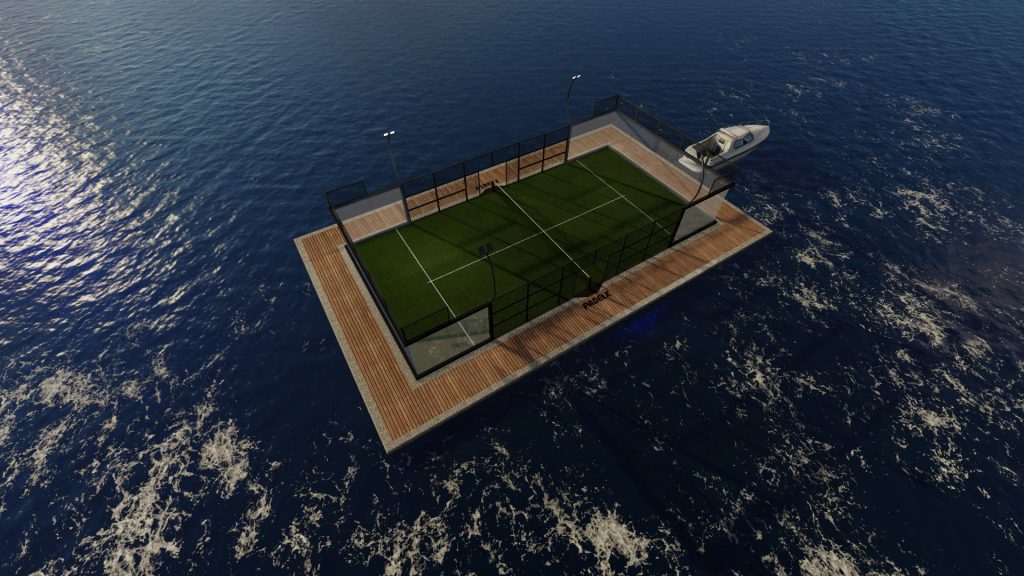 Have you ever dreamed of playing padel on a lake, on the sea, or on a padel pulled by a boat? Spanish Rafael Carbonero, the founder of PadelX, offers us exclusively the first images of a completely crazy project.

The first land of padel ephemeral in China

“I am Spanish, and like any self-respecting Spaniard, I am passionate about padel. My professional adventure in the padel begins in China with the launch of the first padel ephemeral in a large Chinese shopping center.

This allowed China to discover this sport. We have had a tremendous amount of positive feedback. The media got hold of the subject padel. And we can say that the Chinese adventure in the padel starts at that point.

This made it possible to launch the first club of padel from Shanghai that we called the RedPadel. A company that I created in 2016. ”

Parks, roofs, padel all over !

“A little later, I joined forces with Johan, a Swedish friend, founder of Laowa Padel, and we launched PadelX. Together we opened the first club with two rooftop courts in Shanghai.

After that, interest in the padel has grown exponentially in Shanghai.

Thus, we had many opportunities to PadelX: near the sea, in shopping malls, rooftops, parks, we are planning a big expansion this year. ”

The word padel did not exist in chinese

“In 2016, when I started to present the padel, no one knew this cousin of tennis. We didn't even have a word for padel in Chinese.

But that's old business. The padel is said in Chinese: BanShi WangQiu, and since then I myself have promoted the padel to more than 5000 people.

We can finally say: the padel takes off in China. Granted, it's still quite slow, but things are developing very positively.

The proof: at the time, I knew all the players of padel in China. Now that's impossible! ”

“Among the activities we do, we organize Discovery Days, BBQ Days, Team Buildings for companies, Kids Days, Family Days, Days for Ladies, Happy Hours… and of course tournaments, including the last with a total prize money of 3 USD, and 000 USD for the winners.

On the Swedish side, Johan takes care of the business. We have built over 100 lots in Sweden and now we plan to export our lots to China. We came to an agreement with a factory that could produce up to 50 plots per day. “

Padel on the water: a dream come true

" The padel on the water is a dream, it is very close to being true. It is not easy to design a platform strong enough that the padel can be practiced, while being mobile, and pulled by a small motor boat or a jet-ski.

But now we are finalizing the design and hope we can show the world soon these floating islands of Padel.

Anyone who lives by the water can have their own padelwithout having to go through the difficult and lengthy process of obtaining building permits.

Requests from Dubai, Malta and Thailand

“Now we already have requests from Dubai, Malta and Thailand.

Developing this project costs us a small fortune, but for the end customer it will be a good investment. You don't have to buy the land! ”