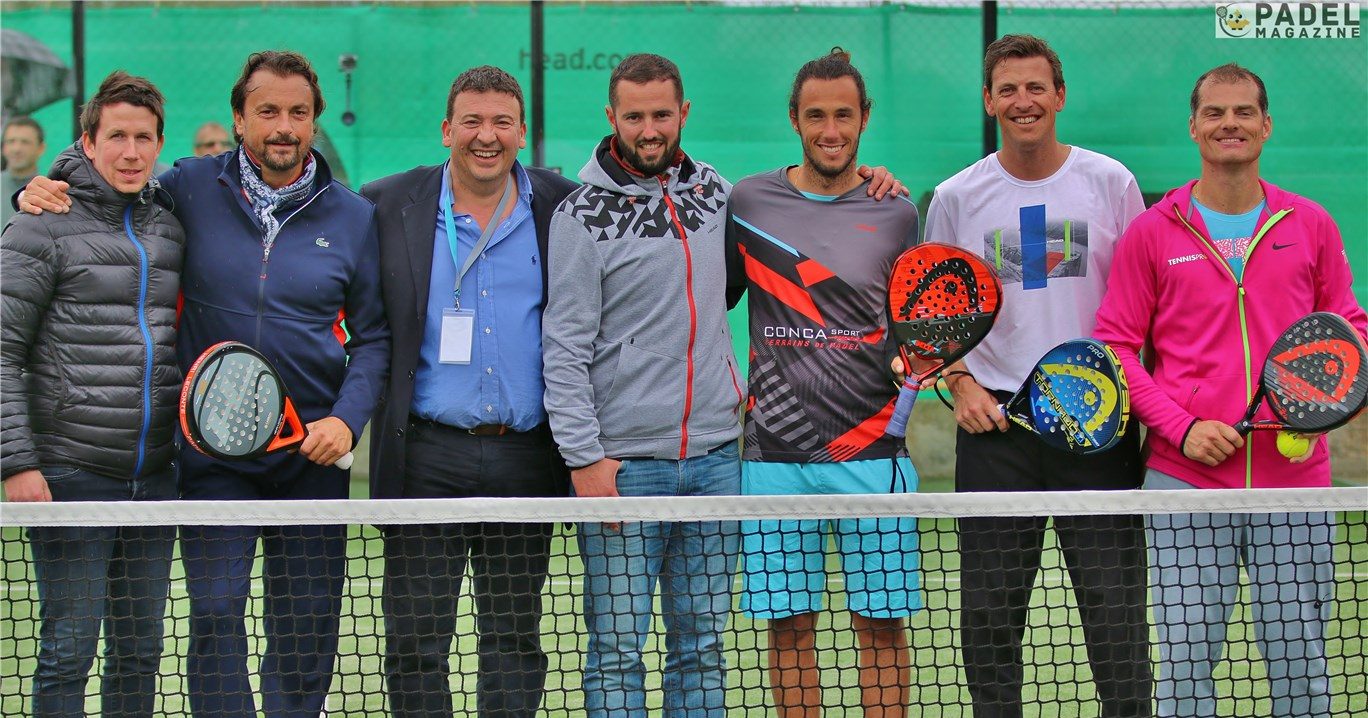 In Alsace, the padel is becoming a real phenomenon. The Reichstett Tennis Club believes in it so much that it has set up 2 padel even hoping to do more ...

Despite a rather complicated time, Henri Leconte and the French number 1 of padel Robin Haziza went between the drops to do the show. About 500 people were present to discover the padel. The organization was just perfect and allowed everyone to enjoy.

The FFT is more and more present.

A little earlier in the morning, the Vice-president of the French Tennis Federation Jean-Pierre Dartevelle came for the inauguration of the two courts of padel at the Reichstett Tennis Club, the first tennis club to embark on the adventure of padel in the Alsatian region.

The Vice President once again explained the potential of this sport in France and that he had everything to succeed.

Lionel Mangold, secretary general of the Alsace tennis league, is categorical: “ we observe in our league a very important emulation around the padel and this club is only the first of a long list certainly ».

Lionel Mangold goes on to explain that plans for padel will see the light of day by the start of September in Strasbourg and near Mulhouse. Friends of Montbéliard will thus no longer be able to travel more than an hour to play padel in Strasbourg or in Switzerland.

Gilles Feist, the President of the Rechstett TC has already announced a great start. Indeed, while the club has barely launched its season of padel, 23 members made redundancies exclusively padel as well as 33 additional players who are licensed for tennis and padel.

The goal is 50 licensees this year to allow the club to see further. Half of the way is already done, especially for a cost for each member of 85 € / year to play unlimited at padel at the club.

Thierry Bramer, the director of communication of the group is said first of all « honored to have been chosen by the club to build these superb grounds in the heart of the great east of France ».

Finally, Thierry Braemer explains to us that we must expect very strong news Henri Leconte Padel club in the coming months since other clubs are arriving at high speed: Bouc Bel Air, Puyricard, Mont de Marsan or Clermont-Ferrand ...

Months that promise to be hot!