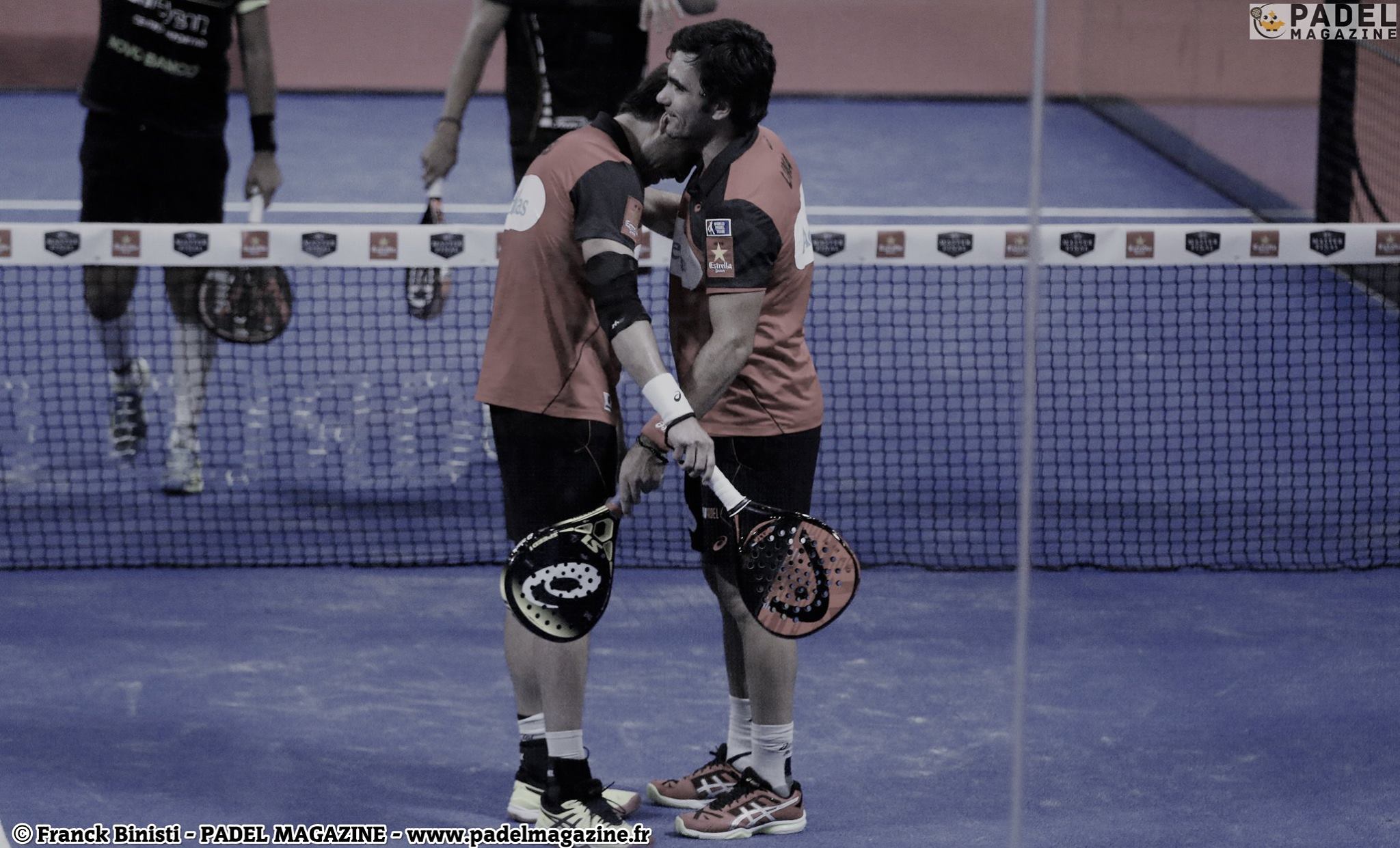 Group A started with Willy Lahoz - Aday Santana's match against Alex Ruíz - Adrián Allemandi. An important game to decide which pair will keep their option for Friday. Santana and Lahoz arrived as favorites, but their opponents had not decided so. It was necessary to go until the tie break for the pair Willy Lahoz / Aday Santana to win this first set.
In the second, on the score of 2-2, Allemandi requests a medical time out. Lahoz and Santana take the lead and lead 5-2. While the match is believed to be coming to an end, their opponents have yet to say their word and continue to fight. After two hours and eight minutes, the Spanish pair ended up winning this 2st set on the score 6-4 and remain in the competition.

Bela / Lima as master in group A

This day ends with an expected clash between the world numbers 1 and 3: Fernando Belasteguín - Pablo Lima vs Matías Díaz - Maxi Sánchez.
He was sure it would not be a health walk. Whenever the global 1 numbers hit, their opponents responded. Bela and Lima make the break in the 7st game, consolidate and win the 1er set 6-4 after 45 minutes of intense play.
This does not change in the second set, Bela / Lima as the leader takes the advantage while his opponents are looking for ways to reverse the situation. World numbers 1 break into the 7st game, the game is in their hands and win the 2è set 6-3.

Mati and Maxi will not be allowed to make a mistake against Lahoz and Santana.

In group A, the 1er match between two newly formed teams for the tournament: Maxi Grabiel - Cristian Gutiérrez against Marcello Jardim - Lucho Capra.
The two pairs having lost their first meeting the day before, each needed a victory to keep the hope of reaching the semi-finals. The Argentine duo came in stronger and needed little time to clinch the first set 6-1.

The Capra / Jardim pair had to react immediately if they did not want to say goodbye to the tournament and appeal to the magic of Marcello Jardim and the determination of Lucho Capra. Unfortunately for the Brazilian and Argentinian, their opponents break first. Maxi Grabiel and Cristian Gutierrez take the 6-1 / 6-4 victory in one hour and 13 minutes.

Each of the pairs started their tournament with a win the day before and are determined to do the same to validate their ticket for the semi-finals.

The world numbers 2 are in great shape, they impose their pace take the first set 6-3.
The Lamperti / Mieres pair reacted slowly but surely by raising their quality of play. A reaction that was not enough to prevent Sanyo and Paquito from ending the match 6-4 in the 2nd set after one hour and twenty minutes Sanyo and Paquito have a very good chance of reaching the semi-finals.