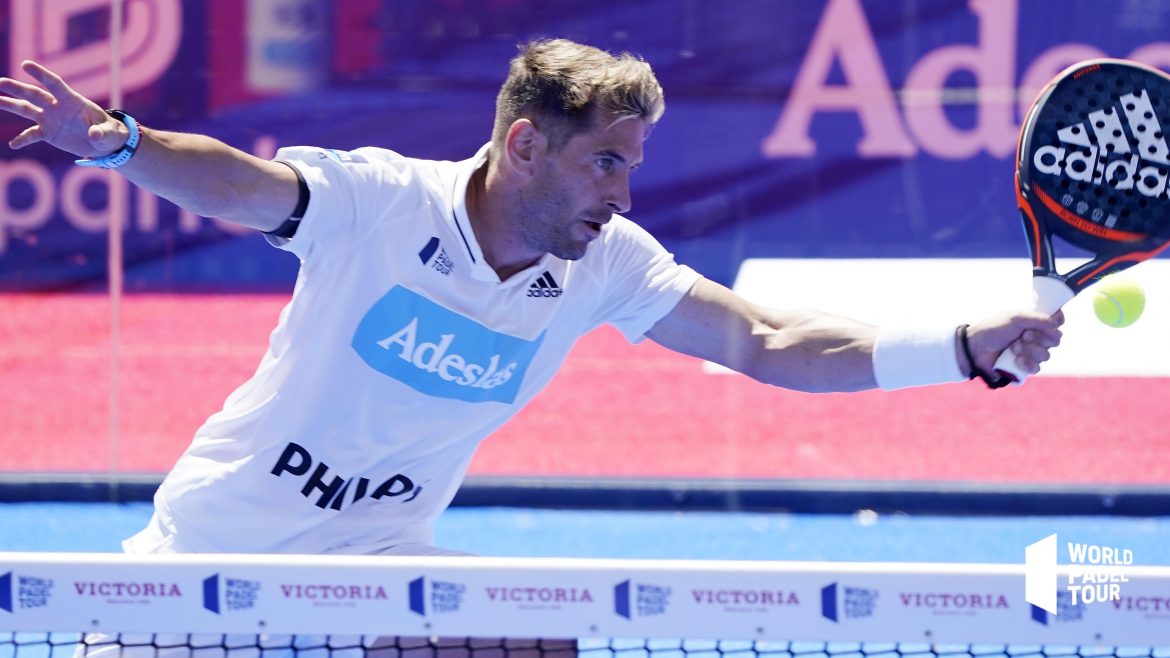 Stand at right or to left on the track. What is your favorite side ? If you are left-handed, the question does not arise. But besides, why do we place ourselves like this?

Let's start simple. Let's take the example of two right-handers on the track. In general, the one who is the most aggressive will post on the left leaving the right to the one who will be the most patient, regular, in a word, the most tactical.

What would happen if we changed everything?

Fernando Belasteguin and other purists are used to saying that the best possible organization in padel is to play a right-hander with a left-hander. Obviously, this implies that the right-hander will play on the left and the left-hander on the right. Both players have their forehand volley and their smash in the middle, which seems to be the best way to win points.

But let's imagine for a moment that we wanted to create an extraordinary team and that we tried a new tactic of play by posting the left-hander on the left and the right-hander on the right. Let's see what would happen at the back of the lane and then at the net.

At the bottom of the track

In defence, would this new placement bother us? In fact, not really because we all know how to play forehands, backhands, lobs, exits from windows and others. The left-hander will have to negotiate the balls close to the side window on the forehand, the same for the right-hander on the right, and the center will give way to backhands, which will certainly be less of a problem than when played in an opposite position, in the corners.
In fact, with a bit of hindsight, organization and practice, playing like this right-handed and left-handed would even be confusing for opponents and good for your defense.

This is where things get tricky. If you analyze or watch most matches of padel, on TV or at your club, you will see that the majority of volleys are played from the middle. In our case, both players will have to volley with the backhand. Nothing serious, you will tell me, but from an aggressive point of view, flexibility of the wrist and pressure on the opponents, the forehand is safer, more precise. The points will therefore be longer because you will have to take more time to organize your attack.

High balls in general. You know the right-handed position on the right. When you have to play high balls, you have the diagonal slightly behind you unlike on the left where the track is more in front and therefore easier to play. By posting the southpaw to the left, you'll find yourself playing all the high balls "quite" defensively. That doesn't mean you're going to lose the net but, again, you'll have to work the point longer to win it.

Finally come the smashes. There are those that you had to impact close to the grid (right-handed left or left-handed right) that you will have to exchange for bandejas, and there are those smashes from the center of the field that will require good communication to avoid the clash between partners. For smashes brought back to your camp, no problem, but for smashes by 3 you will have to change direction. Although it is possible for a right-handed person to take the ball out on the left side of the lane, it will be more natural for them to take it out on the right. Same thing for the left-hander who will more easily take the ball out to the left of the track. So the logic of smashes will be reversed, which could disturb the opponents but will require technique and great precision/efficiency, otherwise you will be countered or passed because you will have lost your position.

Although at the back of the track this organization does not greatly disturb the course of the game, it will be at the net that we will notice the most difference. As you will be less aggressive, you will have to play more extension points. We can reserve this game tactic for tactical marathon runners who have a good hand to place the ball in all corners of 20×10 and beyond.
Maybe these positions don't fit with the padel of today that invites speed and power. But hey, it's by testing that we know if it's worth it or not. Let's go !!!