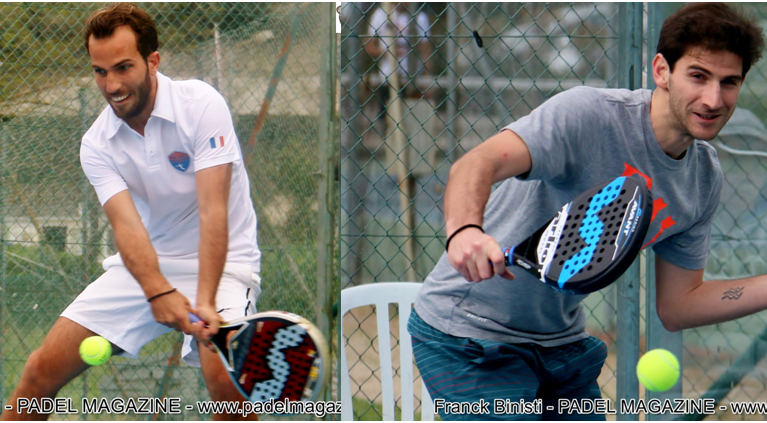 Le Padel Master France which took place on the court of Padel Roquettan was a great success with the participation of 32 of the 50 best French players from past seasons.

Despite a capricious weather and difficult game conditions on Sunday the tournament managed to go to an end to end Easter Monday at 20h 15.

The southern teams showed overall superiority with 7 qualifying for the 1 / 4 finals and a brave Lille team qualified to benefit 2 teams injured in the pool. The PADEL ROQUETTAN was also well represented in the last phase with 4 teams in 1 / 4 including 2 until 1 / 2 final. On the other hand, the Parisians and Lyonnais will not manage to exceed the phases of chicken as the level was particularly high.

The first semi-final saw the pair Niçoise composed of one of the best French players Jérémy SCATENA associated with Laurent BENSADOUN recent winner of BEAUSOLEIL, win relatively easily against the surprise of the tournament at this level, the pair BERBEN / PREAUCHAT 6 / 2 6 / 4.

The second semifinal was epic with many reversals. While the pair made up of father and son Patrick FOUQUET / Kevin FOUQUET seemed to have to secure the victory during a match, the pair MANNARINO / RITZ saved 3 match balls, one with an unlikely let, pushed the local team until the tie-break of 2eme ended up winning the super tie-break. 3 / 6 7 / 6 11 / 9

In the final, the power of SCATENA could not compensate for the beautiful team play of MANNARINO / RITZ which awarded itself this prestigious title of PADEL MASTERS FRANCE 2015 6 / 4 6 / 4.

The next Roquettan padel tournament will take place at the end of August and will be an FFT certified event.

Discover all the results of the final stages here:
2015TABLOFINAL