Robin Haziza and Jérémy Scatena are France's 2015 padel champions. They make a point on their course and their future in the padel.


Padel Magazine (PM) - Is this cut special for you?

Robin Haziza (RH) - This cut is very special. We have found some sensations of previous championships of France padel with our pseudo titles. We are the first French paddle champions of the FFT era and that can make us proud.

Jérémy Scatena (JS) - Clearly, this is the first real title that does not suffer from any ambiguity. It's just amazing to be first.

PM - To dislodge you, it will be complicated ... Especially since you leave to train in Spain?

RS - We are 1 numbers, but we will have to continue working. There are behind us pairs that grow to start with Laurent Boulade and Jerome Ferrandez. We have seen this at the 2015 padel championships in France. We will continue our training.

JS - My future is in Spain: 6 months in Barcelona to progress and come back even stronger. I am really motivated.

RS - I announce for Padel Magazine and my partner that I will give myself more time to come and train in Spain with Jérémy. This victory gave me additional motivation to go even further. We will try to organize with my Club (Real Padel Club).

JS - Yes, we must not forget Jérémy Ritz, the Fouquet (Patrick and Kevin) who could have been part of the final stages. But we know the league Côte d'Azur is the most competitive, and there was only one place to take for this league. It's a shame for them. But we needed a settlement for everyone for each league. We hope that next year they will be able to participate in these final stages of the French championships.

PM - It was more complicated to win in your own league?

JS - And then, the game is to be first in his league, it's like that, even if pairs of our league could have gone in half or final.

PM - During your course at the French championships, do you seem to be really above?

RH - Our final was really complicated by the stakes and the quality of the opposing game. But we made a perfect match. It was clearly our best game of the tournament and it fell well. Also remember that we fell in the chicken of the death including the pair of Midi-Pyrenees (Alexis Salles and Cédric Carité).

PM - Meeting at the European Championships? 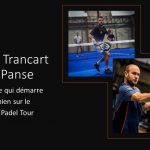 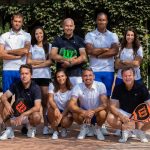 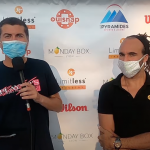 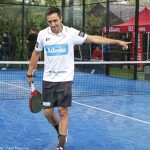