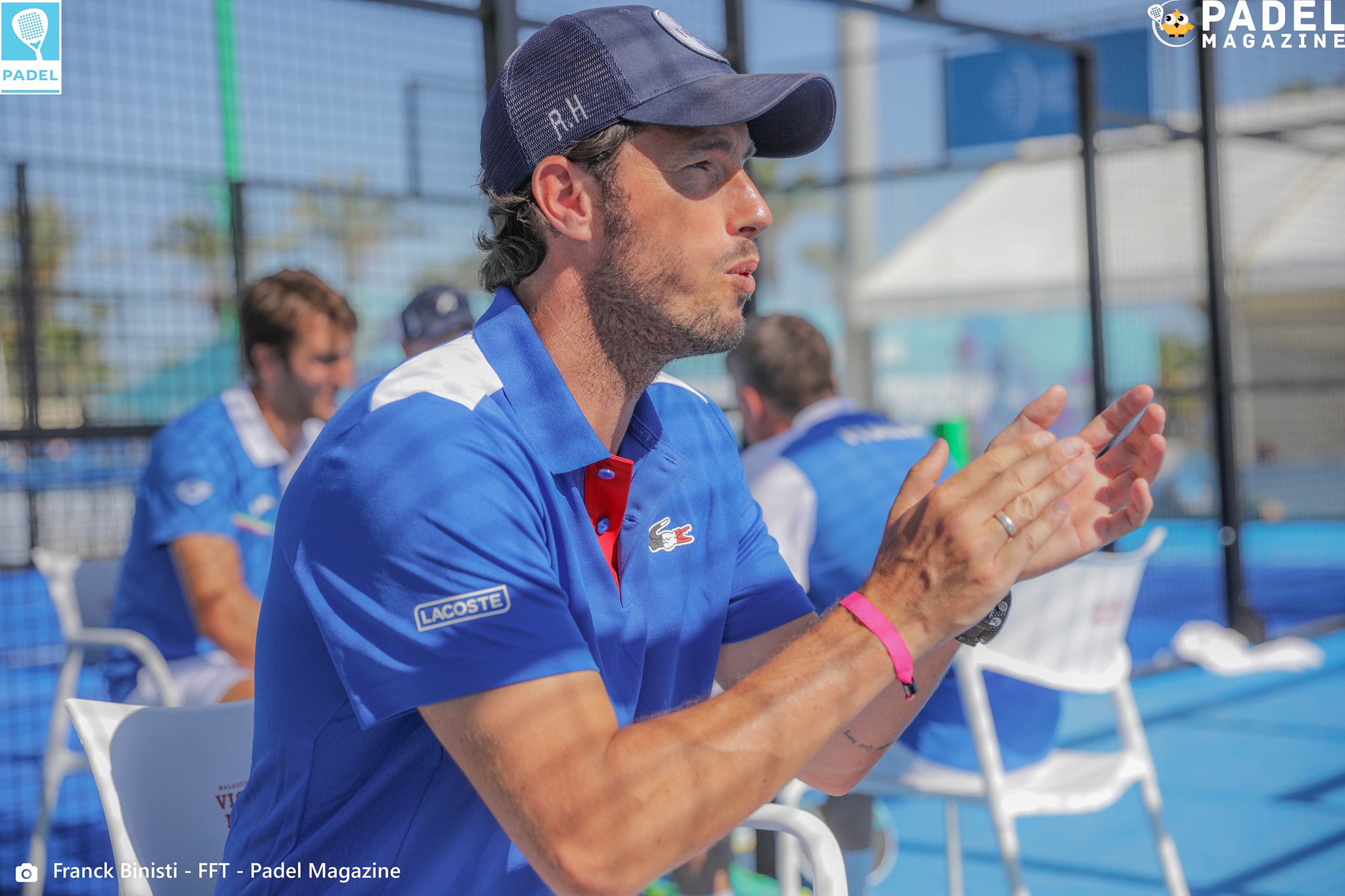 Recently confirmed as coach of the French women's team, Robin Haziza goes behind the scenes of this renewal, the appointment of Pablo Ayma, as well as his ambitions with Les Bleues.

Padel Magazine : Your contract has been renewed at the head of the France team, what does that mean to you? Can you explain to us how such a decision happens behind the scenes?

Robin Haziza : “I am super honored and proud to continue the adventure with the France team. Of course I thank the FFT for his trust. Renewal is from one year to the next. There we go back to a full year until December 2022, with a deadline: the World Cup which will take place around October/November.

An audit was done by Arnaud Di Pasquale, with all the players who were selected last year to find out if everything had gone well, if there was a need for change and/or things to be reworked. Which is and will of course always be the case. I then had a very long discussion with Arnaud about the job, about last year's competitions (Euro and World Championship). At the end of that, Arnaud and the Federation placed their trust in me again. The words of the girls weighed in my opinion, and also the fact that Arnaud came to the worlds in Doha, which allowed him to see the work that was being done. »

Padel Magazine : Regarding the French men's team, Pablo Ayma was chosen. What is your opinion on this choice? Did you have the opportunity to discuss with him after this appointment?

Robin Haziza : “Pablo Ayma obviously is a big name in the padel world, and it's great news that the French men's team is guided by him. I do not forget the excellent work of my former partner Alexis Salles nor all that he was able to do for the padel French for so many years. Now there is a new turn. A turn that is taken around a Spanish expertise, which is a real challenge. Despite everything, knowing the man and the coach, he is very motivated and enthusiastic about the idea of ​​putting his experience to good use for the French men's team. I have already spoken with him, we are very good friends and we really want to do a good job. I will be there to support and guide him in this new position. »

For the French team, priority to results and group cohesion

Padel Magazine : Let's get back to you. What are your ambitions within the framework of this new mandate?

Robin Haziza : “My ambitions are very clear: as usual, try to reach as high as possible. I am very motivated to continue to grow this team. We are lucky to have a homogeneous team, even a little more with the returns of Jessica Ginier, Laura Clergue and other girls who are obviously progressing every day now. I'm motivated with one goal in mind: to beat the Italians.

We forget the first and second place that are made for Argentina and Spain. Our challenge is to beat Italy, without forgetting other nations like Sweden. But to come back to the Transalpines, they have a wonderful team but so do we and we will give our all to compete with them and try to win. »

Padel Magazine : How do you choose your players? Do you adopt a modus operandi, a particular strategy to do so?

Robin Haziza : “My strategy for my future team is to be true to my principles. Results and group cohesion take precedence. I believe that in the past, I have already proven that I made strong choices: I brought Wendy into the team, Lucile… I didn't hesitate to change a few pairs. I watch, I observe and I make sure that the group is united. I have a pretty strong relationship with all the girls, we have a Whatsapp group so we talk a lot. They know my phone is always on for them. It's up to us to grow together!

We have a great sporting year ahead of us, to see which team will be the best possible. Again with two important levers: the level of play and group cohesion. And a key word: the common desire to go far! »