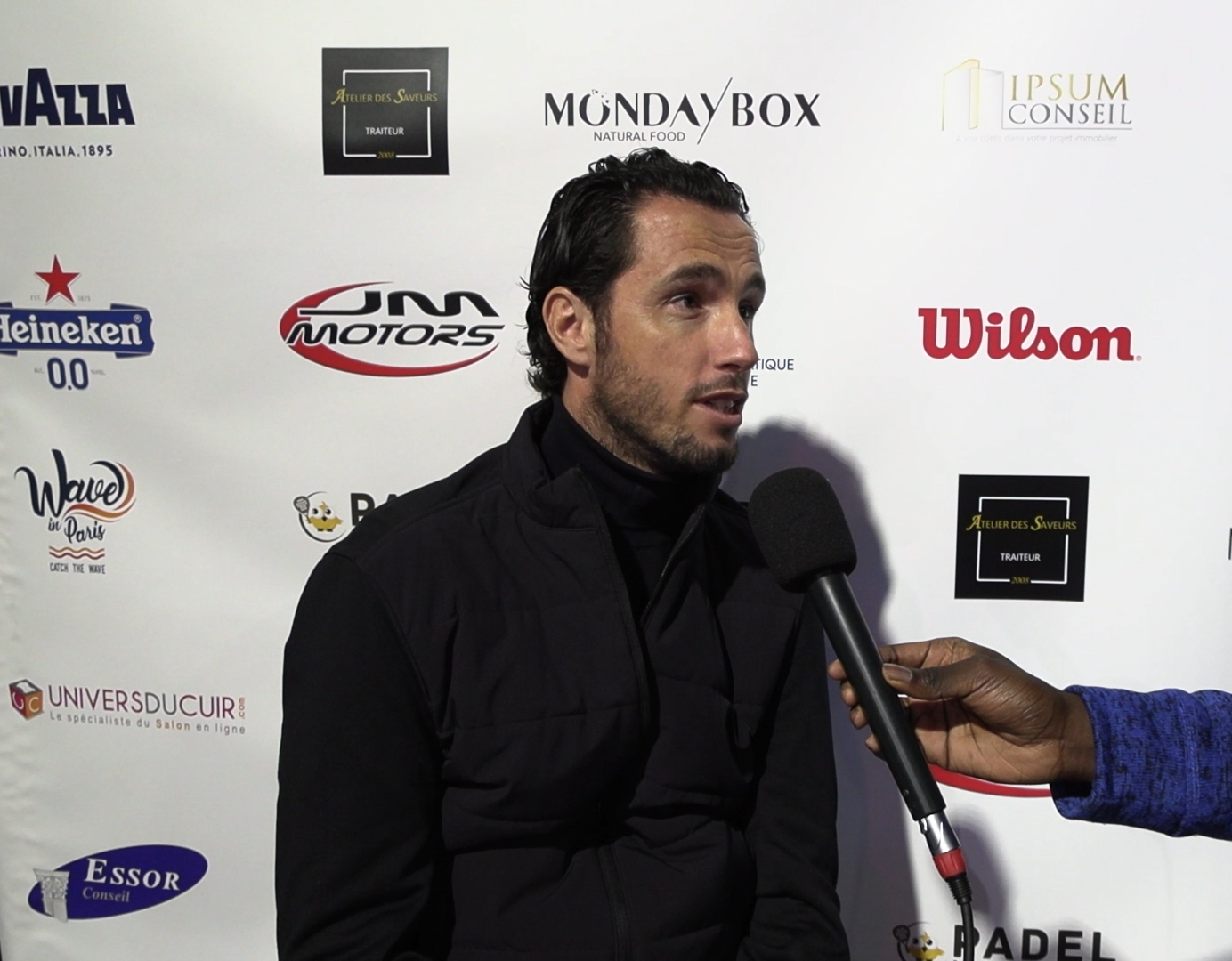 Interview conducted with Robin Haziza, the captain of the French women's team who is also a players' agent, director of the Human Padel Open, consultant… He talks about various current topics.

Padel Magazine : We could see that there was a list of very good French players, both for girls and for boys. But we could see a curiosity, with the presence of Cyril Hanouna in the painting. What is your opinion on that?

Robin Haziza: “What about it, apart from the fact that I think for the sport it's fabulous. One can also easily say that he promotes almost every night the padel on his show, and that might be a just reward. Others indeed would have could benefit from this wild-card, others more deserving. This can be criticized, I understand. But it's a choice of the FFT, it was accepted, we can comment on it, re-comment on it, that's how it is. In any case, there were people watching his match today, it was rather positive, after that I can understand that players would have liked to be in his place. It's also what being a great influencer of the padel today he benefits from that and so much the better for the sport”

“All the P2000s are essential for the coach that I am”

Padel Magazine: Focus now on your role as coach of the France team. What is your point of view when you go to this type of event, do you go with the captain's cap or as a simple spectator but with this supervising eye?

Robin Haziza " No, I am totally in my role as captain of the France team. We have very few tournaments where we can supervise and have the chance to have all the players. Here on this first P2000 there is a general plateau, but beyond this plateau it is the general level which increases. the padel becomes more and more dense. From the first pool matches that I followed yesterday on Facebook thanks to you, we could see that the matches were very intense. There was a surprise with Tiffany and Wendy who lost but against a very good team. To answer your question, I'm here to supervise and chat with the girls because we don't see each other often. There is a team to build and grow with a view to the next world championships. All the P2000s and tournaments are essential for the coach that I am. “

“Between not having an event 3 weeks after Toulouse or not having RG, I choose Roland-Garros"

Padel Magazine : We have Roland-Garros Padel, the human Padel Open (Toulouse World Padel Tour), which arrive. In your opinion, will these events promote the progress of the padel in France exponentially where is it just a step in this process?

Robin Haziza : “I think we can only be delighted with what is happening in France, for 15 years we have had no, or very, very few international events. We are the first nation to welcome a World Padel Tour open and a Premier Padel Major. Roland-Garros is obviously historic, it speaks to the whole world. It speaks to the community padel and especially to the non-community padel, it's going to be a very good spotlight. De facto, it will benefit the development of the padel worldwide and of course padel French too.

We can imagine that people from Toulouse or people living in Occitania through Roland-Garros communication tools will see that there is a similar or almost similar event in Toulouse. Maybe that will help get more viewers. After WPT or Premier Padel it's the padel who wins. We will have the best players on the planet at Roland-Garros too, it's really an exceptional exhibition. It's also great for our French people because they will be able to rub shoulders with the best players both on the WPT and at RG.

Padel Magazine : As director of the WPT Toulouse, how are things going, how is the organization going, did you encounter any problems during the preparations?

Robin Haziza : ” Problems, I think that for any type of large-scale international event there are daily problems to manage, it's our daily life. But that's part of the game. On the other hand, we are super enthusiastic about the welcome around this event, the community padel responded present and we sold almost all the tickets (Saturday and Sunday). We have a hospitality section which is very full with many partners who follow us in the adventure, it remains a first. Even if RG arrives, we will be the first to organize this kind of event, no, it's going pretty well. We hope that it will be a very beautiful celebration of the padel, this is the main thing and then at the end we will do the accounts.

The idea is for it to be a great popular and media success, and I think that for the moment we are doing the job well.

Padel Magazine : This time I'm talking to Robin Haziza the consultant. We could see that Canal + had recovered the rights to the WPT Masters Final last year, beIN Sports which is in charge of the Premier Padel, would it be possible for you to be found on one of the two channels as part of a WPT or a Premier Padel ?

Robin Haziza : “I am not responsible for sports either at Canal or at beIN, all I know is that Canal has planned to broadcast WPT events and in particular the Human Padel Open in Toulouse. Consultant during the event, I will not be because I will be a little in the oven and the mill to manage all the problems and the constraints of an event. Afterwards, it's a role that I like, I found it super nice and I hope that the viewers also appreciated the comments and I'm open to everything.

I believe that to date Canal + has really planned to broadcast various WPT events, beIN is also taking over on RG and others. Again for the padel, it's fabulous lighting and focus. We know that TV is an essential lever for the growth of a sport, we are lucky to have two historical broadcasters and very focused on sport, so we are not going to complain about it.