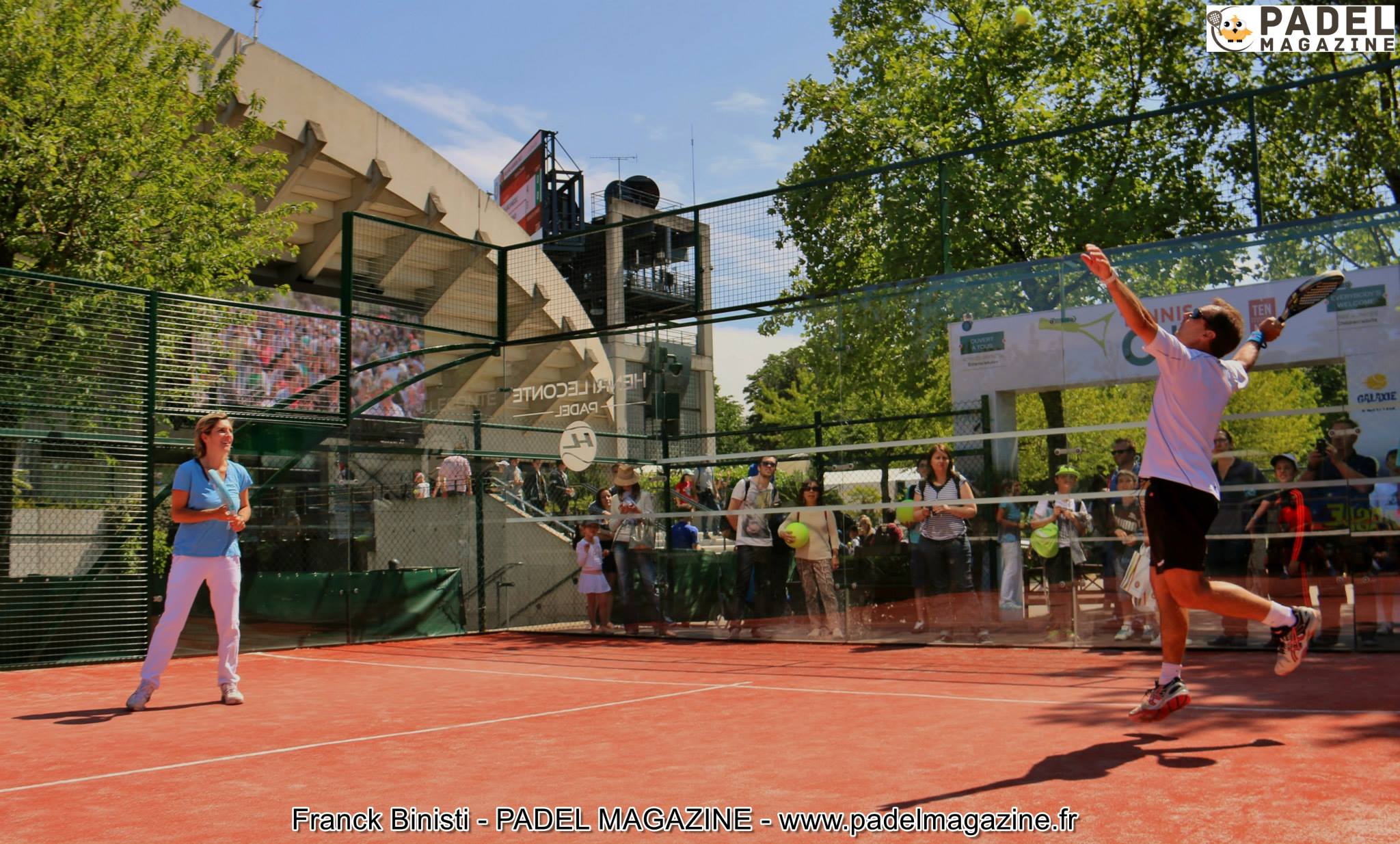 Roland-Garros and the padel, what if it was the start of a Big story to allow our sport to rise very high.

One of the most famous French aviators could thus also carry the beginnings of this new impetus of the padel French and even international.

In 2021, le padel should settle in Roland Garros for a long time.

Despite the crisis, RG a booster for the padel

Roland Garros, the tennis internationals of France, is one of the biggest sporting events in the world. Despite the health crisis and the strict protocols that the FFT will have to put in place to allow this tournament to take place in the best possible way, the padel will benefit from its international image.

Remember, in 2015, before the major works of RG, a land of padel had been set up on the former ground n ° 13, next to Suzanne Lenglen. Remember, the strength of this Roland Garros echo. Media from all over the world had discovered this sport. We were then able to witness the impact of Roland-Garros on the padel.

The new team at the head of the French Tennis Federation led by Gilles Moretton warned: “We're gonna do great things in the padel".

The impact of Roland-Garros on the padel tenfold

Today, the padel is developing at high speed on all continents. The place of padel in many countries has changed enormously in recent years.

Le padel was even one of the rare sports to take advantage of the health crisis to become more democratic as never before in France as elsewhere.

This 120th edition of the 2021 French Tennis Open will take place from May 24 to June 13, 2021 and will mark the starting point of a major policy of communication and democratization of the padel for the FFT.

Unlike 2015, the FFT could observe a more local audience than normal. Usually crowded aisles will have to be removed because of protocol limits and restrictions.

But don't think that this could limit the impact of a padel at Roland Garros.

First, the media and social networks will allow this work to be done. The media appreciate extra-tennis matters. Especially since the padel is fashionable sport.

Arnaud Di Pasquale, the Director padel of the FFT, also explained to us that he intended to bring in tennis players, personalities to shed light on this sport. A real organization will be put in place to make the most of the reputation of Roland-Garros.

A bet on the long term

By appointing Arnaud Di Pasquale at the head of padel French, the ambitions are assumed. The former tennis champion is a big fan of padel since many years. With Stéphane Berrafato, one of the pillars of padel French at the FFT since 2014, the pair seems strong.

For 2024, the FFT would count on 500.000 practitioners against 110.000 today. This is an estimate and these numbers should be taken in perspective. Indeed, when we analyze the Spanish market, we realize how much of a leisure sport it is. For example, there are about 2.5 million practitioners in Spain for less than 100.000 licensees padel. The ratio of Practitioners / Licensees is low: 1 licensee for every 25 practitioners.

In France, we are already doing better: there are 110.000 practitioners for 12.500 licensees, or about 1 licensee for 9 practitioners. The bar of 100.000 licensees padel seems very ambitious for 2024, but at the point where things are going, we start to dream. It is not our Swedish friends who will say the opposite!